A look at the Latin American dictatorships highlights the importance of the Catholic Church in the legitimisation of violence, even after the Second Vatican Council.1 In the years of the last military dictatorships in Chile (1973-1990) and Argentina (1976-1983), the ongoing political and public influence of the Church existed, in parallel with the potential of Christian religion to legitimise violence. That is why the analysis of this relationship between religion and politics helps in understanding the public role of the Catholic Church and the dimensions of violence during the regimes. In my article published in the Journal of Latin American Studies I try to give an empirical study of a key institution in this symbiosis between Catholicism and militarism, the Military Vicariate, since they were located, by definition, exactly on the boundary between religion and politics, the Church and the state.2

The article shows that there are similarities but also differences in the religious legitimization of violence provided by the military clergy in Argentina and Chile. Although arguments based on Christian belief were used in both Chile and Argentina to legitimise the fight against communism, there was a much stronger relationship between religion and the concrete violence administered in Argentina than there was in Chile.

The text argues that this differences can be explained in terms of the attitudes of the military clergy in the two countries. In addition to their ideological orientation, two further factors explain the influence of the military clergy over the discourses that legitimized the regimes: first, the structural position of the vicariates between the Church and the armed forces, and, second, the two dictatorships’ different needs for legitimisation.

The institutional integration of the Military Vicariate

To understand the attitudes of the military clergy, it is important to look at their institutional integration. Military Vicariates are the very embodiment of ‘institutional duality’ between religion and politics, Church and state.3 Here, the Argentine vicariate is no exception. Although appointed from Rome, the military vicar must be approved by the Argentine president and is paid by the Ministry of Defence. The vicariate, which was established in 1959, is, therefore, financially dependent on the state.4 Unlike Chile, where their counterparts are always commissioned, Argentine chaplains are not always awarded a military rank.

The military vicar, who in Argentina is always a bishop and, at least until the 1980s, one who was notable in terms of both personality and rank, heads the institution. The Archbishop of Paraná, Mgr Tortolo, who also presided over the Bishops’ Conference until 1976, held the position from 1968 to 1982. His prominence highlighted the close-knit relationship between the Church hierarchy and the Military Vicariate in Argentina, which did not exist in Chile.

The role of the Military Vicariate

The spiritual formation of the troops in Argentina involved – as shown in the article - a clear ideological indoctrination, which was maintained during the 1960s and 1970s, and preserved, and even strengthened, by the dictatorship after 1976. From the military clergy’s own perspective, its religious influence over the military hit a high point during the dictatorship.

Christianity’s potential when it comes to legitimising violence is discussed further in the article. Aware of this potential, the military leadership entertained certain expectations of the military clergy, and acknowledged and encouraged the blend of religious and ideological instruction received by the troops. Nevertheless, the generals were also aware of the problem that state terrorism posed for the Christian legitimisation that the regime required. In the view of the armed forces, the clergy’s job consisted of unmistakably and consciously legitimising violence. This is clear in General Benjamín Menéndez’s appeal to the military clergy from 1976:

“Chaplains should morally endorse this struggle and tell us that our endeavor is a crusade, in order to distinguish it from violence in general, against which so many cry out”.5 In accordance with the ideological spirit of the vicariate, the military clergy acceded to the request.

In particular, it was the heads of the Military Vicariate, the vicar and provicar, who insisted, before both troops and chaplains, on the Christian motivation of the fight against subversion. Tortolo, for example, referred to Thomas Aquinas and Pope Pius XI in order to apply the theory of legitimate defence to the fight against communism. In an exemplary manner, his words express the view that the vicariate held of its mission quite explicitly:

We must not forget that legitimate defence is ‘legitimate’. Also bear in mind that subversive criminals are generally saturated by an ideology that even prompts those detained to say ‘I will kill again’. Those who defend their country in the name of the fatherland do their duty by engaging in warfare. And Thomas Aquinas studies the subject of war in his chapter on the virtue of charity as an act of love.

Let us, therefore, be delicate and also balanced in order properly to gauge the enemy, whom, in 1925, Pius XI declared ‘intrinsically perverse’ and who have become more specialised in their malice. Let us give ourselves and the armed forces the theological motives required in order to act without fear and according to conscience.6

There was, therefore, no reason to have doubts about acts of violence because when the military was defending itself against an ‘intrinsically perverse’ enemy, it was performing an act of love towards its fellow men.

Argentine history, in which religion has always been entwined with patriotism and politics, can explain this religious transfiguration of violence. The explicit symbiosis between the Military Vicariate and the armed forces in Argentina can only be understood in the context of the ‘Catholic nation’ outlined in the article.7 During the military dictatorship, this led to religion going beyond its instrumental role as a means of legitimising violence and violence itself acquiring religious attributes. This meant that some really believed themselves to be in possession of religious truth, for which they had to fight and, in this struggle, mechanisms which might limit violence no longer existed. For this reason, one can argue that the fight against subversion in Argentina was also a fight for religious values, and one in which the Military Vicariate played a significant role. This would appear to be one explanation for the immense scale of state terrorism in Argentina, given that this religious dimension of violence did not exist in other cases; in Chile, for example.

The institutional integration of the Military Vicariate

The Chilean Military Vicariate is the oldest in Latin America. The Pope established the institution in 1910 to hand responsibility for the pastoral care of all Chilean soldiers over to the military vicar. The vicar is appointed following consultation with the Chilean government and automatically receives a commission (as a general if he is already a bishop, or colonel if not). Since the state paid the military clergy during the dictatorship, as in Argentina, the vicariate not only depended on it financially, but also held a clear position within the military power structure.8 It would seem, however, that the military clergy in Chile formed a more integral part of the structures of the state and their direct position within the military hierarchy implied a lack of independence with respect to the actual community under their care. This led to the military clergy being isolated within the national Church.

As a result, the military clergy always endeavoured to present themselves as an integral part of the Chilean Church and acknowledged the importance of ecclesiastical unity.

The role of the Military Vicariate

But in Chile, although the military clergy’s patriotic endeavours legitimised the coup and the military government, therefore, implicitly justifying the violence of 11 September, this was not extrapolated to the repression that the latter practised after the coup.

In the vision and the statements of the Chilean vicariate, cited in detail in the article, there was no reference to ‘Just War’. There was no talk of ‘legitimate defence’ or a crusade. Instead, violence appeared more as ‘the price to be paid for calm, order and social peace’.9 The legitimisation of state terrorism, while not altogether absent, was not religiously charged, in contrast to Argentina.

This can be explained not only by the different political situation in each country, calling for the military to resort to different legitimising arguments, but also by the relationships between the two Military Vicariates and their respective national churches. The criticism of the military government voiced by many Chilean bishops made it difficult for the military clergy openly to legitimise repression, because this would mean publicly contradicting the rest of the Church.

The ideological instruction received by troops in Argentina concurred with the view of the majority of the country’s ecclesiastical hierarchy, but in Chile, the military clergy faced ever-growing opposition from the bishops. The need for legitimisation was also different in each country: in Chile, it was necessary to justify, above all, a coup against a democratically elected government while, in Argentina, the Church and the armed forces had worked in unison for a long time and there existed a long tradition of military governments. This meant that although the Chilean military clergy regarded evangelisation as a patriotic duty, violence against the ‘communist enemy’ did not form part of the religious legitimisation that, unlike its Argentine counterpart, it was prepared to provide. In both cases, the relationship between those at the intersection between religion and politics shaped the way in which Catholicism was used to legitimise violence. The different ways in which the relationship between Church and state developed in each country also explains the different ways in which Catholicism was used.

2 Doris Bergen, ‘Introduction’, in Doris Bergen (ed.), The Sword of the Lord: Military Chaplains from the First to the Twenty-First Century (Notre Dame, IN: University of Notre Dame Press, 2004), p. 16. 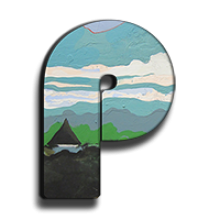