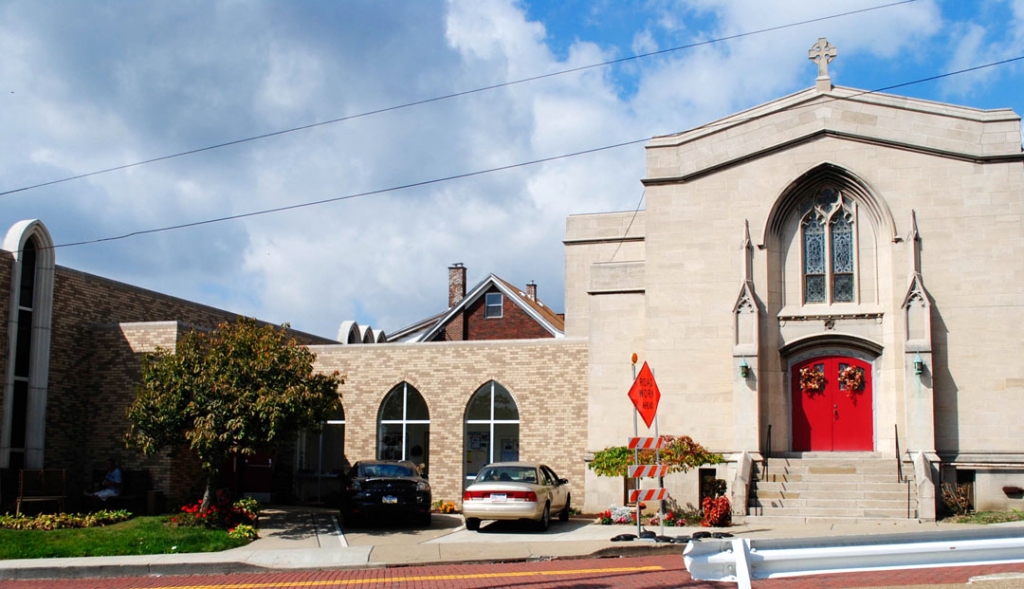 Casa San Jose is a community based non-profit organization that works directly with the Latino community providing integration services and empowering families to be self-sufficient. With their offices based in Brookline, Pittsburgh, Pennsylvania the organization devotes most of its efforts towards social services to help the community navigate their transition in the United States.

The organization not only works to provide on-the-ground assistance to immigrants, but they also meet with politicians of all levels of government, legal representatives, law enforcement, and human service agencies.

Casa San Jose provides services including but not limited to:

Below is an interview with the Director of Casa San Jose, Sister Janice Vanderneck (pictured on the right):

How did Casa San Jose come to be and who were the people involved to push forward the organization? 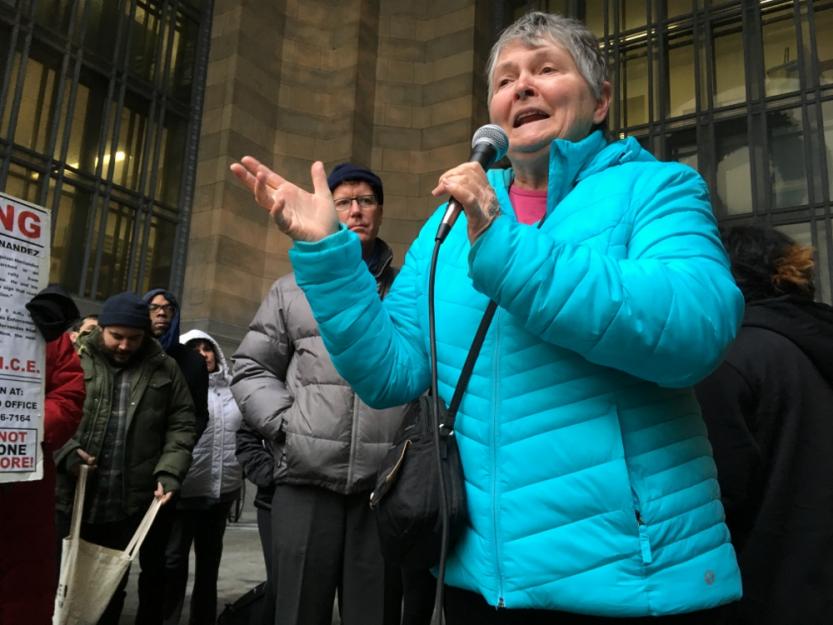 In 2003 I began this work and did it as a part of the diocese of Pittsburgh until that grant ran out in 2008. And then for a number of years I did various other things, but always the Latino clients whom I got to know and parishioners at Saint Regis Parish would stay in touch with me and they would still be asking my help for various needs and that made me realize there wasn’t a general social service agency to take place of what had been originally at Saint Regis Parish in Oakland.

So in 2012 the sisters of Saint Joseph’s said to me, “You know, you have this passion for Latino immigrants, you have this desire--apparently the need is still there. Why don’t you search out if you can start a ministry under the Sisters of St. Joseph?” So I spent until July of 2013 going and visiting different agencies in the United States that are run by Catholic sisters and service Latino

immigrants so that I could learn and searched for a place because I had no money for rent or anything like that--I hadn’t done any fundraising for anything like that. I checked with a lot of places, and this church in Brookline, Saint Mark’s Lutheran Church, was the place that I landed on because they were so welcoming  and because they offered the space rent-free and we don’t pay for utilities either. So the sisters of St. Joseph’s gave my services as the director and then we opened our doors in August of 2013.

Now shortly, after that in the spring of 2014, we got a wonderful grant from Allegheny County Department of Human Services (DHS) to hire two full-time workers doing social services coordinations. And at the same time, Latino Family Center got the same grant so now there is ample opportunities for the people to receive social services in Spanish that were not available before.

The grant that is given to us to do social services is called ISAC (Immigrant Services and Connections).

And that is through the Allegheny County Department of Human Services?

Yes and there are six agencies that are involved in it. One is the Greater Pittsburgh Literacy Council that does English as a second language and that is why they were a natural fit because they do interact with immigrants. Three other agencies are refugee resettlement agencies working with refugees in Pittsburgh. And lastly, the Latino Family Center and Casa San Jose are Latino immigrant-serving organizations.

What are a few of your services that you think are the most beneficial for the Latino community?
Well as I said, ISAC provides social services coordination and that is absolutely essential and that is not unique to Casa San Jose--the Latino Family Center also does that.

We also have two very important groups for youth. One meets on Saturdays and it is called Bridges to the Future and it is children from the ages of 8-14 that is just a super group. It is done in partnership with Brookline teen outreach and it provides a space where Latino kids can practice English if they need to--some of them are new speakers of English, enjoy activities together, form friendships, and most especially, appreciate their culture and learn to value their Latino culture which gets sort of subsumed and sometimes even worse the kids feel ashamed of it in the general school or neighborhood populations.

We have a group that just started recently at Brashear High School which is heavily populated by immigrant youth so we have a group with the Latino immigrant youth on Thursday afternoons. That is an opportunities to practice English with volunteers and it is a space where they can appreciate their Latino culture and get support on how to bridge being Latino in the United States from mentors.

We have a community organizing part of our service: we had a full-time worker and a part-time youth worker. That part is very centered around immigrants rights and as well as organizing for political change--advocacy. The ultimate goal being comprehensive immigration reform, but in everything we do we try to promote immigrants life and integration, acceptance, and welcome in Pittsburgh. So we are facing a very strong battle right now.

What has been the most rewarding aspect of working with the community for you?

For me, it is to enable the people with whatever support we can provide for them to integrate and do well in this new home of theirs. I can mostly see that in the youth--being able to graduate high school which is a big step, sometimes they are the only person in their family to have ever graduated high school. If they are eligible, some of them have gotten DACA in the past which allow them to get work authorizations and a driver’s license. Some of them are American citizens by their birth so they are able to move through and make progress because they have been able to get the support they need.

Just overall helping the clients understand the systems so that they can manage it on their own.

Yea, I like that part. It is not just giving services, but also making sure that they are okay without you later on in the future.

Oh yea, definitely self-sustaining and self-sufficiency is the goal.

I read that you studied immigration law in the past, how has that experience helped you better serve the community?

I did not study immigration law, but I have been working in immigration reform efforts since 2003 so I have learned a lot.

Where did your passion for helping Latino immigrants come from and how did you decide this is something you wanted to invest in?

It probably started when I was five years old because when I was five years old my mother had me start dance classes and in the class we did a dance called Down South American Way. And then, when I was 12 years old my school starting offering Spanish and I loved it, I just loved studying it. So from 12 years on I was hooked, and I loved Spanish. That was also the same time in my live where I wanted to be a sister and I had always wanted to be a sister who served as a missionary. So I did spend four years in the Amazon in Brazil.

So you know Portuguese?

Yes, I speak Portuguese also. So that really solidified my vocation working in the church there because the bishops at that time were real strong, supporters of what they called “the option for the poor” and they felt the church's mission was to be on the side of the poor and advocating for the poor because there was such crushing unjust poverty in Latin America, it still exists. So when I came back to this country from the amazon that left me with a lasting passion to work in social justice, especially persons coming from our neighbors from the south.

Where is the demographic of the Latino community in Pittsburgh come from, what parts of Latin America?

Decades ago, the majority of immigrants were students coming to study at university and/or work in professions involving engineering, researching, etc. A lot came from Peru, Colombia, Venezuela, and probably every other country and a lot of them were English speaking.

In about 2003, the Catholic church saw lots of newcomer immigrants who were blue collar, who did not speak English, and were starting to have babies--mainly Mexican and it is still mainly Mexican. The second largest number would be Guatemalan and Honduran, salvadoreño, Venezuelan, and still a large number of Peruvians and Colombians. And in our roster we see people from all parts of Latin America.

If people speak English, they don’t need us. Our reason for being is to connect people to services because the people are illiterate in their own language not to mention English sometimes or they struggle with English so they us to help them navigate, but not the people who speak English--there are services for them.

So you already touched on some other organizations that you all work with, are there any other ones that you think deserves some recognition as well?

Yea those agencies that I mentioned that are a part of the ISAC. We have a very strong connection with the Department of Human Services of Allegheny County. We don’t partner with, but we certainly work with the Carnegie Library in various locations as well the Allegheny County Library Association which reaches outside the city. And we work with many federally qualified health care providers as well as Catholic Charities of Pittsburgh free healthcare clinic--those are critical connections for our people to have some place to go to access healthcare because the majority of our adult monolingual English speaking population does not have health insurance.

To add, Pittsburgh Public Schools more than anybody. We spend a lot of time sharing information with them. The Allegheny BAR association, but principally the American Immigration Association (ALA), we have become very familiar with immigration lawyers.

For those who would like to be involved, what can people do that would best support Casa San Jose?

Well right now, at this time we are asking people to contact their local representatives in Harrisburg and in Washington D.C. Contact them preferably by phone call, by postcard, or by organizing visits to their offices to express what you feel the country needs to do regard immigrants and we are hoping that message is to welcome and create pathway for immigrants here and their children to have permission to work--that is so needed.