The Truth Behind Banana Republic 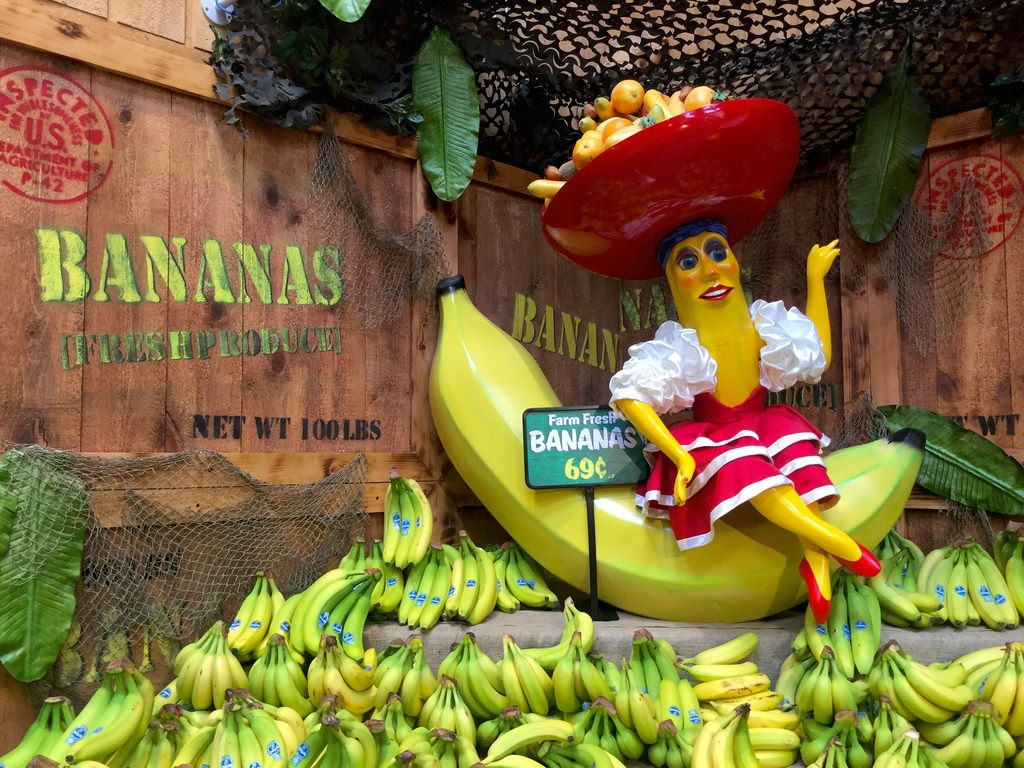 It doesn’t come as news to anybody that we live in a highly controversial world.  Especially thanks to the collaborative environment fostered by social media, revolts have sparked over no less than the changing color of a Starbucks cup and its supposed underlying meaning.  It is therefore quite shocking to me that one store’s name has been completely overlooked in this flurry of arguments and political correctness.

Banana Republic is a popular retail clothing line with locations across the country.  And while a majority of the current generation may not have any insight into the meaning of the name, no less than 50 years ago the term “banana republic” brought with it serious implications.

“Banana republic” is defined as a derogatory term meaning “a small nation, especially in Central America, dependent on one crop or the influx of foreign capital” (Oxford Dictionary).  The term was originally coined by the well-known author O. Henry in 1904 after fleeing to Honduras and seeing such a situation (The Economist 2013).  The country was not alone in the United States’ empirical plan, though.

The year was 1899, and Guatemala was under the control of one of its most repressive dictators, Manuel Estrada Cabrera.  Enter the American corporation United Fruit Company (UFCO), brain child of money-hungry tycoons Minor C. Keith and Andrew W. Preston.  While other corporations were jumping to Latin America to take advantage of its plentiful resources and cheap labor, UFCO wanted those things… and control of railroads, shipping and Central American governments, to meet its ends.  As Peter Chapman says in his book “Bananas,“ they treated countries as their own “private fiefdom” (Kurtz-Phelan 2008).

Keith (who was actually married to Costa Rica’s then-president’s daughter in yet another power-grab) and Preston saw this exact opportunity with the shaky governmental structure created by Cabrera.  By striking deals and helping such a dictator, the United Fruit Company gained massive profit and power in its Guatemalan locations; within two years the company had even been hired by Guatemala’s government to manage the country’s national postal service.

The UFCO continued riding this wave of corruption and underhanded deals, and under Guatemala’s next dictator had gained control of 42 percent of the land in the country, was tax exempt, and had freedom from all import duties (due in part to the fact that it owned Guatemala’s largest shipping port)(United Fruit Historical Society).  The U.S. was directly profiting from this connection, as 77 percent of all Guatemalan exports went straight to the U.S. and received 65 percent of its imports from the country in return.  In addition, the corporation now owned the country’s telephone and telegraph system and almost all of the railroad track within its borders (La Feber, Walter 1996).  Such was the hold of the future Chiquita Brands on the country that it even inspired Pablo Neruda’s work “La United Fruit Co.” in his 1950 work Canto General – here in its original and English translation (http://www.writing.ucsb.edu/faculty/dean/Upload501B-Fall06/PabloNeruda.pdf).

A positive change was long overdue, and the Guatemalan Revolution of 1944 (also known as the October Revolution), demonstrated what some call Guatemala’s “first true election,” with the appointment of Juan José Arévalo.  The country was enjoying the new stabilization and happily welcomed Arévalo’s democratically appointed successor Jacobo Arbenz a few years later (La Feber, Walter 1996).

Arbenz was dedicated to the betterment of his country, but made a fatal error – opposing the ever-imposing United Fruit Company.  The president, in an attempt to redistribute unused land to poor landless farmers and lessen the country’s dependence on the UFCO (which then was the largest employer in Latin America) filed his Decree 900, meant to redistribute these undeveloped lands.  He fairly asked to buy UFCO’s portion of this land (40 percent of their holdings) at the fairly assessed value of the land; however, in keeping with their questionable practices UFCO had understated its land value in the 1952 assessments to avoid taxes.  The company argued, to no avail, that it deserved its real current market value (United Fruit Historical Society).

Angry and licking its wounds, the UFCO returned to its supporters in the U.S. looking for revenge.  Luckily for them, the current world climate amidst the Cold War offered them a perfect opportunity.  As anticommunist sentiments were swirling, Arbenz granted known communists in Guatemala the right to vote.  Although there were only 4,000 such people in the entire country, UFCO rang the alarm and looked to the U.S. government to intervene.

This was incredibly easy, as a large number of players in the government had holdings in the company.  Among them was Secretary of State John Foster Dulles, whose New York law firm Sullivan & Cromwell actually represented UFCO.  His brother, Allen Dulles, had served on the UFCO Board of Trustees, and had also just been appointed director of the newly created CIA.  Even the public relations officer of the United Fruit Company had government ties as the husband of President Eisenhower’s private secretary (The Economist 2013).

But what was President Eisenhower to do?  Following on the heels of Roosevelt’s popular Monroe Doctrine, he couldn’t very well give the impression of attacking a Western ally.  Thus, the newly functioning CIA dove into Operation PBSUCCESS, a covert mission with ends to remove Arbenz from office.  Dulles chose disgruntled Guatemalan official Carlos Castillo Armas to lead a recruited opposition force from within, and on June 17th, 1954, the U.S. government put the plan into action that would mark the start of a bloody age of revolution and reaction (La Feber, Walter 1996).

While the UFCO was busy spreading massive anti-communist propaganda in the U.S. directed towards Guatemala, 150 men were busy invading Guatemala.  The CIA employed multiple deceptive strategies, mostly scare tactics, to intensify the reach of what was in reality a very small operation.  A small set of planes bombed strategic points in Guatemala City, jammed Guatemalan radio signals, and took control of broadcasting to transmit propaganda messages that magnified the actual scale of the revolution.  Arbenz unsuccessfully reached out to Eisenhower himself for help, unaware that his supposed ally was one of the masterminds behind the attack (La Feber, Walter 1996).

Over the next 40 years 200,000 people in Guatemala alone were killed in guerrilla attacks, government crackdowns, and civil wars that broke out across Latin America (Schlesinger 2011).

The United Fruit Company went on to enjoy 90% of the market.

While this example clearly demonstrates the maniacal hold the United Fruit Company held on Guatemala, it is even more important to remember this is only one of the thousands of examples of companies that has taken advantage of the concept of these “banana republics.”  As our world continues to shrink in this globalizing age, it may be more important than ever that we remember histories such as this one and fight for ever more transparent companies and fair trade laws to avoid repeating the past.