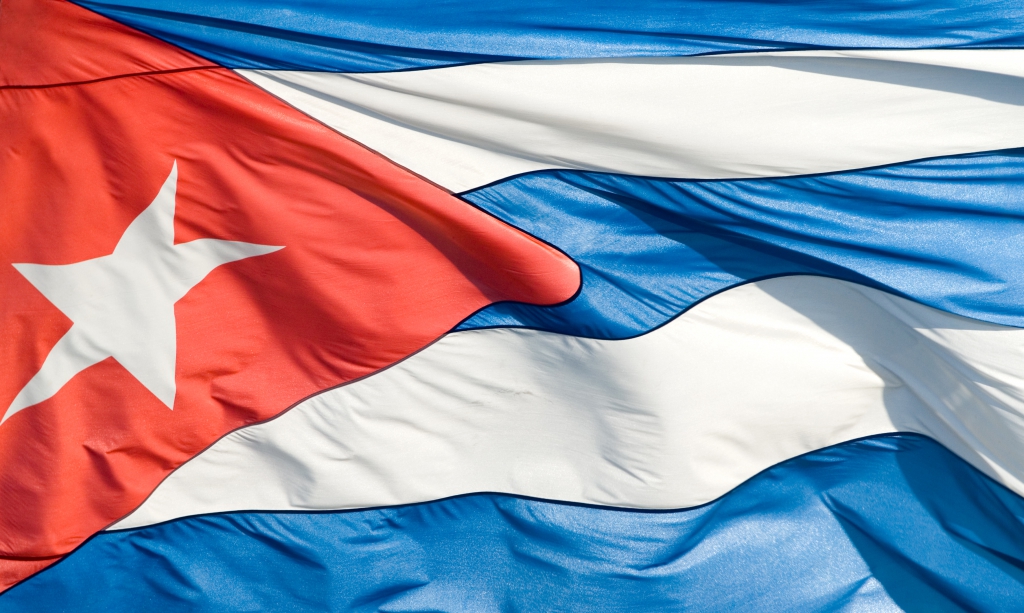 SYNOPSIS (English):   This is the second chapter of a three parts article.  In this extended obituary I honor the memory of my four-decade friend, Álvaro Ínsua (1935-2019).  I highlight his connection with the ill-fated socio-anthropological research project in Socialist Cuba in 1969-1970 led by the famed U.S. anthropologist Oscar Lewis and his colleague Douglas Butterworth that focused on Lewis’ much-debated “culture of poverty” theory.  Indeed, Álvaro’s collaboration with the Lewis-Butterworth project landed him in prison in Cuba for six years given that the regime spied on the researchers 24/7.  This case makes Ínsua historically a de facto casualty of anthropological investigation, yet, relatively little has been written about it, a gap that I attempt to correct from a personal perspective.  I further endeavor to place his sad story in the wider corpus of the á propos literature on Cubanology and the history of anthropology.  The first chapter that preceded this second installment, outlined Ínsua’s life history, and the third forthcoming chapter will conclude the narrative.

III--THE LEWIS-BUTTERWORTH PROJECT:   As I have written before, the 1969-1970 Lewis-Butterworth undertaking is still, bizarrely, among the least-known accounts of the early effects of the Castro family’s ruling.  Although there are various writings about this project’s, only a few highlight Ínsua as a its major casualty.

Supported by generous U.S. grants, Lewis and Butterworth intended to test --among other things-- Lewis’ own controversial theory for which he was best known: the "Culture of Poverty" (hereafter CoP), though technically more of a sub-culture of poverty.(7)  The professors had hypothesized, if naïvely, that a CoP would not exist in a Marxist-oriented society as they presupposed that the socio-economic alienating conditions that engender it could develop among the poor solely in so-called capitalist economies,  never in socialist ones.  Influenced by Marxism, Lewis had cleverly problematized the commonalities of the poor’s elusive quandary in well-known prior studies, notably among Mexicans and Puerto Ricans (Dike, 2011).

While poverty is defined in relative terms, the CoP was conceptualized as an amorphous corpus of socially-transmitted and interrelated values, such as: abandonment, alcoholism, authoritarianism, deficient work ethic, domestic abuse, concubinage/illegitimacy, belief in the occult, fatalism, homophobia/machismo, , sexism/misogyny, matrifocal families, hopelessness, low social-civic/class consciousness, suspicion of authorities (while still holding expectations on government dependency), and particularly, instant gratification/present-time orientation.  This psychology of the “oppressed poor” was considered a key obstacle to achieving vertical socio-economic mobility even in fluid social-class, more open societies, such as the U.S.  Not all poor individuals develop a CoP, but being poor is a sine qua non condition (Bustamante, 2013).

Ever since its early stages as a separate discipline in the mid-1800s, anthropology’s cornerstone has been the concept of “culture” (Abrams, 1971).  A century-and-a-half later the notion drifted to everyday language; to wit, statements such as “a culture of corruption” became common in the media in reference to mindsets in government and businesses.  I prefer the interpretation of culture by my own Pitt co-mentor, John Roberts (Alum & Bolton, 1999): “a system for storing and retrieving information,” which fits with the Lewis-Butterworth approach.

Despite various misfortunes described below, four books resulted from the project, albeit ten years later.  The first, the LIVING THE REVOLUTION (1977-1978) trilogy, was co-edited posthumously for Dr. Lewis by Mrs. Lewis, together with politologist Susan Rigdon (who was not part of the field research).  I was fortunate to review volume two, FOUR WOMEN, as well as Butterworth’s separate tome, THE PEOPLE OF BUENA VENTURA (1980), at the invitation of the Pitt-published CUBAN STUDIES journal (Alum, 1982).

With unusual initial top-level governmental welcome, one of the principal Lewis-Butterworth investigations entailed comprehensive interviews of former Havana slum-dwellers resettled in new public-owned buildings.  In the fourth independent tome, which was more revealing than the trilogy, Butterworth (1980) admitted with clear disenchantment that their research found sufficient social symptoms that met the CoP criteria.  Thus, the early hypothesis expecting its absence under socialism was invalidated [See Note 7].

IV--ENTER THE ÍNSUAS:   Lewis and Álvaro met at the Cuban Academy of Sciences, where Álvaro was basically a bureaucratic statistician after he had been fired from the university.  He and wife Greta developed a social relationship with Lewis, becoming pro bono collaborators and even “informants,” as we call them in anthropology.  According to the couple, Lewis also incorporated Greta into the project’s staff reporting directly to him, though she “declined pay” per se, because she just wanted “the honor of helping” in the peculiar study.  Lewis reciprocated with occasional gifts (such as perfumes, home decorations, toys for Manolo, etc.) that he mostly brought from his sporadic trips abroad.

Unfortunately, as well-documented later, the regime continuously spied on all aspects of the project, through electronics, household and office staff, and the official Communist Party Youth’s field “assistants” assigned to the foreign anthropologists (McDowell, 1981).  Key historical aspects of the project --as interesting as the resulting books-- are related by Mrs. Lewis in her "Foreword" to FOUR MEN (1977), as well as by Halperin (1981) and Donate (2011).  Furthermore, since my 2015 PANORAMAS publication on the study’s misfortune, two other authors have published insightful pieces about it: Guerra (2015), and also Acebo (2020-a), to whom I provided some information of my own [See Note 1].

Much has been speculated as to what happened next, but it appears that the qualitative and quantitative data gathered through Lewis’ typical collection of oral life-histories were revealing dissent in the most vulnerable population, and especially unexpected, the obvious existence of a CoP a full decade into the regime.  What was worse, as Butterworth (1980) clarified, the CoP “discovered” was not necessarily a survivor of the pre-Castro ancien régime era, but rather, “a post-revolutionary” development since 1959 (Alum, 1982, 2015).

Abruptly, the government cancelled the project (Bustamante & Lambe, 2019:12).  Much of the research material and costly imported equipment were confiscated, except for some documents that had been sent abroad earlier with Israeli diplomats.(8)  Nevertheless, the foreign team members were declared personae non gratae.(9)  Even Raúl Castro publicly accused the Lewises later of being “US spies” (Guerra, 2015:68).  Worse still, Ínsua suffered six long years of incarceration for his involvement; Greta, albeit harassed, was spared jail. Sadly, Lewis [Dec./25/1914–Dec./16/1970] died soon after returning to the U.S.(10)

Notwithstanding, I am unaware of any professional organization or foreign academician --other than Halperin (1981; and later myself)-- complained about the Lewises’ expulsion and Álvaro’s incarceration.(11)  By contrast, other victimized contemporary Cubans, like poet Heberto Padilla, benefitted from international campaigns of support [See Note 9].

(7)  The CoP idea has been dismissed by many critics, and Lewis is still bitterly, if rather unfairly, rebuked in certain intellectual circles for “insensitively blaming the poor,” as the late Marxist anthropologist Helen Safa complained to me.  Notwithstanding, Lewis’ conceptions presented the ingredients for social-scientific theory building.  I found particularly useful for my own Dominican studies, and among U.S. Hispanics, his ingenious idea of “the archaeology of the living,” i.e., the material culture (e.g., Alum, 1985).  For sympathetic biographies of Lewis, see Butterworth (1972), Díaz-Barrriga (2020), and Rigdon (1988),

(8)  Guerra’s (2015) article in particular validates the regime’s long-standing vast internal espionage apparatus, worse than that of the 1930-1961 Trujillo brothers’ Dominican Republic dictatorship (Alum, 2019).  She had the advantage of having researched in the complicated Lewis’ archives at the University of Illinois (and so did Dike [2011]).  Guerra also interviewed Donate (2011), now exiled in the U.S., who was one of the Communist Youth interviewers.  I interviewed Dr. Donate too in early 2017 during a visit of hers to New York; we have kept in sporadic contact since.

(9)  The following year (1971) Castro declared another persona non grata: an internationally respected writer, Jorge Edwards (1973), who was, paradoxically, the ambassador of Chile’s elected socialist President Salvador Allende (Alum, 2014).  The charge vs the diplomat was his merely interfacing with Cuban writers perceived as non-compliant with the government, such as the cause celebre poet Heberto Padilla [1932-2000].  Indeed, although arrested for a while, Padilla was luckier than Álvaro, as he had various foreign luminaries intercede in his behalf, e.g., Octavio Paz, Susan Sontag, and Mario Vargas-LLosa.  Padilla was eventually allowed to abandon Cuba, settling in New Jersey, where I interviewed him and wife Belkis Cuzá <https://es.wikipedia.org/wiki/Heberto_Padilla>.

(10)  Mrs. Ruth Maslow Lewis [b:1916-d:2008] died in Arizona, in April/2008 <https://www.news-gazette.com/obituaries/ruth-lewis/ articleb9d963d2-7f3c-5eab-a787-a0df70ab1d29.html>.  As another coincidence, I was a Pitt graduate school classmate of Doren Slade, whose mother was a cousin of Mrs. Lewis and her renowned psychologist brother Abraham Maslow.  Doren and I collaborated in projects together, and I authored her ANTHROPOLOGY NEWS obituary (Alum, 2021).

(11)  Halperin (1981) was a Marxist academician victimized by the 1950s anti-Communist McCarthy era, yet, he worked for U.S. intelligence agencies, but later self-exiled in México and later in Moscow, where he coincided with Ernesto “Che” Guevara in 1962, who invited him to Cuba.  There, Halperin taught at the University of Havana and “consulted” for the government (Kirschner, 1995).  But in 1968 he fled to Canada, teaching at Simon Fraser University.  He had been a friend of Lewis in the U.S., whom he warned during personal meetings held abroad about the risks of researching in Cuba.  Disappointed with Communism in general, he produced three revealing books on Cuba, in the second of which (1981) he devoted a detailed chapter to Lewis’ “unfinished project.”  He critically differed with Ruth Lewis’ (1977) version of the Cuban project debacle.  Interestingly, after Halperin’s death it was discovered in the post-Soviet Venona Project that the prior suspicions vs. him as a Soviet agent were not unfounded (Benson, 1996).  Still, I am curious as to why he wrote so much about Cuba’s socialist dictatorship and little about his equally unsatisfactory experience in Russia.