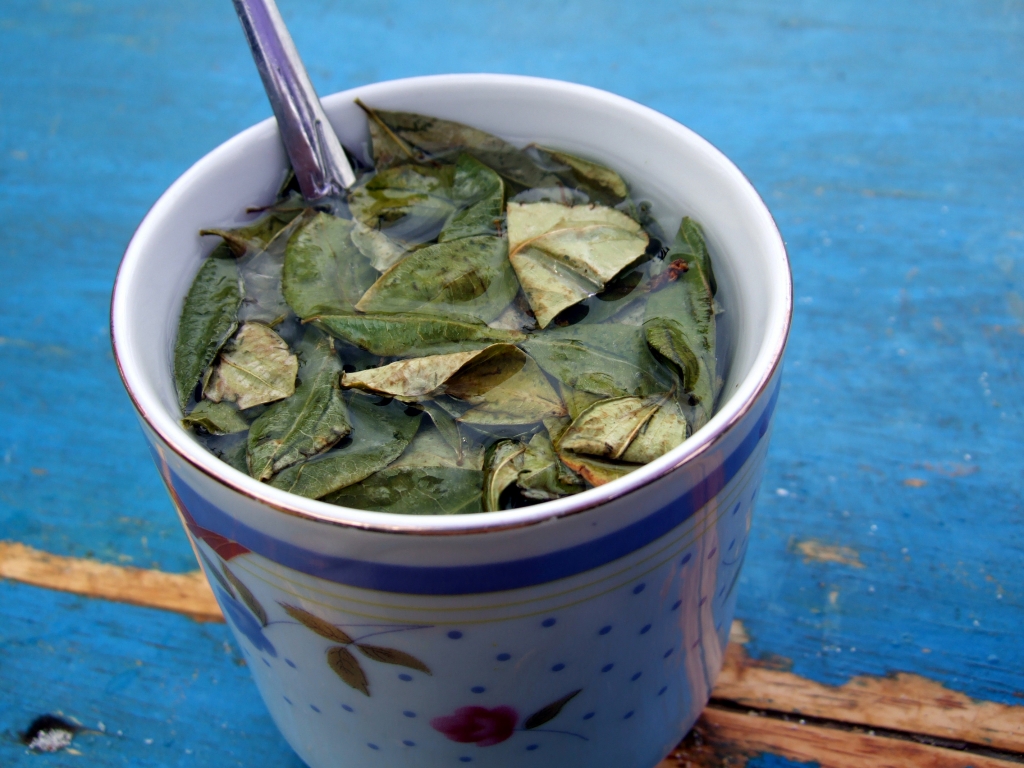 Every day, millions of people in the Andes use coca like people in North America use coffee; they brew the leaves in hot water to make tea; some chew on the leaves to reenergize at work. For centuries, Andean populations have cherished the health and spiritual benefits of coca. In both uses, coca acts as a mild stimulant––like coffee––that can also suppress hunger, thirst, pain, and fatigue, and even relieve symptoms of altitude sickness.

Unfortunately, the majority of the rest of the world only understands the coca leaf as the origin of the recreational drug, cocaine, and turns a blind eye towards the differences between cocaine––an artificial, man-made substance––and the coca leaf––a naturally occurring, medicinal plant made up of minerals, essential oils, and the alkaloid cocaine. The alkaloid cocaine gives the coca leaf its stimulant properties; it is also what enables the production of the drug cocaine.

Without the coca leaf, there would be no cocaine; but unlike the coca leaf, which people have used for centuries without harm, the pure alkaloid cocaine wasn’t obtainable until 1860, when Albert Niemann, a German chemist, isolated the alkaloid from coca leaves, and paved the way for cocaine production.[1] From there, other European and North American scientists and doctors, such as Sigmund Freud, used cocaine for anesthetic and other “medical” purposes until the early 20th century, when problems of addiction and “moral ruin” became apparent as consequences of cocaine use.

In 1952, the World Health Organization’s Expert Committee on Drugs Liable to Produce Addiction concluded that, “coca chewing comes so close to the characteristics of addiction... that it must be defined and treated as an addiction” and informed this to the Commission on Narcotic Drugs with the hopes of eradicating the growth and use of all coca, including in traditional Andean practices of chewing and brewing.[2]

Conventions in 1961 and 1988 extended world leaders’ efforts to eliminate the cultivation of coca, the latter of which forced countries to criminalize the cultivation of the coca leaf and subsequently reduce cocaine production. However, attempts to reduce cocaine production demand the deterioration of culture; in reducing coca leaf production, ways of life that have been engrained in South American populations for over a thousand years disappear as a consequence of Western civilization’s initial manipulation of the alkaloid cocaine.

In 2009, in an attempt to eventually remove the coca leaf from the 1961 Convention, Bolivia’s president Evo Morales sent a letter to the Secretary General of the United Nations, Ban Ki Moon, requesting the end of the ban on chewing of the coca leaf. (Morales himself comes from a family of coca growers, called cocaleros.) Unfortunately, objections to Morales’s proposal outnumbered statements of support, leaving the coca leaf on the 1961 list of banned substances.

That many countries want to eradicate the use of the drug cocaine is perfectly acceptable; however by equating the drug cocaine with the coca leaf, there is no room to respect the medicinal and cultural benefits of coca. Cocaleros believe that they could create a coca industry not based in the export of cocaine paste, but in health goods such as elixirs, herbal teas, and toothpastes.[3] As long as cocaleros are forced to rely either on local demand or demand of the illegal cocaine trade, as long as coca remains a banned substance, cocaine production will remain. By legalizing coca cultivation and expanding the coca industry, coca would be used for the production of safe, healthy products, and would enable coca growers to sell these goods to a much larger consumer base.