Some Parallels of Two Caribbean Dictatorships 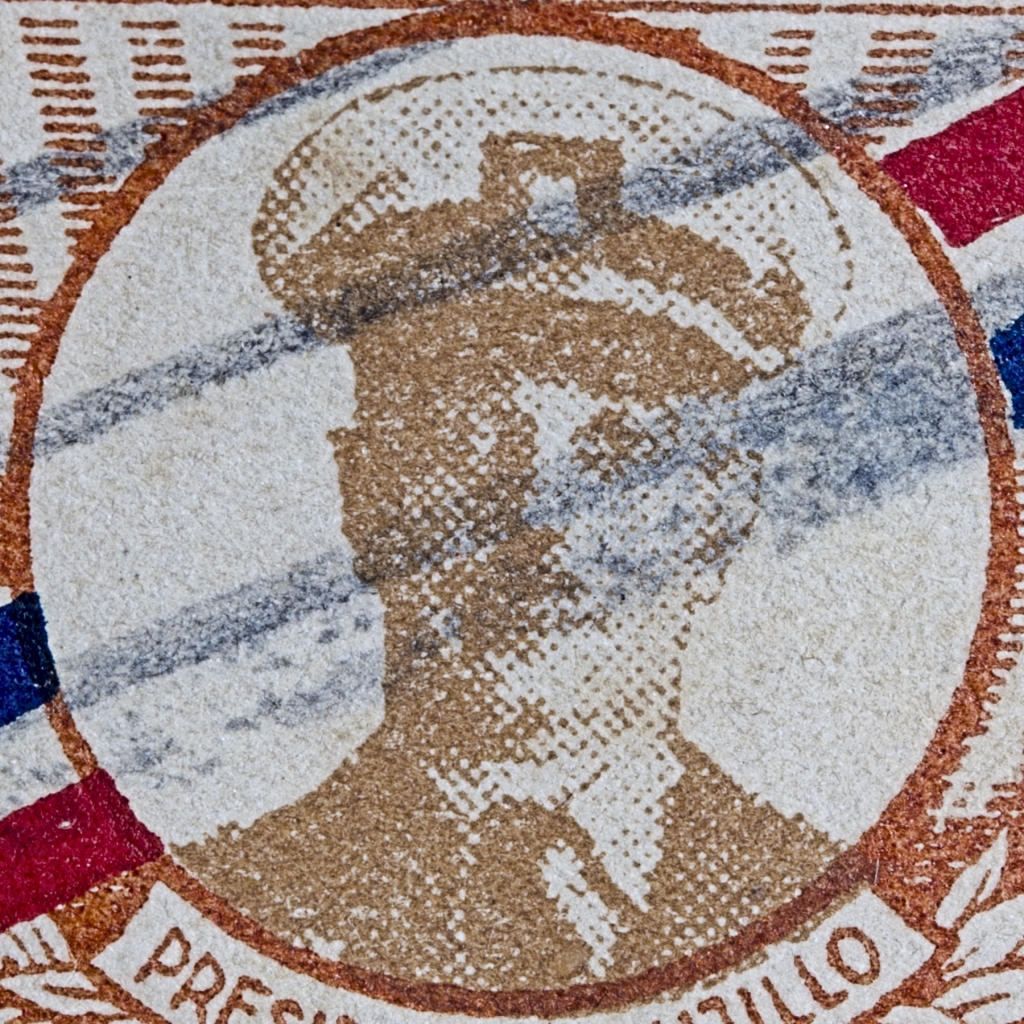 An Internet search of what events took place on Wednesday, May 31, 1961 reveals primarily a meeting of Presidents Kennedy and DeGaulle in Paris <https://www. Onthisday.com/ date/1961/may/31>.  Something more dramatic, however, took place in Latin-America back then.  Rafael Trujillo —considered the continent’s goriest dictator— was executed by a band of his own associates who were purportedly aided by U.S. intelligence agents (Deiderich, 2017).  Thus ended the 31 years (1930-1961) of the Trujillo family’s tormenting the people of the Dominican Republic.(1,2)  As Derby (2009) indicates, prior to the Castro family’s totalitarianism in neighboring Cuba (since 1959), the Trujillos’ despotism had no precedence in the hemisphere.(3)  Indeed, the 58th anniversary last month of the demise of the Trujillos’ long regime offers an opportunity to highlight some key analogies of these two insular Caribbean dictatorships.(4)

Masqueraded as “humanist revolutionaries,” Fidel and Raúl Castro enjoyed great popular support upon reaching power in Cuba six decades ago.  Nevertheless, that popularity soon vanished as the bearded brothers hijacked the originally liberal-inspired political revolt against military dictator Fulgencio Batista.(5)  Instead of the promised restoration of the innovative 1940 Constitution, the Castros turned the island-nation into a Soviet-style Orwellian dystopia (de la Cuesta & Alum, 1974).  The siblings purged their own pro-democratic rank-and-file, abolished free press and private property, destroyed the agricultural base, and essentially redistributed misery.(6)  Their detrimental policies prompted a mass exodus unprecedented in the Americas, only matched nowadays by that triggered by the ruinous Chávez-Maduro socialist government in Venezuela <https://www.nytimes. com/ 2019/02/20/world/americas/ venezuela-refugees-colombia.html>.

Although the foreign sympathizers of Socialist Cuba in the media, academia and Hollywood refuse to admit it —“with eyes wide shut” comfortably from abroad— there are revealing similarities between the Castros’ and the Trujillos’ methods of socio-political control; for example:

A) Trujillo was a product of the military, though in 1930 he reached the presidency through vote manipulation; Fidel Castro was a civilian who had promised to return the soldiers “back to the barracks.”  But both tyrants —equally bizarrely fascinated with Napoléonic uniforms— militarized their respective countries and made the military a privileged caste with immense control over economic activities.

B) The dictators’ adulation discourse, images and slogans had to be omnipresent.  Like Hitler and Mussolini, they self-endowed grandiose titles: “the Nation’s Benefactor” for Trujillo, “Maximum Leader” (literally Führer) for Castro.  The home doors lacking a display of the cult of personality placards stating “Trujillo is the jefe [boss] here,” or “This is your house Fidel,” were deemed suspect.

D) Both regimes instituted hegemonic single-party states: the Partido Dominicano in the Dominican Republic (D.R.), the Partido Comunista in Cuba.  Membership in each was —and still is in Cuba— a sine qua non for meaningful jobs, promotions, slots in educational institutions, and hospital beds.

E) Virtually everybody labored (i.e., de facto clients) for the “highest leaders,” even if relatively limited private sector activities were permitted, although still mostly as a “generosity” of the rulers.  Since tyrants routinely consider themselves the “charismatic center” of the "new nation" they even act as if people are their personal property: from peasants and workers, to beauty queens, athletes and intellectuals (Derby, 2009).  Illustratively, when a famed neurosurgeon —and ex-Communist militant— wanted to emigrate to Argentina, Fidel Castro remarked that “her brain belonged to the Revolution,” thus by implication to him as the comandante in charge.(8)

F) Both dictatorships assembled sinister international propaganda scaffoldings whose tentacles reached foreign media and universities.  Sometime ago I discovered that one of the institutions with which I have been connected had granted Trujillo an honoris causa doctorate in 1942, five years after he sponsored the massacre of thousands of Haitians immigrants on Dominican territory.(9)   Likewise, Socialist Cuba is still continually praised in international intellectual and media circles for basically fantasized attainments, such as in healthcare, notwithstanding incontrovertible disproving evidence.(10)

G) The titular power was passed whimsically from elder to younger brother —to Héctor Trujillo and Raúl Castro, respectively— as each was also gifted the rank of “general.”  Similarly, the dictators handpicked faithful non-kin titular presidents without elections: Joaquín Balaguer for the D.R.; Miguel Díaz-Canel for Cuba.  In all fairness, Balaguer played a pivotal role in the evolution to today’s Dominican liberal democracy and served subsequently as an elected (if controversial) president; it is doubtful that Díaz-Canel will foster a comparable transition in Cuba.(11)

There are many more parallels between these two presumed opposite poles dictatorships that deserve lengthier analyses.  But, oddly, in my own long-term research in the D.R., I have met admirers of Trujillismo who argue that “el caudillo” brought stability á la dictator Franco in Spain (partially true, but at what human and other cost?).  Likewise, as recently as last month I met intellectuals in Santo Domingo who, while professing disdain for dictatorships, advocate for a Castro-type regime for their nation.   Paradoxically, the D.R. is now infinitely more prosperous and more of an open society than Socialist Cuba.  These interlocutors’ aversion of totalitarianism seems to be naïvely, or ignorantly, selective and incongruous.(12)

In sum, the end result of any tyranny, anywhere —be it of the so-called Left or Right— is consistently destructive, sadly leaving a trail of death, desaparecidos, prisoners, exiles, refugees, mega-corruption, and socio-economic backwardness.  Indeed, all this is still lingering in Socialist Cuba, plus the infamous time-consuming “colas” (lines), given that food and most other goods are still rationed.(13)

(1)  I dedicate this brief article to the memory of my Bloomfield College (N.J.) undergraduate Political Science professor/advisor, Yvy-League educated Dr. Lester Mason, who introduced me to the scholarly theories of comparative dictatorships.  Here, I borrow freely from some of my previous writings on akin topics (vid. Alum, various in bibliography below; González & Alum, 2009).  As usual, I welcome all constructive critiques (See Note 2).

(2)  Dictatorships —and their foreign intellectual defenders— have been traditionally studied by politologists, historians, sociologists, philosophers, economists, and even novelists (e.g., Hamill, 1965; Hollander, 1997; Lewis, 2006; Vargas-LLosa, 2000; Wiarda, 1968;  Wolff, 2006).  Yet, I have been “fantasizing” about creating the sub-sub field of the “Anthropology of Dictatorships” within Socio-Cultural Anthropology.  The discipline’s eclectic comparative and field-based methods are uniquely equipped to examine dictatorships.  Unfortunately, too many colleagues miss the point as they seem to romanticize some of such regimes, Socialist Cuba being a major example.  There are, nonetheless, a few worthy ethnographies of the now former Old World socialist/communist systems; my favorites are: by Verdery (1996) —about Ceaușescu’s disastrous Socialist dictatorship in Romania— and on Mongolia by past Pitt anthropologist Paula Sabloff (2013).

(4)  In my most recent trip to the D.R. (April-May/2019), I delivered a presentation —regarding my 45 years researching Dominican culture/society— at the Annual Feria del Libro/Book Fair, where I met Presidente Danilo Medina (I have already conversed with all post-Trujillo elected Dominican heads of state).

(5)  As Fontova (2013) has deconstructed, it was not a “revolution” per se, but a chiefly bourgeois political rebellion against Batista —Cuba’s sole Afro-Cuban head of state— who in 1952 had staged an unjustified coup d’état vs. a constitutional government.

(6)  Vid. my own multiple writings regarding Cuba’s “culture of poverty,” which were inspired by the researches in Cuba of anthropologists Oscar Lewis and Douglas Butterworth in 19169-70 (e.g., https://www.panoramas.pitt.edu/news-and-politics/ cuban-culture-poverty-conundrum>).  Additionally, see the recent analyses of Socialist Cuba —as he calls it— by our own former CLAS director and distinguished Pitt emeritus economist Mesa-Lago (deemed “the dean of Cubanology”) published in PANORAMAS <https://www.panoramas. pitt. edu/ economy-and-development/column-carmelo-mesa-lago-“-legacy-fidel-social-economic-balance-2016>.  See also Note 13.

(7)  Vid. a description of the “repudiation acts” in: <http://cubademocraciayvida. org/ web/article.asp?artID=28217>.  Incidentally, unsurprisingly, the equally dynastic Duvaliers’ dictatorship (1957-1986) in Haiti created its own version of vigilantes, the Tontons Macoutes, who also routinely staged violent scenes vs. opposition suspects <https://en.wikipedia.org/wiki/Duvalier_dynasty>.

(8)  F. Castro uttered similar comments upon learning of the defection abroad of yet other physicians and of several athletes <https://www.youtube. com/ watch?v= aGl2hwdLKQk>.

(9)  I have not succeeded yet in my lobbying efforts with such institution to rescind that reprehensible honorary degree to dictator Trujillo.

(10)  In reality, Cuba’s statist healthcare is substandard and, ironically, fundamentally dependent on generous care-packages from the exiles, the same expatriates relentlessly maligned by Havana’s hate-mongering propaganda (see Hirschfeld [2007], which I reviewed in English and Spanish; e.g., <https://www. clublibertaddigital.com/ ilustracion-liberal/40/la-antropologia-politica-de-la-antropologia-medica-cubana-alexander-l-alum-y-rolando-alum-liner.html>); and the more recent Comas & González (2014) volume by two Cuban physicians.

(11)  These are only two glaring examples of high-level nepotism/chronism, a practice that the Castros promised to eliminate.  Irrespective, it is appropriate to refer to the Trujillos’ and the Castros’ dictatorships in plural, regardless of who the titular head is; after all, Rafael Trujillo and Raúl Castro each remained the real power in command of the armed forces, reminiscent of rough military dictator Augusto Pinochet in 1990s Chile.

(12)  I often hear foreign academicians doubting the unpopularity of Socialist Cuba’s less-than-1% self-perpetuating governing elite by mentioning the frequent Fascist-style mass rallies in Havana.  In the same vein, my own Dominican interviewees have recounted that up to the week-end before Trujillo’s death, there were recurrent —if orchestrated— parades cheering for the dictator along the capital city’s picturesque ocean-drive Malecón (and I have seen photos too).

(13)  Cubans also face the continual menace of paredones (firing squads) and other kinds of state terror.   Additionally, let us remember that, by orders of “Che” Guevara in the 1960s, the Cuban government operated Russian-modeled gulags (called UMAP camps) to forced-labor especially gays, as well as would-be emigrants, the unemployed, Beatles’ fans, hippies, social-democrats, Trotskyites, and religious men (of disparate sects, notably Jehovah’s Witnesses and Afro-Cuban folk-cults’ practitioners [Núñez, et al., 1985]).  I have interviewed several former inmates, later exiled, including famed writer Arenas (1992), who spoke to my students at Empire State College (NYC) in 1980.  The ex-prisoners coincided in the impression that there might have been an over-representation of Afro-Cubans in the camps.  This is the demographic sector traditionally viewed as most vulnerable.  They were also overrepresented among those expelled as “lumpens” in the 1980 Mariel Flotilla (vid. <http://www.diariodecuba.com/ cuba/1393116891_7285.html>, and the film “Mauvaise Conduite” <https://www.imdb.com/title/tt0087696/>).  See also Note 6.

Roland Armando Alum
ROLAND ARMANDO ALUM, is a New Jersey-based [external] Research Associate in anthropology with the Univ. of Pittsburgh’s Center for Latin American Studies, from which he graduated, also received a Post-Doctoral Certificate from the Univ. of Virginia. A former Fulbright scholar in the Dominican Republic, he is a Fellow of the Society for Applied Anthropology, a trustee of DeVry Univ.-N.J., and vice-chair of both, the N.J. Certified Psychoanalysts Committee and the N.J. Center for Hispanic Policy, Research & Development. He has taught at several colleges/universities in the U.S., Puerto Rico and the Dominican Rep. , and has in addition held N.J.-State & Federal high level executive and pro bono posts. His over 135 writings–-in English & Spanish—have been published in U.S. and foreign scholarly journals, books, encyclopedias, and newspapers. Among his research interests is the anthropology of dictatorships [ralum@pitt.edu].