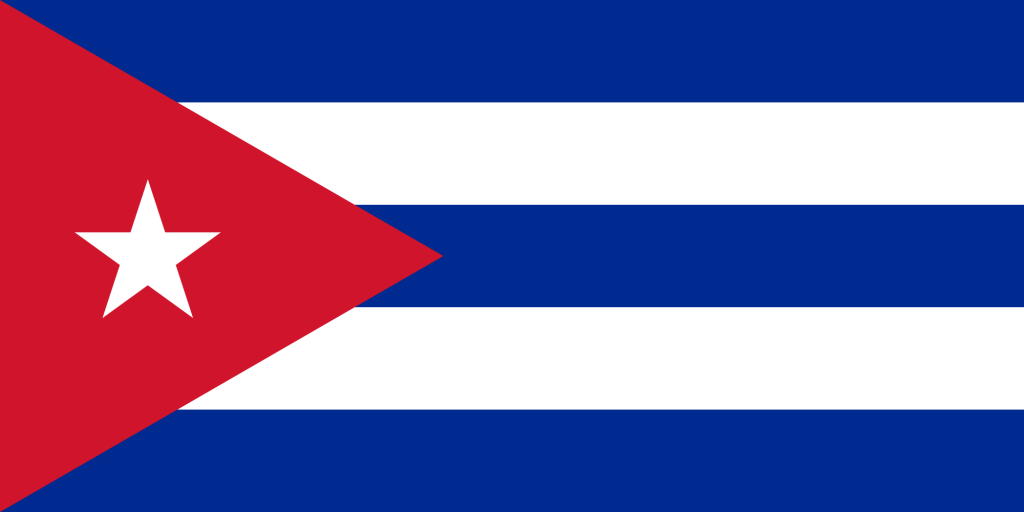 As we approach the 60th anniversary on January 1st, 2019 of the arrival to power in Cuba of the regime of the Fidel and Raúl Castro brothers and their un-elected hand-picked heirs, I propose to draw a contrast.(2)  Let us juxtapose the despotic government’s bogus aura of “revolutionary liberators” to the real struggles that had to face six decades earlier a genuine democratic pioneer, don Tomás Estrada Palma, Cuba’s first elected president.(3)

Such an analysis seems more appropriate given that —typical of dictatorships— Cuba’s post-1959 autocratic rulers have pretended to rewrite history for their own propagandistic advantage.  It is de rigueur for modern countries to pay homage to the memory of their inaugural national leaders.  Socialist Cuba, however, not being a normal country, presents an exception as it has demonized since 1959 the memory of the trailblazer leader who steered the arduous transition to a sovereign republic.(4)

The factual record informs how Estrada Palma played a crucial role in managing efforts for a Cuba Libre from the colonial yoke.  Fortunately, Margarita García, a New Jersey psychology university professor turned historian, recounts details of his pre-presidential life in her magnificent book, ANTES DE "CUBA LIBRE", EL SURGIMIENTO DEL PRIMER PRESIDENTE DE CUBA, TOMÁS ESTRADA PALMA [Editorial Betania, 2015].(5)  Her research project took her to archives in the U.S., Spain, France, and Honduras, aside from interviews with Estrada Palma’s descendants that she located in the U.S. and abroad (tellingly, except in Cuba) [see Note 9].

Tomás Estrada Palma (hereafter TEP) was born in Cuba’s eastern city of Bayamo on July 9, 1835 to well-to-do parents.(6)  He renounced his “bourgeois” life (at 33) to join the first anti-colonial —and anti-slavery— insurgency in what became known as the “Ten Years War.”  He rose through the revolutionary civilian leadership up to the presidency of the Republic in Arms in March/1876.  Captured by the enemy, he was sent to prison in Spain and later released as per the 1878 Zanjón armistice.  Since he refused to accept the Spanish Crown’s sovereignty, he was not allowed to recover his properties confiscated by the colonial administration, abuses that were precursors to the Castros’ communist “etatization” practice a century later.(7)

Following brief stopovers in Paris and New York, he moved to Honduras invited by his cousin, the poet José Joaquín Palma, who had become an aide to reformist-liberal President Marco Soto.(8)  TEP organized the Honduran postal and hospital services, and the teachers training school.  In 1881 he married Genoveva Guardiola, daughter of a late Honduran president (who was probably of mixed indigenous ancestry; she became Cuba’s premier First Lady in 1902).

When the Soto administration collapsed in 1883 under military pressure, TEP returned to New York.  Settling in Central Valley, a hamlet an hour train-ride from Manhattan, he founded a multilingual, co-ed private school licensed by New York State.(9)

By 1892 the exiles were united under the charismatic leadership of José Martí, who in April 1895 sailed clandestinely to Cuba to join the guerrilla fighters (known as “mambises”) that had taken up arms that February.  When Martí died in combat in mid-May, TEP succeeded him at the helm of the Cuban Revolutionary Party.  The umbrella organization had been founded in New York for the liberation of Cuba and Puerto Rico, the last two Spanish-American colonies.  TEP ran a formidable international lobby pro free Cuba that procured logistics and supplies to the mambises.

Elected in absentia, TEP (then 67) returned to the homeland he had not seen for a quarter-of-a-century.  As García notes, Masó hosted the president-elect when TEP passed through Manzanillo (in Oriente) on his triumphant march westward toward Havana for the momentous investiture on May 20/1902.  It was a gentlemanly gesture, quite the opposite of the divisive, hate-mongering modus operandi of the Castros decades later.  Given Latin-America’s early history of caudillistic militarism that TEP had personally experienced in Honduras, his embrace with Masó (respectively representing the rival civilian/military wings) symbolized a hopeful success for a predominantly civilian government (see Note 11).

For the last six decades the Castros clan —an unelected, de facto, nepotistic dynasty— has persistently accused TEP of turning Cuba into a “Yankee vassal state.”    Ironically, it was them who turned a fast developing country (notwithstanding Batista’s brief-by-comparison rule) into a dystopic society for years subservient to the far-away, flunked Soviet Bloc.

Among TEP’s accomplishments are limiting the number of U.S. naval bases from the seven requested of the nascent republic, to one: Guantánamo.  He also succeeded in having the U.S. recognize Cuba’s sovereignty over the adjacent Isle of Pines, which many in the U.S. coveted.  Likewise, he left a considerable surplus in the national treasury.

In its goal to vilify TEP’s legacy, the Castros regime and its foreign apologists have depicted him, in addition, as a Quaker convert; that is, as someone alien to Cuban traditions even in religion.  But García’s research in Quaker archives did not find any evidence that TEP ever converted to that Anglo-American Protestant sect.

García’s book closes chronologically with TEP’s first presidential inauguration.(11)  One gathers that when he violated his promise not to seek re-election he had fallen for the then already visible Ibero-American tradition of caudillistic continuism, an ugly practice still prevalent under dissimilar Left/Right wing guises.(12)  Faced by protests, mainly by war veterans, TEP resigned, thus precipitating the controversial second U.S. intervention (1906-1909) under the invocation of the contentious Platt Amendment.(13)

Yet, under his presidency, civil liberties flourished in a small island-country savoring self-determination for the first time while recovering economically and morally from war desolation.  In contrast to the Castros’ imposed socialist system, under TEP there was NO “maximum leader” (literally, Führer) cult-of-personality, censorship, hate-mongering class warfare, reign-of-terror, ominous international missile crisis, mega-mass exodus, or any Elián González child case.  There were NO destructive property confiscations, miserable scarcities, humiliating ration-cards, time-wasting food/goods-lines, political prisoners, tortures, feared Stasi-type vigilante committees, persecutions for religious beliefs or sexual orientation, Nazi/Gulag-style UMAP forced-labor camps, paredones (firing squads), desperate balseros (raft escapees), children denouncing parents as “counter-revolutionaries,” or young Cuban soldiers dying while invading foreign lands.  Opponents were not ostracized, fired from work, or publicly villainized as "gusanos” (worms), and/or Lumpen/scum.  The sanctity of foreign embassies was respected and there was no need for a Peter Pan sponsorship of refugee children, or a Camarioca or Mariel Freedom Flotilla.

As opposed to under the Castros’ single-party failed reign —from which thousands continue to escape— Cuba had a previous half-century republic barely germinating (de la Cuesta & Alum, 1974).  Despite its admitted deficiencies, the country thrived enough to assimilate torrents of immigrants (CTP, 2008).  The balance of statistical net migration should be an essential test for the Popperian concept of the "open society" when re-evaluating the legacy of don Tomás Estrada Palma 117 years after his presidential election this December 31/2018, a day before the top-down Castro family regime’s 60th anniversary.

2)   I dedicate this essay to the memory of my two paternal grand-uncles, both War of Independence mambíses:  (i) Federico Alum [killed young in combat] and (ii) Capt. Emilio García [who died a nonagenarian exiled in Miami],  (iii) as well as to that of my maternal uncle, prominent labor leader Pascasio Linera, who suffered double exiles (vs. Batista in the 1950’s and vs. the consequent Castros’ dictatorship).

3)  I am grateful for the critiques provided to prior drafts by José Azel, Héctor Campa, Vicente Medina, Teófilo Ruíz-Alum, Ziva Sahl, Herbert Stupp, and Radamés Suárez, though I am solely responsible for its weaknesses.  It is my practice to welcome all constructive criticism.

4)  Let me mention here the studies by Bulgarian anthropology-of-socialism specialist Daniela Koleva (2017) who has aptly discussed the dilemmas that scholars face vis-à-vis the problematization of the qualifying term “socialist” (as adopted by the post-1959 Cuban government).  My former Pitt-CLAS advisor, Carmelo Mesa-Lago —considered the “dean” of Cubanology— regularly uses the “socialist” rubric, together with that of “Revolutionary Cuba.”  I learned in my philosophy-of-science courses at Pitt’s world-class Philosophy Dept. that a first step for a methodic socio-behavioral science is the adoption of specific classificatory glosses.    Accordingly, I accept the current Cuban government as “socialist” (and thus its disastrous moral and socio-economic consequences); but not as revolutionary.  “Revolution” in Ibero-America classically implies positive overall changes benefitting the people.  The Castros regime, however, does not qualify as such; au contraire.  As a matter of fact, I prefer anthropologist Douglas Butterworth’s conclusion, based on his culture-of-poverty ethnographic research with famed Oscar Lewis in Cuba.  After spending a year there in 1969-1970, Butterworth catalogued the Cuban situation as gloomy “post-revolutionary” (see Alum, 2015, and also Notes 1 & 7).

5)  García’s book was published in English too: BEFORE CUBA LIBRE: THE MAKING OF CUBA'S FIRST PRESIDENT, TOMAS ESTRADA PALMA; Outskirts Press, 2016, both available from the publishers and Amazon.com [vid. www.antesdecubalibre.com].

6)  Note that, as per Hispanic cultural usage, Estrada was his paternal, and Palma his maternal patronymic.

7)  I adopt the French-inspired gloss “etatization” from socio-cultural anthropologist Katherine Verdery’s (1996) paradigmatic studies of Romania under communist despot Nicolae Ceaușescu.  Indeed, parallels between the Romanian repressive tyranny may be drawn with that of the Castros (see Note 4).

8)  Interestingly, the cousin was the author of the Guatemalan national anthem’s lyrics.

9)  Some streets are still named after TEP in Central Valley.  García leads annual “pilmigrages” there around May 20th from the northeastern New Jersey municipality of Union City, the symbolic capital of contemporary exiles in the northern U.S. states.  I have taken the excursion twice with my father, Dr. Rolando Alum, Sr. (1912-2017), who also praised García’s book.  In fact, we met three TEP descendants during one of such trips.

10)  Coincidentally, the father of my U-Pitt Anthropology co-mentor, the late Dr. John “Jack” Milton Roberts, was detailed to Cuba as a highway engineer by the U.S. during the [first] occupation (Obituaries: John Roberts, NEBRASKA STATE JOURNAL, 02/20/1941, p.6).

11)  Notwithstanding the García book’s noted qualities, I have two quibbles.  I wished:  (a) That, as a trained psychologist, she had speculated more into TEP’s mind;  and  (b) that she had also recounted her own saga with academic journals to which she had submitted articles about TEP’s innovative school.  As she has related to me, she was directed to rewrite it in the light of the presumed “educational attainments” of the Castros regime (in reality, all fake news that primarily only gullible academics still faithfully belief); thus, her piece remains unpublished.  I admit having had similar experiences in my own academic career.  Significantly, the eminent  sociologist Paul Hollander (2016) —who suffered the torment of both, Nazism and communism in his native Hungary— has analyzed the extensive record of the apologies by various Western intellectuals for dictatorships of every shade, from Stalin’s and Mussolini’s, to those of Venezuelan Chávez-Maduro and the Castros.  Specifically, the list of unabashed advocates in U.S. academia for the Cuban regime is substantial.   Incidentally, as I report elsewhere, in my own researches on the Dominican Republic, I have also encountered defenders of the Trujillo brothers’ cruel tyranny (1930-1961).

12)  For “continuism” and “caudillism” in Ibero-America see <https://www.encyclopedia.com/ humanities/ encyclopedias-almanacs-transcripts-and-maps/ continuismo>  and <https://www.britannica.com/topic/caudillismo>.  Paradoxically, the Cuban regime reached power in 1959 with the purported goal of ending such socio-political malaises; yet, it soon ended up exemplifying all of them, and worse.

13)  Despite his precipitous departure from the presidency, TEP never had to go into exile again; he died peacefully in Santiago de Cuba on November 4/1908.

Roland Armando Alum
ROLAND ARMANDO ALUM, is a New Jersey-based [external] Research Associate in anthropology with the Univ. of Pittsburgh’s Center for Latin American Studies, from which he graduated, also received a Post-Doctoral Certificate from the Univ. of Virginia. A former Fulbright scholar in the Dominican Republic, he is a Fellow of the Society for Applied Anthropology, a trustee of DeVry Univ.-N.J., and vice-chair of both, the N.J. Certified Psychoanalysts Committee and the N.J. Center for Hispanic Policy, Research & Development. He has taught at several colleges/universities in the U.S., Puerto Rico and the Dominican Rep. , and has in addition held N.J.-State & Federal high level executive and pro bono posts. His over 135 writings–-in English & Spanish—have been published in U.S. and foreign scholarly journals, books, encyclopedias, and newspapers. Among his research interests is the anthropology of dictatorships [ralum@pitt.edu].