Michael Shifter: Latin America in a Time of Uncertainty 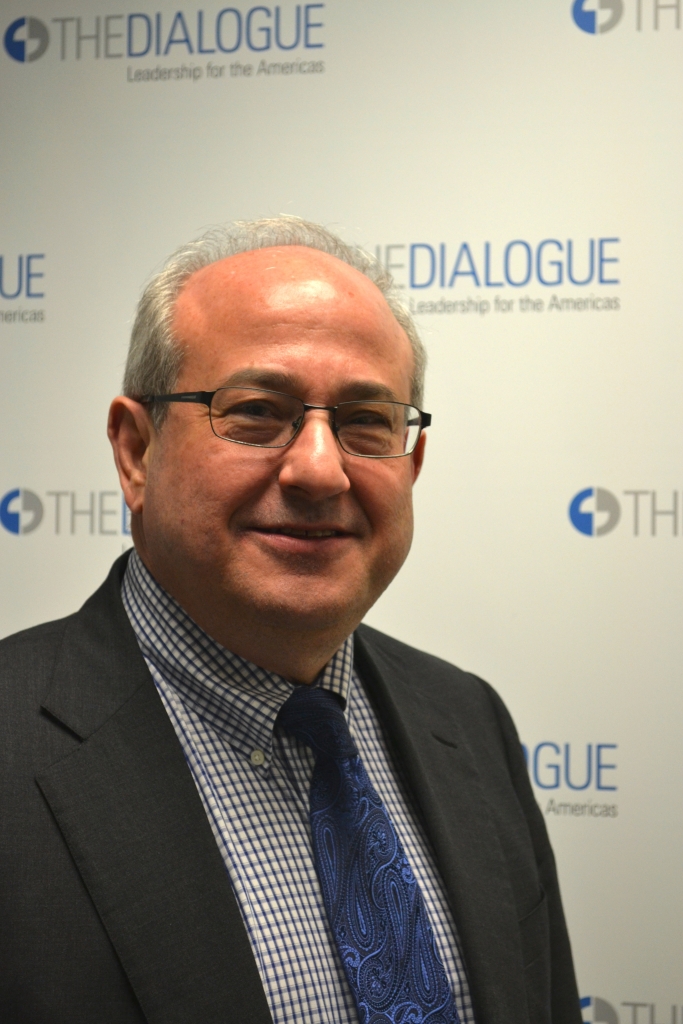 Last Wednesday, the Center for Latin American Studies here at the University of Pittsburgh hosted a talk by Dr. Michael Shifter on US-Latin American relations. Dr. Shifter is president of the Inter-American Dialogue and has played a key role in shaping the group’s agenda and commissioning policy-relevant articles and reports. In addition to being an adjunct professor at Georgetown University’s School of Foreign Service, Dr. Shifter is also a member of the Council on Foreign Relations and the Latin American Studies Association, a contributing editor to Current History, on the Board of Directors of the Washington Office on Latin America, and on the Advisory Committee of Human Rights Watch/Americas Division, and the Social Science Foundation of the Graduate School of International Relations at the University of Denver (The Dialogue, 2017).

Dr. Shifter began his talk on Wednesday with one word: uncertainty. The unrest in Venezuela, growing Chinese investment in the region, unsteady diplomatic relations between the US and Cuba after an alleged sonic attack, and the upcoming elections in three major countries are all contributing to the ambiguous future of the region.

Latin America is coming up on three major elections and many are finding it difficult to predict the outcomes. Brazil, Mexico, and Colombia are all significant players in forming the future of the region, and all three countries are facing elections within the year.

In May, Colombians will go to the polls to vote for a new president. The country, which has traditionally been controlled by the Liberal and Conservative parties, is now looking outside of tradition to the 25 pre-candidates, who are all petitioning signature, a legitimate mechanism to get on the ballot in the current climate of anti-party sentiment.

One of the key figures currently is ex-president and current senator, Álvaro Uribe, who vehemently opposes the peace accord signed by current president Juan Manual Santos and more than two dozen members of the FARC. The accord, which was approved by Congress in November of last year after being rejected in a referendum, may have some difficulty being implemented if Uribe’s chosen candidate wins the presidential elections.

Other factors that will contribute to the election outcomes include the ongoing crisis in Venezuela and the threat of castrochavismo to Colombia, and the returning discussion of cocaine production.

Similar to Colombia, Mexicans are looking away from the PRI and PAN, two parties that have held control for the past 70 years for the upcoming election in July. Andrés Manuel López Obrador of the Movimiento Regeneración Nacional (MORENA) has emerged as a threat to the PRI and PAN, who claim Lopez Obrador will be another Chavez in the region. Continuing the traditional discourse of past elections of anti-corruption and anti-establishment, Lopez Obrador would face a stagnant economy and widespread corruption, as well as a Congress controlled by the PRI.

In regards to the US and its current administration, Lopez Obrador takes a moderate, non-confrontational stance. He has called that NAFTA not be renegotiated until after the July election. Currently, over 80% of Mexican exports go to the US, tightly tying the two economies.

The current president, Michel Temer, has an approval rating of just 3%, indicating that the widespread corruption, bribery, and kickbacks for which he is now facing criminal charges has left the country ready for elections next October. Several candidates have emerged, including ex-president Lula da Silva. Polls show that Lula has some support, although he too was accused of corruption, though courts are currently deciding on whether he can run for office again. Other candidates include the mayor of São Paulo, João Doria, and Jair Bolsonaro, the far-right contender of the Social Christian party who focuses on violence, crime, and security.

Central America, specifically the Northern Triangle countries of El Salvador, Honduras, and Guatemala, is experiencing a turbulent time of corruption, violence, and criminality. Corruption is widespread, as demonstrated by Guatemala’s president, Jimmy Morales, declaring Ivan Velazquez Gomez, who is spearheading the UN commission investigating impunity, as a persona non grata. The country has also been polarized by gangs and violence, similar to El Salvador and Honduras. These issues are of great concern to the US because of the resulting mass migration north through Mexico and onward to the US. The US aid package to the region, “Alliance for Prosperity”, which is voted on by Congress, is divided into three different parts: security, economics, rule of law. Under the Trump administration one may see in increase in the rule of law section.

The deepest crisis in region has been highlighted by the country’s reliance on oil, which makes up 85% of their exports, being a transit point for the drug trade which has increased its involvement with criminality, and increasingly authoritarian government rule. There are deep divisions within the government. Since its win in 2015, Congress has been incrementally stripped of its authority. External powers, such as the OAS, have had a difficult time facilitating negotiations. Many economists say Venezuela may default on its debts in the next year or so, but returning to the rhetoric of Chavez, which emphasized keeping a never maintaining a debt, there may be a different outcome.

As China continues to grow infrastructure and its investments in the region, specifically in Venezuela, which has received around $60 billion, an aggressive tactic emerges that stands in contrast to Russia’s more geopolitically driven strategy. The current administration here in the US has, for the most part, acted indifferently towards the two countries’ growing involvement and to the whole region in general, with the exception of Mexico, which played a large role in Trump’s campaign. The indifference of the US may be due to a decline in ability to become involved in situations in Latin America with diplomatic tools, as illustrated by the US’s inability to achieve its desired outcomes in Honduras’s 2009 coup d'état and the ongoing circumstances in Venezuela.

For those in Latin America, according to Dr. Shifter, the uncertainty that is growing is paralleled by an uncertainty in the US, manifested in the erratic actions of the current administration. This is an administration many in Latin America look at with disbelief and recognition. Trump’s actions closely resemble those of a caudillo, or strongman, a very familiar figure in Latin America. Dr. Shifter reflected that in one interview with a government official from South America, when asked if he had ever heard anything like Trump before, the interviewee responded, “Yes, just never before in English”.