Why Colombia Rejected Peace, and How It Will Move Forward 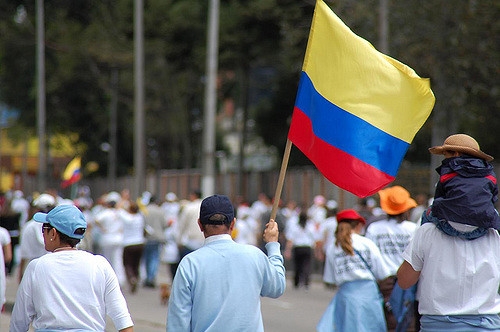 Colombians’ decision to reject the deal that would bring peace to their country after 52 years of armed conflict shocked the Colombian government, the FARC rebel group, and the world on October 2. In late September, Colombian president Juan Manuel Santos signed the accord with rebel leader Timoleón “Timochenko” Jímenez and then put the deal to a popular vote, expecting an easy win over his opponents who were calling for Colombia to say “no” to the deal. Days prior to the referendum, multiple opinion polls predicted that the accord would be approved by a percentage margin in the double-digits.1 Now, in the face of the results of the referendum, foreign minister María Angela Holguín has been forced to admit, “There was no Plan B. We believed the country wanted peace.”2

Many have asked how such an astonishing result rocked the country so unexpectedly. While the “yes” campaign seemed to have plenty of public support, former president Alvaro Uribe was leading a “no” campaign that cast the deal as a giveaway to the FARC. The conflict with the Marxist rebel group, which has been on international terrorism lists for decades, cost Colombia 260,000 lives and displaced millions.3,4 The peace deal contentiously allowed many rebel soldiers to avoid jail time as long as they fully attested to their crimes—as Uribe put it, it allowed them to get away with murder. Though polls seemed to indicate that the country wanted any deal that would finally bring peace, the majority of Colombians voted that the rebels should not get off so easily.

However, it was the slimmest of majorities: 50.2 percent of those who voted said “no,” versus 49.8 percent approving the deal. Furthermore, turnout was severely low. Only 38 percent of Colombians voted on the deal. The result of all this was that fewer than 54,000 votes out of nearly 13 million ended up swinging the referendum.5 These few thousand votes may easily have swung in the opposite direction if Hurricane Matthew had not hit the day before, causing turnout to be even lower than had been predicted.6

The vote has been compared by analysts to the infamous Brexit referendum, and has called into question the democratic merit of referendums in general. Experts say that referendums force ordinary citizens, who typically do not have the time, patience, understanding or will to break down the details of complex policy choices which experts may spend years on, are forced in referendums to vote based on political rhetoric rather than on facts.6 So most Colombian voters did not truly vote on the peace deal itself, but which slogans—for example, “Colombia Without War” versus “Yes is for the FARC, No is for Colombia”—appealed more to them and their values.

More alarming, research has shown that referendums are usually less of a vote on the issue at hand and more a vote on the government in power. Often, people will vote in support of the issue if they like the leadership, and vote against it if not.6 Colombia’s referendum was no exception. Out of the 19 provinces that voted “yes” to the peace deal, 15 of those provinces had voted to elect Santos in 2014.7

Like most governments who put forth referendums, Santos was counting on an easy victory that would give him political legitimacy and take away the tools opponents use against him. Now, in the midst of the political and social limbo in which Colombia finds itself, he must find a way to salvage four years of formal peace talks and two more of secret negotiations with the FARC. Both Santos and Timochenko have reiterated publicly that they are committed to peace, and Santos has sent negotiators back to Havana to continue peace talks with the FARC.8,9 Santos has also met with archrival Uribe to discuss the next steps forward.9 Santos has gotten himself into a difficult position: he must now strike a deal that pleases both the FARC on the one side and Uribe’s campaign on the other. Commentators say that it is unlikely the FARC, which already feels it has ceded far too many of its original goals in the pursuit of peace, will surrender members to prison now.8 Uribe, however, demands that the deal contain “corrections” including that former rebels serve time for crimes committed, as well as barring them from public office and making them compensate victims monetarily.9

Santos has publicly announced that in order to put pressure on negotiations to make headway, and to show Colombia that its current state of uncertainty won’t last forever, the ceasefire with the FARC has been set to end on October 31. Tens of thousands of people in 14 cities have turned out for massive demonstrations in support of Santos and the quest for peace, entreating the government and the FARC not to return to the state of conflict that has wracked the country for so long.9