Who will it be?: Honduras has yet to declare winner nearly 2 weeks after presidential election 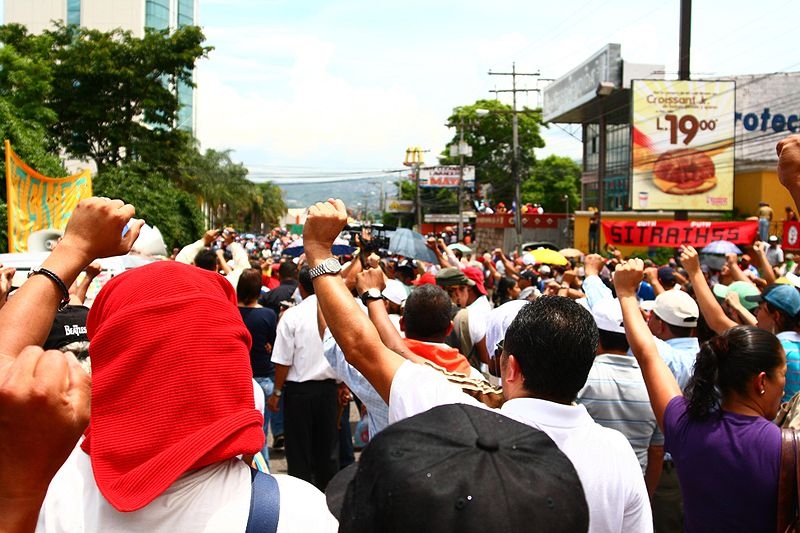 After nearly two weeks of deliberation, vote counting, and recounting, Honduras still has yet to declare an official winner in its highly contested 2017 Presidential election. On Monday, December 4, 8 days after the election, votes had finally been counted and incumbent President Juan Orlando Hernández of the conservative National Party of Honduras had apparently won a small majority over opponent Salvador Nasralla, leader of the Opposition Alliance against the Dictatorship coalition. However, a partial recount was demanded almost immediately by the Organization of American States’ election monitors, apparently dubious about a high number of irregularities that led to the incumbent president’s win (New York Times).

The polls closed on the night of Sunday, November 26, followed by declarations of victory by both presidential candidates on the following day.

The lead then alternated between the two candidates as votes were slowly counted. The Supreme Electoral Tribunal (TSE) stated that it would not formally declare a winner until all votes had been counted, leading to a state of uncertainty and disorder throughout the country.

On the Wednesday following the election, both presidential candidates Hernández and Nasralla signed a document vowing to respect the final result of the election. However, tensions quickly re-escalated the following day, when Nasralla denied the validity of this document and declared that he would not accept the results in the case of Hernández’s victory (Al Jazeera). As Hernández climbed into the lead in the last few days of the initial vote-counting, Nasralla called on his supporters to take to the streets in protest, claiming corruption and a lack of transparency in the TSE.

Since election night, thousands of protestors have joined forces in the Honduran capital of Tegucigalpa, accusing the TSE, whose members are appointed by Hernández’s National Party-controlled Congress, of fraud. This distrust of the TSE and the slight lead by Hernández has sparked suspicion and has led many to believe that the results were manipulated.

Following the invitation by Salvador Nasralla to protest the National Party’s victory, tensions have risen as even more Hondurans have taken to the streets, creating the country’s greatest national crisis since the recent presidential coup in 2009. At least 3 people were killed in the week following election night as protests became violent.

Many of these protestors are accusing Hernández of corruption and have criticized him for his influence in the national court’s recent decision to overrule the country’s constitutional ban on presidential reelection (The New Yorker).

In 2009, Hernández was a part of the cadre that overthrew left-wing President Manuel Zelaya after he considered running for reelection, which was unconstitutional at the time. Then Hernández, popular because of this effort and his vow to combat criminal gangs in the country, won the presidency over the same opposition leader Salvador Nasralla in 2013. Just 2 years later in 2015, however, Hernández reneged on his fight against presidential reelection and influenced the court to make a controversial decision to overturn this limitation. After this contentious decision, people are questioning the constitutionality of Hernández’s own run for reelection.

On Monday, after 8 days of tumult and protest, the Honduran government ordered a 6 p.m. curfew in the capital of Tegucicalpa to be enforced by the elite riot police unit known as Cobras (BBC). However, about 200 of these Cobras have refused to follow these orders, and have instructed the police to ‘act with your conscience’, as confronting protesters could amount to taking sides in the heated political battle between Nasralla and Hernández. Some Cobras have since joined in the demonstrations in the streets in defiance of the curfew.

This election is just the latest case in a history of political crises and corruption allegations in Honduras. Now, nearly two weeks after Election Day, as the TSE recounts the votes, the whole country, the police force, and protestors await to see how the country will move forward after the winner is declared.