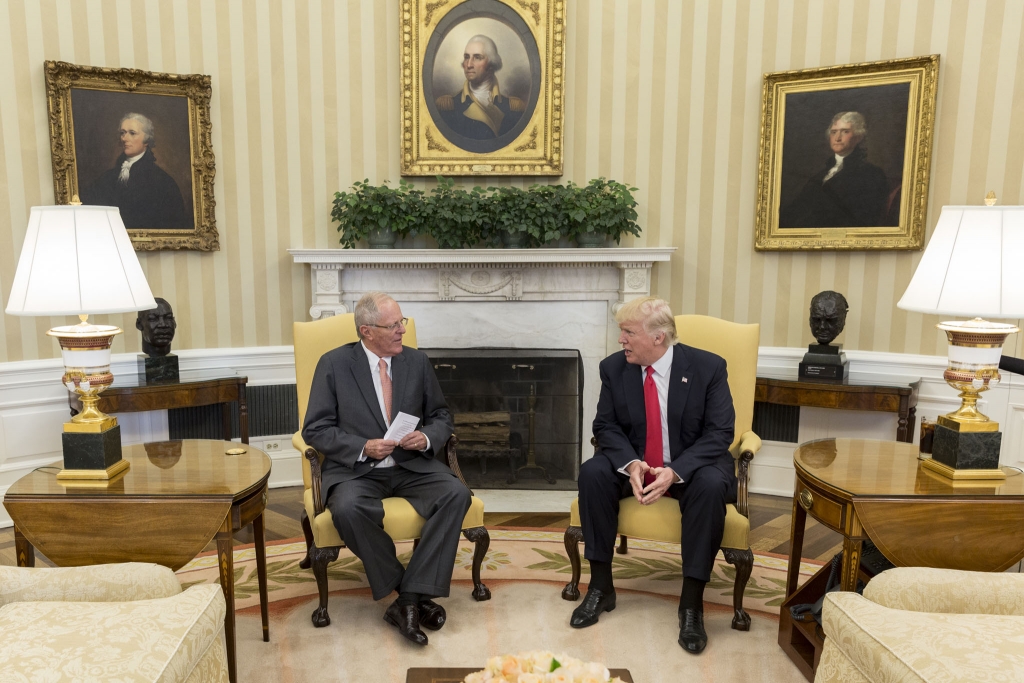 After months of speculation and uncertainty, the White House released a statement on Saturday, March 10, declaring that President Donald Trump will be attending the Summit of the Americas, or La Cumbre de las Americas in Peru on April 13 and 14, and then meeting with President Juan Manuel Santos in Colombia directly after. This will be the President’s first visit to Latin America since assuming office last year, and his plans to attend have already been met with a bit of controversy among leaders and citizens alike.

The Summit of the Americas, which takes place every 3 years, is seen as an opportunity for leaders throughout the Western Hemisphere to come together to discuss shared interests, values, and to propose new strategies to combat hemispheric issues. The last Summit of the Americas, which took place in 2015, was a particularly notable one due to then-President Obama’s meeting with Cuban leader Raul Castro. This meeting, and their widely-photographed handshake, was seen by many as a symbol of reconciliation between the two countries after over 50 years of mutual animosity.

It appears that this Summit, however, is likely to be slightly less cordial than the last given the high level of polarization that the current American president has aroused between leaders and populations throughout Latin America. Trump’s strong stances on issues such as immigration and the international drug trade, along with his controversial decisions to abandon trade agreements such as the TPP, have certainly ruffled some feathers with leaders in Latin America.

His negative rhetoric towards countries such as Mexico and El Salvador, and his declared plans to build a wall on the U.S.-Mexico border—and force Mexico to pay for it—have also not fared particularly well in the region. Most recently, Trump pushed for tariffs on steel and aluminum imports, claiming that the development of domestic metal industries is ‘vital to our national security’—this ignited new tensions with leaders of the Brazilian steel industry, which is estimated to lose around 3.15 billion USD as a result (Xinhua).

Despite Trump’s complex relationship with the region, he has made a few allies in some of the more right-wing leaders such as Argentina’s Mauricio Macri, Peru’s Pedro Pablo Kuczynski, and Colombia’s Juan Manuel Santos. These leaders, for the most part, share the U.S. President’s desire for policy changes that advocate for tighter borders and a crackdown on the international cocaine trade. Trump’s meeting in Colombia with President Juan Manuel Santos, who won the Nobel Peace Prize in 2016 for his peace negotiations with FARC, will strengthen ties between the two countries as Colombia prepares to elect a new president in May.

Something that has unified Trump and many of these right-wing Latin American leaders has been a shared desire for a more aggressive stance against Venezuelan president Nicolas Maduro as his country slips deeper and deeper into humanitarian crisis. Trump himself has taken several economic measures to pressure the Venezuelan government into improving its humanitarian situation and to make democratic reforms; however, many experts have criticized this strategy, claiming that it only further punishes the struggling Venezuelan people (El Pais).

Regardless, this tough stance on Maduro has certainly caught on with many leaders in Latin America. As the Summit of the Americas approaches, Peru’s President Pedro Pablo Kuczynski formally withdrew Maduro’s invitation in February. Donald Trump and other conservative leaders throughout the region have shown public support for this decision.

It is quite possible that Maduro will make an appearance regardless; in late February the Venezuelan dictator publicly announced that he would attend the Summit of the Americas in April “rain or shine, by air, land, or sea” (Al Jazeera). He has condemned the unusually harsh—and possibly illegal—decision of Kuczynski to uninvite him, claiming that it is nothing more than a political strategy to portray him as an international pariah. Leaders in countries including Nicaragua, Cuba, Bolivia, Uruguay, China, and Russia have shown their support for Maduro to attend, arguing that it is unjust to exclude any leader in the region from these international negotiations (Americas Quarterly).

Trump is also likely to have an awkward encounter with Cuba’s Raul Castro. The U.S. president has very vocally criticized the politics of the island nation and has tightened trade and travel restrictions between Cuba and the U.S., reversing much of Barack Obama’s headway in improving the relationship between the two countries. His negative rhetoric towards Castro and castrismo has been a source of polarization in Latin America, with many arguing that it is only making cooperation between the two countries more difficult.

With all of these different factors and moving parts, it is difficult to predict exactly what will come from this year’s Summit of the Americas. We are left asking whether Trump will continue to inflame tensions in the region by carrying his anti-immigration, anti-trade, anti-Cuba rhetoric directly to his political opponents—or, if he will take this opportunity to improve relations with his allies and to smooth over differences with his political adversaries.