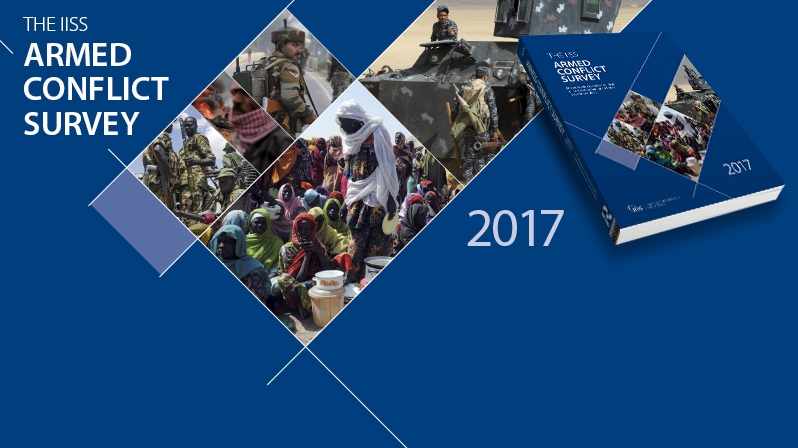 The combination of high levels of political violence with a relative low number of inter-state armed conflicts has been a secular trend of Latin American history. The 2017 Armed Conflict Survey of the London-based International Institute for International Studies (IIIS) confirms the continuity of that historical pattern –which also happens to confirm a global tendency. Mexico, with 23,000 deaths stands out not just within the regional context, but also in the global ranking, where it is only second to Syria’s first position for the fifth consecutive year.

The toll in human lives has been concentrated: just ten conflicts accounted for more than 80% of the deaths that last year resulted from armed confrontation. Also remarkable, if not surprising is the geographical distribution of the top ten, confined to what some time ago we used to call the Third World (Syria, Mexico, Iraq, Afghanistan, Yemen, Somalia, Sudan, Turkey, South Sudan and Nigeria). The good news is that the 157,000 fatalities of 2016 represent a modest improvement with respect to the 167,000 registered during 2015.

Ethnic conflict, civil war and narco-terrorism have been the main factors behind the prevalence of domestic conflict, which has entailed massive impacts on civilian populations caught in the middle of the forces directly involved in military confrontation. The report also notices the gravitation of refugees and armed struggle itself in towns and cities. Dr John Chipman, Chief Executive and Director-General of the IISS, remarked both the novelty and some important consequences of this tendency to “urbanization”: “Approximately half of the 36 conflicts featured in the Armed Conflict Survey 2017, and all of the most lethal ones, have a significant urban component. If in the past the typical insurgent fought in the mountains, forest or jungle, today she or he is as likely to be found in an urban setting. This poses particular challenges for aid agencies as they look to track and support displaced people, and for armed forces as they battle insurgents."

Dr. Chipman also referred to some puzzling distinctive traits of the Mexican case: "The death toll in Mexico’s conflict surpasses those for Afghanistan and Somalia. This is all the more surprising, considering that the conflict deaths are nearly all attributable to small arms. Mexico is a conflict marked by the absence of artillery, tanks or combat aviation." The 22 Mexican states (out of a total of 32) that experienced rises in the number of homicides are scenarios of the wars for territorial monopoly of distribution among competing drug cartels. Massive displacements of population have been triggered by the inability of governmental forces to restore security and maintain minimal levels of governability in those areas. Nationwide, the number of people forcibly displaced between 2007 and 2016 climbed to 35,433, according to Mexico’s National Human Rights Commission. Around 90% of these people had fled their homes because of violence.

Massive casualties and migrations resulting of extortion, kidnapping, money laundering, gang violence and smuggling have by no means confined to Mexico among Latin American countries. The combined total for Honduras, El Salvador and Guatemala was almost 16,000. In spite of a remarkable 22% decline in the number of murders, El Salvador experienced its second-most-violent year since 1999 with 5,199 victims of murder. Experts have recently highlighted the qualitative transformations involved in the expansion of the coverage, organizational strength and firepower of some of the gangs engaged in competitions for control in this area by referring to them as “Third Generation Gangs.” Among them, Mara Salvatrucha and Barrio 18 have consolidated particularly sinister reputations. In 2012, the UN Office on Drugs and Crime and the US State Department estimated between 54,000 and 85,000 the combined membership of these gangs across urban areas in Honduras, Guatemala and El Salvador.

Of course, retaliation among criminal organizations only account for part of the numbers. Gangs have been very successful targeting governmental forces: 46 police officers and 27 members of the armed forces were victims of assassinations during the period under consideration – in most cases while they were off duty.