Venezuela: A Conflict of Who is in Power 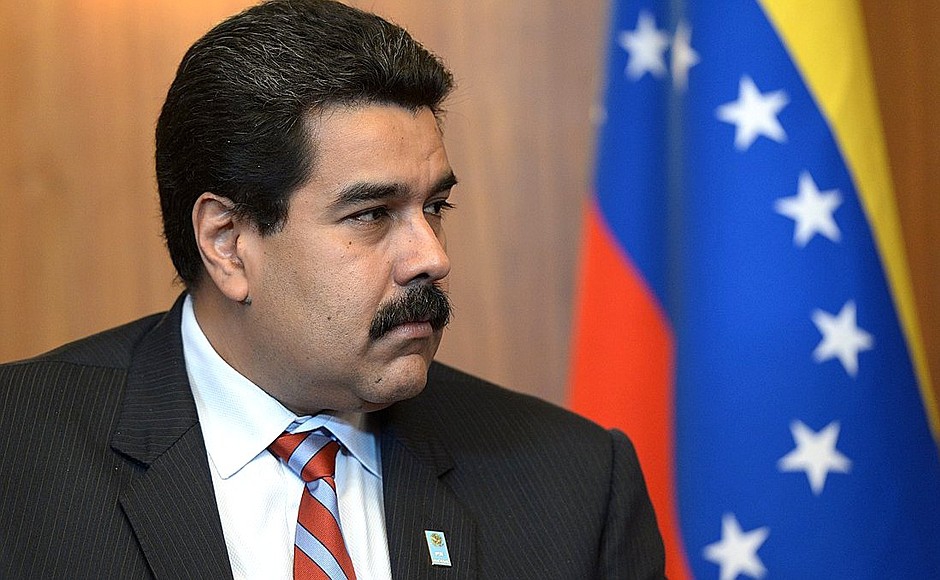 In May 2018, Venezuela re-elected President Nicolas Maduro, which resulted in polarized sentiments among a domestic and international audience. Maduro assumed his role as president of Venezuela in 2013 after Hugo Chavez passed away. Maduro’s time in office has been controversial, causing international condemnation. The 2018 presidential election had low voter turnout, “with more than half of voters not casting ballots” (Casey 2018) and has been widely criticized as rigged and unfair, heightening anti-Maduro sentiments. The low voter turnout could be a sign of general dissatisfaction of the three presidential candidates, Nicolas Maduro, Henri Falcón, and Javier Bertucci. Falcón and Bertucci are both oppositionist leaders that say the election was flawed due to the prevention of other candidates from running and the change of the election to a much earlier date. The polarization of Maduro’s administration has caused members of the opposition to challenge his authority, causing a current conflict of power in Venezuela.

Nicolas Maduro has ample political experience, including his time working as a trade union leader, serving as Minister of Foreign Affairs and Vice President of Venezuela, and various other positions under Hugo Chávez. Chávez was the president of Venezuela between 1999 and 2013, a time in which he proposed social reforms and engaged in leftist policies, including the nationalization of the oil industry. In 2013, Maduro won the presidency as the candidate of the United Socialist Party of Venezuela and was predicted to follow Chavez’s leftist ideology through his leadership. However, Maduro has been unable to follow the social and economic success that Chavez had. During Chavez’s presidency, oil revenue was high, allowing the country to focus resources on social programs; however, Maduro has not had the same economic success. The economic turmoil that Venezuela has suffered has been blamed on the country’s reliance on oil, the devaluation of the Venezuelan currency, bolívar, and strict economic policies including price controls. Venezuela relies heavily on oil exports, and when the international price of oil declined, there was a lack of other industries to support its economy (Conway 2020). The United States stands firmly against Maduro and has threatened stricter sanctions after they “condemned the election as unfair and anti-democratic” (Casey 2018).

The New York Times states that Venezuela is “a country in the midst of a historic economic collapse marked by soaring prices, widespread hunger, rampant crime, a failing health system and a large-scale exodus of its citizens” (Casey 2018). The “exodus of its citizens” references a vast amount of Venezuelans that are emigrating to neighboring countries, including Colombia and Brazil. The large number of immigrants have put pressure on the governments and health care systems of Colombia and Brazil.

Among the many that oppose Nicolas Maduro and his administration includes Juan Guaidó, a Venezuelan politician and the current President or Speaker of the National Assembly of Venezuela, which is Venezuela’s unicameral legislature. Juan Guaidó is the founder and a member of the Popular Will, a social-democratic party that formed after the 2007 Venezuelan protests. Guaidó has become a strong opposition leader against Maduro, enough so that a year ago on January 23rd, 2019, Guaidó and the National Assembly announced that he is the acting president of Venezuela. Countries including the United States and Canada, began to recognize him as the interim president, as well as other countries including Russia and China. Even though Guaidó is considered acting president by some, Maduro remains in control of the main governmental institutions, as well as the military.

This past week Maduro’s administration fought back again by trying to prevent Guaidó twice “from attending a vote to re-elect him as Speaker” (BBC World 2020). The first attempt succeeded to prevent him from attending the vote, but on Tuesday, Guaidó and other opposing lawmakers were able to enter after struggling with the National Guard. However, Guaidó’s absence the day before meant that Luis Parra had already been sworn in as Speaker of the National Assembly. Luis Parra was once allied with Juan Guaidó, “but has been embraced by Maduro in an apparent bid to shove Guaido aside” (Laya 2020). Though he has the support of Maduro, Parra has still criticized his government and blamed him for current economic issues (Laya 2020). Parra has also been accused of corruption, and he “has denied allegations of accepting bribes from Maduro to side with the socialists in the legislature” (Neuman 2020). Many, however, believe this was Maduro’s way of installing a political ally in the assembly, in order to prevent opposition to his proposed policies. While Parra was sworn in, an informal vote was held outside the National Assembly that included other politicians that were not allowed in. Both Parra and Guaidó claim they have the sufficient votes and have labeled themselves the new President of the National Assembly. Guaidó now exists in a power conflict between Maduro as President of Venezuela and Parra as Speaker of the National Assembly. The power dynamic in Venezuela reflects a larger pattern in Latin America, in which the legitimacy of authority is being challenged. This is paralleled in Bolivia, where Evo Morales recently fled due to dissatisfaction with the 2019 presidential election and was replaced by the interim president Jeanine Áñez.

In response to the recent events, Guaidó has taken to social media to call for protests against Maduro’s actions, but rallies and protests have seen a smaller attendance (Ellsworth 2020).   He continues to consider himself the speaker. Parra, however, seems firm in his position and has said that Guaido would be allowed back in the legislature but that “he would first need to acknowledge Parra’s undisputed leadership of the body” (Neuman 2020). Though it is muddled who will remain in charge of Venezuela’s National Assembly, it is likely that Maduro will remain in power as president. Guaido will most likely be preoccupied with assuring his position as Speaker of the National Assembly, which he previously claimed gave him the justification to act as interim president in 2019. If Parra was able to establish himself as the new leader, he too could claim the space as interim president, though it is unlikely due to his possible comfortable ties with Maduro. Technically, Maduro has until 2024 until the next presidential election; however, Guaidó has previously tried to remove Maduro from office, and with the latest “parliamentary coup,” it could instigate another response by Guaidó to question Maduro’s legitimacy.