'Venephobia' in Ecuador and throughout Latin America 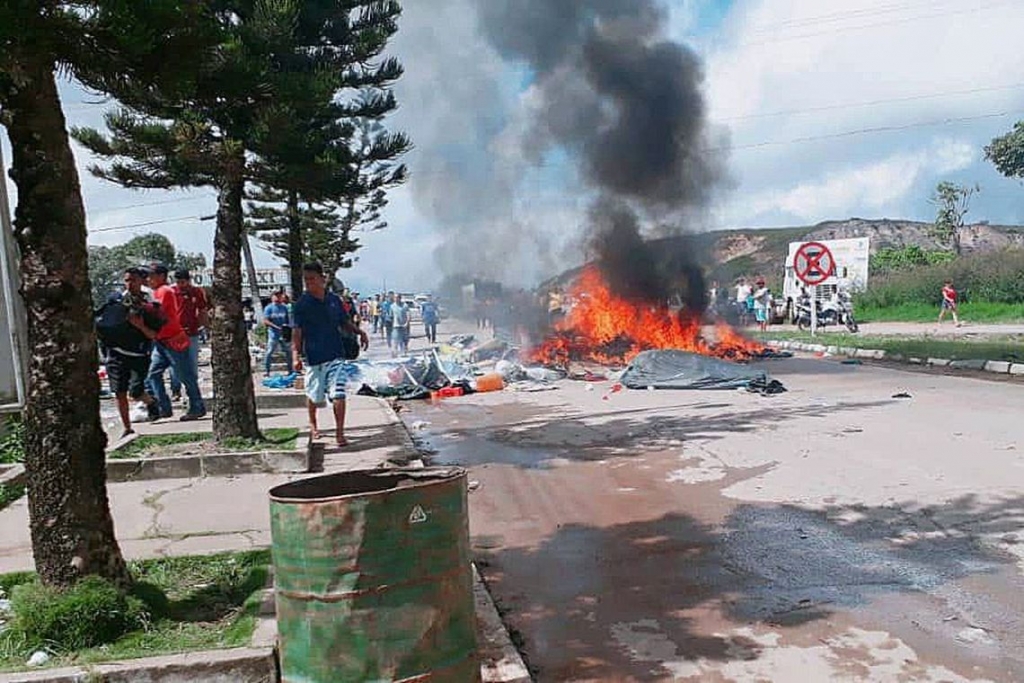 Following the very public murder of a pregnant Ecuadorian woman by her partner, a Venezuelan immigrant, violent protests have erupted among Ecuadorian citizens who are demanding a crackdown on immigration from Venezuela. After the start of the protests, Ecuador’s President Lenín Moreno announced that new measures would be considered to limit immigration and that security forces would be deployed to monitor Venezuelan immigrants. These public reactions to the murder, and Moreno’s response, have been harshly criticized by those who view them as xenophobic against innocent Venezuelans.

The protests initially began following the tragic murder of Diana Carolina Ramírez, an Ecuadorian citizen, by her estranged boyfriend, Yordy Rafael L.G., an immigrant from Venezuela. Ramírez was 22 years old and 4 months pregnant, and the incident has been labelled by experts a femicide, or a sex-based hate crime against a woman. The crime began on the evening of Saturday, January 19, when Rafael held Ramírez hostage in the streets of Ibarra, Ecuador, publicly threatening her with a knife for over an hour. He ultimately stabbed her several times in the street in front of several witnesses and police, some of whom caught the event on video. Ramírez later died in the medical center from the wounds to her chest.

The very public murder of Diana Carolina Ramírez has sparked outrage among Ecuadorian citizens, in part due to the failure of the present police officers to stop Rafael from harming the pregnant woman, as he had been threatening her life for nearly 90 minutes by the time of the murder. Government officials have demanded that the death of Ramírez be remembered by all police, and that security forces take all possible action against crime and delinquency in the future (El Observador).

Others, however, are outraged by the crime for a different reason. For many in the Andean city of Ibarra where the murder took place, the incident serves as a reason to oppose immigration from Venezuela. In the days following the crime, many Ecuadorian residents of Ibarra took to the streets to demand limits on Venezuelan immigration, and to threaten Venezuelans living in the city. Many were driven out of their homes as protesters reportedly threw stones at them, forced them out of the parks where they were sleeping, and set their belongings aflame (El Observador). Though some stayed in the city, others decided to flee northward on foot to Colombia.

These protests were initially led by Álvaro Castillo, the mayor of Ibarra. He demanded the presence of security forces to combat violence by immigrants. He urged that Ecuador should allow foreigners to migrate to the country—but not at the cost of the security of Ecuadorian citizens (El Periodico). During the protests, participants reportedly antagonized Venezuelan residents, yelling, “¡Fuera, venecos, fuera!” (“Get out, Venezuelans, Get out!”).

Instead of denouncing the extreme response to the incident, or using the crime to raise awareness of gender-based violence, President Lenín Moreno satisfied the mayor’s demands with his declaration that he would tighten security to control the legal status of Venezuelan immigrants in the streets. He also suggested that the government would soon toughen standards for Venezuelans to enter the country. However, a similar controversial initiative was proposed in August of last year, which would have required Venezuelans to present passports to come to Ecuador. Many opposed the initiative, arguing that most Venezuelans do not have proper documentation and that such a regulation would be unfair. As of now, it is only required that Venezuelan immigrants have an ID card to enter the country legally.

The United Nations has criticized President Moreno’s response to the murder of Diana Carolina Ramírez, accusing him of encouraging the violent and xenophobic backlash already taking place in the streets of Ibarra (The Guardian). Many within Ecuador and throughout Latin America have echoed this notion, criticizing the violent response and the harassment of Venezuelan immigrants and families. Following the protests and Moreno’s announcement, the hashtag #noalaxenofobia was trending on social media platforms, with many stepping up to defend the innocent immigrants who had been targeted in the protests.

This xenophobic sentiment and reaction to Venezuelan immigration, however, is not a new problem, and is not at all limited to the case of Ecuador. Since the onset of the economic and political crisis in Venezuela in 2015, an estimated 3 million people—around 10% of the country’s population—have fled to neighboring countries in search of refuge and opportunity. While many countries sympathized with the cause and welcomed the immigrants at first, however, the continuous flow of migrants has had the effect of straining limited resources from the state, and aggravating ethnic tensions. In many cases, this means that immigrants have been met with hostility and animosity in their new homes simply due to the fact that they are from Venezuela.

These immigration flows, and the subsequent rise in anti-immigrant sentiment, have most prominently affected those countries directly surrounding Venezuela: an estimated 1 million Venezuelan immigrants have fled to Colombia, 500,000 to Peru, and hundreds of thousands more to Brazil, Argentina, Ecuador, and the Caribbean islands to the north (Reuters). Unable to support the ongoing flow of migrants, some countries, including Peru and Chile, have toughened their stances and have enacted policies to limit the number of immigrants from Venezuela that they are willing to accept. While these policies may have valid reasoning, they have undeniably exacerbated hostility and xenophobic sentiment towards Venezuelans.

Xenophobia towards Venezuelans—or ‘Venephobia’, as some have labelled it—can be seen in violent attacks such as that in Ibarra, or in smaller, isolated cases of verbal or physical public harassment. Many are resentful of Venezuelan immigrants for overcrowding border cities and exhausting state resources. Others associate Venezuelan immigrants with wealth and arrogance, a stereotype linked to Venezuela’s rise as a wealthy oil-producing country before its collapse in 2014 (Bloomberg). Others simply dislike Venezuelan immigrants because they are different—which is undeniably the root of a lot of anti-immigrant sentiment in countries around the world.

Though this xenophobia typically takes the form of small-scale verbal harassment, however, it can also manifest in larger, much more violent ways. One case, which resembles that in Ibarra, occurred in the Brazilian border city of Pacaraima in August 2018. Following reports that a local restaurant owner in Pacaraima was attacked and beaten by a group of Venezuelan immigrants, groups of enraged Brazilian residents ambushed migrant encampments in an attempt to threaten Venezuelans and drive them out of the city. These groups of men assaulted immigrants with stones and sticks, and set fire to migrants’ belongings and the tents that they were staying in. The Brazilian government eventually sent military troops to Pacaraima to mitigate the situation and protect those under attack; however, it is estimated that around 1,000 Venezuelans fled back across the border immediately after the incident (BBC News).

Cases such as these are poignant examples of the prevalence of anti-immigrant sentiment in Latin America, and raise concern for those innocent individuals and families being targeted in these violent and hateful attacks. This hostility towards Venezuelan immigrants in many Latin American countries resembles similar sentiment in countries around the world including the United States, Mexico, and Germany, where animosity towards immigrant groups has become an especially salient issue in recent years.

As the crisis in Venezuela becomes increasingly precarious, and as political crises in other countries such as Nicaragua drive even more people out of their homes, xenophobia is likely to become even more of an issue for immigrant communities and for the countries hosting them. However, to avoid violent attacks on innocent migrant communities such as those seen in Ibarra and Pacaraima, it is necessary that governments work to denounce anti-immigrant hate crimes rather than encourage them. Leaders should lead efforts to reprimand the individual crimes taking place, by immigrants or by anyone else--not to blame an entire community of people for the crime of a single person. Though large immigration flows can certainly strain a country’s humanitarian resources, it is imperative for those countries to recognize what those migrants have already been through, and take all possible action to address their needs while protecting them from further hostility in their new homes.