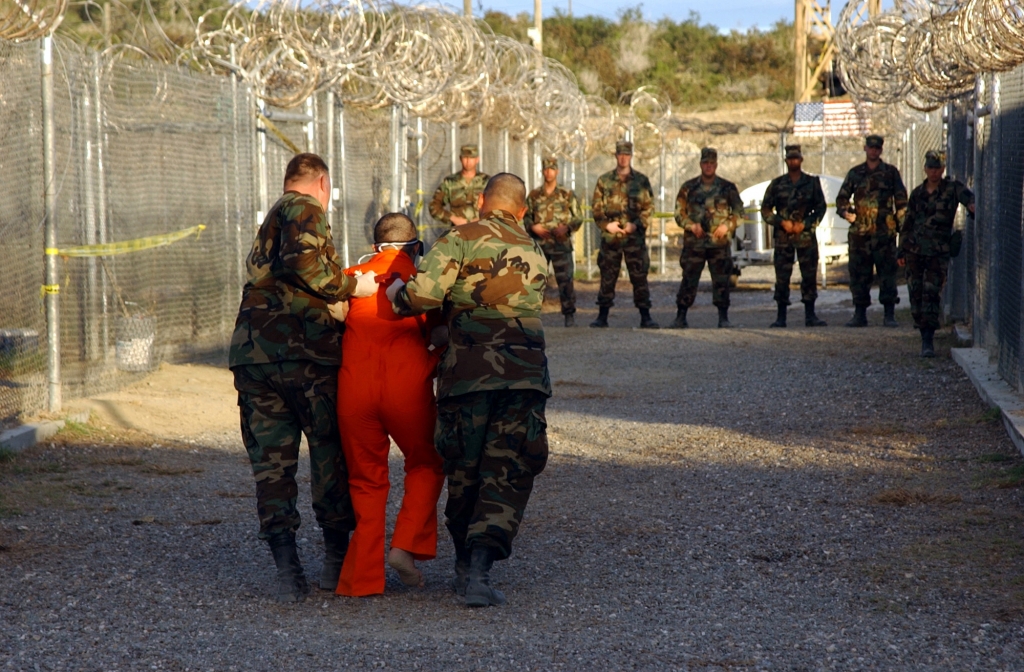 The latest attempt to relocate prisoners out of Guantanamo Bay Detention Center has, as previous attempts before it, been stalled.  The government of Uruguay had recently accepted the relocation of six prisoners held in Guantanamo Bay, Cuba who have been approved for transfer. However, due to possible political ramifications the relocation will now be pushed back until after the elections in Uruguay this November.1 This is only the latest halt in the traffic jam that is the ongoing process of closing operations at Guantanamo Bay.

The detention center was retrofitted in 2002 to hold suspects deemed especially dangerous since the declaration of the War on Terror.  The United States government has used the detention center to skirt the legal proceedings afforded to prisoners by the U.S. Constitution. Since 2002, 779 prisoners have passed through Guantanamo Bay while only eight have been convicted on charges brought by the war court and seven others are currently facing charges.2 Currently, there are 149 prisoners and more than half have been cleared for transfer out of the Guantanamo.1 The detention center itself was not designed to hold this many prisoners and is quickly deteriorating with holes in roofs and structural beams.  In 2015 it is estimated that Guantanamo will need USD15 million for repairs, a trivial figure compared to the USD5 billion the U.S. has put into the prison since 2002.2

The legal justification for the base has been a carefully designed tap dance around domestic and international law to say the least.  According to policy under the Bush administration, “unlawful enemy combatants” (al-Qaeda and Taliban affiliates) are not allowed rights under the Geneva Convention due to their non-state affiliated status.3 Yet the UN as well as other international organizations have stated they do in fact fall under the coverage of the Geneva Convention.  These rights prohibit inhumane treatment and torture as well as providing fair trials for prisoners.4 It costs USD 2.8 million per prisoner every year while costing only USD 78 thousand to house them in the U.S.2  As a result, U.S. taxpayers are spending over USD 168 million every year on prisoners who have been cleared for release.5

The Cuban government is adamantly opposed to the U.S. occupation of Guantanamo as well as the detention of prisoners without trial.  Former leader of the communist party Fidel Castro has stated, “To keep a military base in Cuba against the will of our people is a violation of the most elemental principles of international law.”6 Cuba is not alone in their unwavering disapproval toward the naval base.  The United Nations has expressed their disapproval of the detention center throughout its existence.  UN High Commissioner for Human Rights has said, “The United States is in clear breach, not just of its own commitments but also of international laws and standards that it is obliged to uphold."4

In his campaign for presidency Barack Obama condemned the detention center and pledged to close it during his time in office.  However, his various attempts to close the U.S. base have been met with extreme backlash.  In 2009 President Obama signed an order to suspend proceedings at Guantanamo only to find his request rejected by a military judge.7 Later that same year the Obama administration moved to allow a maximum security prison in Illinois, the Thomson Correctional Center, to receive prisoners from Guantanamo Bay.  Ultimately, this proposal failed when funding of the prison was blocked in Congress.8 Conservatives fear that bringing the detainees to the United States is an unnecessary risk to the American public. Obama critics are quick to point out that despite his attempts at closing the center, he did sign the National Defense Authorization Act in 2012. Under section 1021 the act allows for the indefinite detention of people seen as hostile to the U.S. without trial and legitimizes the authorization of military force that was granted to the president in 2001 after the 9/11 attacks.9 The signing of the act upset advocates for the shutdown of Guantanamo and was seen as a step backward by the current administration.

With the likelihood of bringing the prisoners to the U.S. dwindling due to Congressional disapproval, the Obama administration and other organizations have reached out to numerous countries especially in Latin America to relocate these prisoners.  OAS Secretary General Jose Miguel Insulza has called on Latin America to take in the prisoners. "These are people who have not been judged, nor will they be, for any crime," said Insulza and went on to say that they are not at “serious risks to the security” of the receiving country.  While Uruguay has stalled after having coming forth to accept six detainees, it appears that Chile will weigh the option of whether or not to accept some of the prisoners as well.10

It is not clear where the prisoners who have been cleared for release will end up after Guantanamo, only that the closure of the center is not in sight.  The likelihood that President Obama’s 2008 campaign goal to close the detention center during his time in office is rapidly diminishing while costs continue to soar for the Cuban prison.

2. “Guantanamo Bay is Crumbling into Ruins” Available at: http://www.newrepublic.com/article/119503/guantanamo-bay-costs-mindboggling-expenses-running-prison

5. “Guantanamo by the Numbers” Available at:

6. “Deciphering the Thoughts of the New President of the United States” Available at: http://en.cubadebate.cu/reflections-fidel/2009/01/29/deciphering-thoughts-new-president-united-states/

8. “U.S. to Buy Prison Once Viewed as Guantanamo Successor“ Available at: http://articles.chicagotribune.com/2012-10-02/news/sns-rt-us-usa-prisonbre8911b9-20121002_1_thomson-prison-guantanamo-detainees-thomson-correctional-center

11. “Guantanamo: The Legal Mess Behind the Ethical Mess” Available at: http://www.bu.edu/today/2013/gitmo-the-legal-mess-behind-the-ethical-mess/