Under what conditions do voters in Latin America’s democracies punish corrupt politicians? As many of the region’s countries approach or pass their third decade of continuous democratic government, attention has turned from questions of democratic longevity in the region to the quality of democracy that citizens experience. And in Latin America, as in many parts of the world, citizens and policy makers are increasingly preoccupied with political corruption. In the 2012 AmericasBarometer survey in Brazil, respondents rated corruption as the second gravest issue facing the country, ahead of both violence and unemployment. This concern for corruption stands in juxtaposition with conventional wisdom that Latin Americans tolerate corruption. Many commentators have described Latin American citizens as resigned to accepting corruption, and  a variety of idioms represent this (apparent) tolerance: “El tiburón se baña, pero salpica” (Cuba, early 1900s); “Rouba, mas faz” (Brazil, 1950s);“Roba, pero hace obra” (Peru, today).1

Given the paucity of public opinion data for much of the twentieth century, it is difficult to assess the extent to which these phrases ever truly reflected popular opinion. And over the past decade, a new wave of scholarly work on political corruption in Latin America has begun to paint a very different picture of popular attitudes towards corruption in the region. Using innovative research techniques and actual election returns, scholars studying Brazil (De Figueiredo et al 2013, Ferraz and Finan 2008) and Mexico (Chong et al forthcoming) have found that mayors (and/or their political parties) in both countries lose political support when they are shown to be corrupt. Our study of the nationwide protests in Brazil in June 2013 revealed corruption to be one of the three most important issues motivating those mass protests (Weitz-Shapiro and Winters 2014).

To better understand how individuals respond to and process information about corruption and the conditions under which they are likely to punish corruption, we use experiments embedded into nationally representative surveys. By providing precise information about hypothetical candidates to voters, we are able to examine which information resonates most with these voters in order to better understand their actual voting behavior.

In a study published in 2013, we use an original survey experiment in Brazil to explore whether Brazilian voters are indeed willing to overlook corruption when politicians perform well, as the phrase “rouba, mas faz” [he robs, but he delivers] might suggest (Winters and Weitz-Shapiro 2013). Drawing on work by other scholars (Rundquist et al 1977), we call this the “trade-off” hypothesis.  In order to allow respondents to abstract from  particular politicians, our survey included vignettes about hypothetical local mayors, some of whom were described as delivering lots of public goods, and taking bribes, and others of whom were described as clean, yet delivering few public goods (other conditions were also included; see the paper for details). After hearing about one hypothetical mayor, respondents were then asked how likely they would be to vote for that person. In contrast to the traditional idea that Brazilians are tolerant of corruption, we find instead that respondents are quite critical of corrupt behavior.  Our results provide very little evidence that Brazilian voters are willing to overlook corruption for good performance in other areas. Our results are instead more consistent with what we call the “information” hypothesis: that if and when Brazilian voters receive reliable information about corruption, they are likely to punish politicians who engage in corrupt practices. This reaction is widespread across all swaths of the Brazilian population.2

In a follow-up survey carried out in Brazil in 2013, we examine whether Brazilian voters are able to distinguish more from less credible information about corruption.  We again asked respondents to evaluate a hypothetical mayor. In this survey, however, we varied the source of corruption information—in some cases attributing that information to an impartial federal audit, and in other cases to the opposition party. We show (see Weitz-Shapiro and Winters 2014) that most respondents are responsive to the quality of information—they are more likely to punish more credible accusations of corruption and more likely to overlook corruption information that comes from an opposition party.  In particular, we show that politically sophisticated respondents—those with higher levels of education and greater political knowledge—are more discerning of the sources of information. In contrast, the very least educated respondents in Brazil, although they still punish corruption, are not responsive to the source of information about corruption. For us, this suggests the importance of creating special government offices and courts that monitor corrupt activities and serve as credible sources of information for the public. Brazil is a leader in the use of federal government audits of municipalities.

Together, our work thus far points to the facts that Brazilian citizens dislike corruption and are willing to punish it and that politically sophisticated Brazilian respond to and process information about corruption somewhat differently from the population at large.

Our work also suggests a new mechanism that links education with better control of corruption.  In our data, all Brazilian voters – regardless  of their level of education – reject corruption, but more sophisticated voters are more responsive to the credibility of that information. This suggests that, as education increases among Brazilians, so will the electorate’s ability to hold politicians to account.

Overall, our results suggest there is reason for optimism. Although political corruption remains a serious problem in Brazil, the attention that it continues to receive and the likelihood that citizen sophistication will continue to increase both suggest that Brazil is not permanently stuck in a high-corruption trap.

1. In Cuba, the phrase, “the shark swims, but he splashes” is generally dated to the early days of the republic, when it was used to describe José Miguel Gómez, the second president, who was known as “El Tiburón” (the shark). In Brazil, the phrase, “he robs, but he delivers,” is generally dated to the 1950s, where it was used to describe the governing style of Adhemar de Barros, a prominent Sao Paulo politician. Finally, “he robs, but he makes public works” has been used in many countries in the region, and as recently as 2014 was referenced in the mayoral election campaign in Lima, Peru.

2 In fact, if any group displays tolerance for corrupt politicians in the survey, it is the very rich.

Weitz-Shapiro, Rebecca, and Matthew S. Winters. "Discerning Corruption: Credible Accusations and the Punishment of Politicians in Brazil." Presented at the Annual Meeting of the American Political Science Association (2014). 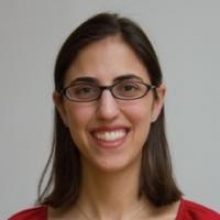 Rebecca Weitz-Shapiro
Rebecca Weitz-Shapiro is the Stanley J. Bernstein Assistant Professor of Political Science at Brown University. Her research focuses on the quality of representation and government accountability in Latin America. Her book, "Curbing Clientelism in Argentina: Politics, Poverty, and Social Policy," was recently published with Cambridge University Press (2014). Her ongoing projects examine citizen attitudes towards corruption and mechanisms of state oversight in Brazil and Argentina. Webpage: https://vivo.brown.edu/display/rweitzsh