Small turnout for Maduro's Second Inauguration: What countries still support Venezuela, and Why? 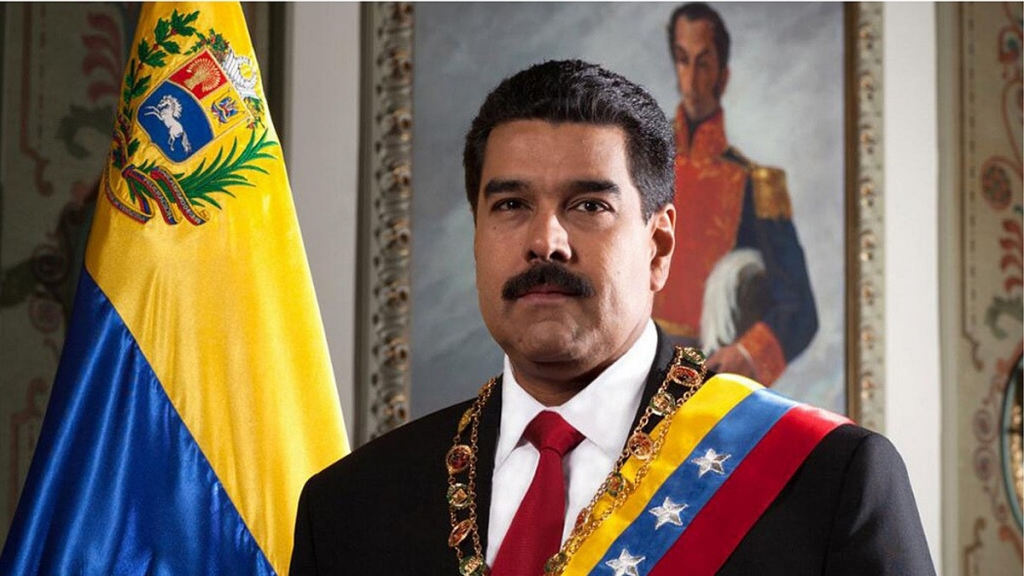 On Thursday, January 10 at 10:00 a.m., controversial leftist leader Nicolas Maduro was sworn in for a second 6-year term as President of Venezuela despite deteriorating economic and political conditions throughout the country. Maduro was elected for his second term in May of last year in presidential elections that have been widely considered illegitimate, unfair and unfree.

Many international allies of Venezuela have abandoned support for Maduro, the hand-picked successor of late socialist leader Hugo Chávez, as a result of his poor management of the country’s ongoing political and humanitarian crisis. As citizens continue to endure extreme hyperinflation and struggle to access basic resources such as medicine, food, and electricity, leaders around the world have denounced the sitting president for neglecting his population’s needs and overlooking a humanitarian emergency. Since the onset of the economic crisis in Venezuela in 2014, an estimated 3 million people—around 10% of the overall population—have fled to neighboring countries in search of refuge and asylum.

In response to growing criticism, Maduro has largely responded by silencing his opposition and blaming the international community for the country’s economic hardships. He has built on his predecessor’s legacy of anti-imperialist rhetoric against the United States and leftist populism, simultaneously suppressing those within the country who disagree. In March of 2017, President Maduro stripped Venezuela’s National Assembly of its legislative powers and granted those abilities to the Supreme Court, which is overwhelmingly comprised of members of his own party, the United Socialist Party of Venezuela.

While Maduro has undermined the democratic institutional makeup of Venezuela, he has also received widespread criticism for manipulating elections to ensure his own victory. The most recent case was in May of 2018, when he won 67.8% of the popular vote despite the ongoing economic crisis and growing domestic opposition. This margin of victory is stunning when compared with his approval ratings, which are said to be below 25% (Reuters). The election has been widely discredited as illegitimate by countries and institutions around the world, partly because the Electoral Council that conducted the elections were unfairly aligned with the regime. Venezuela’s Socialist Party has also been accused of banning major opposition parties from presenting candidates, imprisoning political opponents, and even giving cash and food handouts to poor Venezuelan citizens in exchange for support.

Because of these apparently unfair and fraudulent elections, most democracies around the world have refused to accept the results and have urged opposition leaders within the country to challenge Maduro’s second term. International organizations including the United Nations, the European Union, and the Organization of American States have expressed their objections to the election, declaring Maduro’s second inauguration illegitimate and undemocratic. 13 out of the 14 Latin American countries that comprise the Grupo de Lima, a multilateral body formed in efforts to solve the humanitarian crisis in Venezuela, also expressed their disapproval of the elections. Just after Maduro’s inauguration, Paraguay and Peru both cut ties with Venezuela and recalled all diplomats from the country in protest of Maduro’s new term.

Within Venezuela, a significant opposition movement has risen under the National Assembly’s new leader, 35-year-old Juan Guaidó, who was sworn into his new position on January 5. Guaidó has vowed to overthrow Maduro and serve as the interim President of Venezuela until new elections can be held, as long as the military is willing to support him. He has promised amnesty to all military and/or government officials who choose to renounce the president and join the opposition’s efforts to reestablish democracy. Guaidó has received support from the United States, Canada, and Brazil, who have publicly chosen to recognize the National Assembly, rather than Maduro, as Venezuela’s legitimately elected body.

However, in light of Maduro’s controversial re-inauguration, rising domestic opposition under Guaidó, and international disapproval of Venezuela’s eroding democracy, there are a few foreign leaders who have stayed loyal to Venezuela and professed their continued support. Although Maduro’s inauguration crowd was undeniably more sparse than in the past, a few leaders and foreign dignitaries made a point to make an appearance and show their support for the regime in spite of widespread criticism. Below is a brief overview of the countries that still support Maduro through his second inauguration—and why.

One of the most loyal allies of Venezuela over the years has been Evo Morales, President of Bolivia since 2006. Since the beginning of Venezuela’s Bolivarian revolution, Morales has been a massive supporter of the movement and its leadership under Chávez. As a member of Bolivia’s own socialist party (Movimiento al Socialismo), he shares many of the same leftist ideals with the late revolutionary. Before Chávez’s death in 2013, Morales is said to have been very close friends with the populist leader, to whom he referred as an ‘older brother’ (El Comercio). He was known to speak on the phone often with Chávez, and cried publicly several times when he died.

The unbreakable bond between Chávez and Morales was in part due to their shared political ideals, but also because Chávez was one of Morales’s greatest supporters during his first presidential bid in 2006. Despite the change in leadership and undeniable political transformations since Chávez’s death in 2013, Morales has remained a faithful supporter of the values of the Bolivarian revolution. Like Maduro and Chávez, Morales has taken a strong stance against the United States and what he views as ‘imperialist’ interests.

Morales was one of the few Latin American leaders who attended Maduro’s most recent inauguration, inciting protests in La Paz among those who oppose the election. However, despite the election’s questionable validity and disapproval of Bolivia’s continued support of Maduro, it appears extremely unlikely that Morales will falter in his loyalty to the controversial leader.

Like with Bolivia’s Morales, the leftist revolution in the 2000s resonated deeply with Cuban leaders and generated a profound sense of loyalty the movement, and to Chávez. Cuba’s former dictator Raúl Castro, and new President Miguel Díaz-Canel, both identify strongly with Maduro’s anti-imperialist and anti-U.S. rhetoric, and have been some of the most prominent defenders of Venezuela’s socialist regime.

Cuba’s Miguel Díaz-Canel, President since April of 2018, was another one of the few Latin American executives to attend Maduro’s re-inauguration on January 10. He tweeted a photo with Maduro, Evo Morales, and El Salvador’s Sánchez Cerén, with the text “hermanos de lucha, hermanos de sueños,” (‘brothers in the fight, brothers of dreams’) to express his support for Maduro’s reelection.

On the night before Maduro’s second inauguration, El Salvador’s leftist President Salvador Sánchez Cerén announced that he would be traveling to Caracas to support the Venezuelan leader. In a released statement, Sánchez Cerén explained that he stands in solidarity with Maduro because of the rapid support that Venezuela provided to El Salvador following devastating earthquakes in 2001 (El Nacional).

Sánchez Cerén has been known in the past to faithfully support Venezuela, often choosing to abstain from votes or initiatives to condemn human rights violations in the country.

Nicaragua’s Daniel Ortega, like Maduro himself, has been widely accused of undermining democracy and violating the human rights of his own people. Nicaragua was similarly affected by the drop in oil prices in 2014, since a large portion of its economy was based on a strong economic alliance with Venezuela. In Nicaragua, like in Venezuela, this shift contributed to a sharp economic downturn, student-led protests against the government, and a decline in democratic values.

Like many of the other leaders still supporting Venezuela, Ortega self-identifies strongly with Chávez’s Bolivarian revolution, and has remained loyal to the cause even after Maduro has led the country into economic and political decline. Daniel Ortega attended Maduro’s re-inauguration on January 10, and said to be honored to be united with Venezuela in “a battle for peace and justice in the region” (El Nacional).

Mexico’s support of Maduro’s second term is one of the most surprising and controversial. For several decades, Mexico has maintained a strict foreign policy of actively supporting human rights and democracy around the world and decrying countries that fail to abide. However, Mexico’s new President Andrés Manuel López Obrador of his own leftist party Movimiento Regeneración Nacional recently took it upon himself to reinterpret this foreign policy, known as the Estrada Doctrine, to be one of non-intervention. He claims that the constitutional mandate instructs presidents to not intervene in other countries affairs, and to therefore not take a stance against other governments. This new approach, however, has generated widespread criticism from many politicians who view it as little more than an excuse to support a controversial leftist president (Miami Herald).

Another Latin American country that showed its support at Maduro’s inauguration was Uruguay. Similarly, Uruguay’s President Tabaré Vázquez did not attend himself, instead sending embassy official José Luis Remedi (El Nacional). Leaders within Uruguay have expressed that it is not their place to choose which governments are or are not legitimate, and that they must show solidarity for their former Latin American country of Venezuela. However, the decision to send an Uruguayan representative is speculated to have simply been a strategic move to maintain support among chavistas within the country (El Mundo).

Outside of Latin America

Aside from these countries listed, the vast majority of democracies throughout the world have expressed their opposition to the recent elections and to Maduro’s second term. However, Venezuela undeniably has a few strategic allies across the world, some of whom sent their own representatives to attend the inauguration.

One of Venezuela’s most powerful international allies is China. As leaders in the United States have distanced more and more from associating with Venezuela, China has taken the opportunity to establish an economic and political relationship with Maduro. Part of President Xi Jinping’s diplomacy strategy is to make business investments in other countries without the requirement that those countries establish democracy or abstain from human rights. This foreign policy contrasts directly with that of the U.S., and has proven popular in many developing countries in Africa and Latin America. To show support for Maduro’s second term, China sent Han Changfu, Minister of Agriculture, to attend the inauguration.

Another one of Venezuela’s strategic international partners is Russia, with whom Venezuela has signed various oil and investment deals in recent years. Russia is one of Venezuela’s most important economic and military allies, much to the chagrin of the United States. Russia sent a government official, Dmitry Novikov, to take part in Maduro’s inauguration.

Aside from China and Russia, Maduro has maintained alliances with a few leaders around the world, including in Turkey, Georgia, and Iran. As one of the world’s leading oil producers, Venezuela has also maintained a key alliance with OPEC. The secretary of OPEC, Mohammed Sanussi Barkindo, was also in attendance at the controversial inauguration.