Santos Re-Elected: How, Why and Now What? 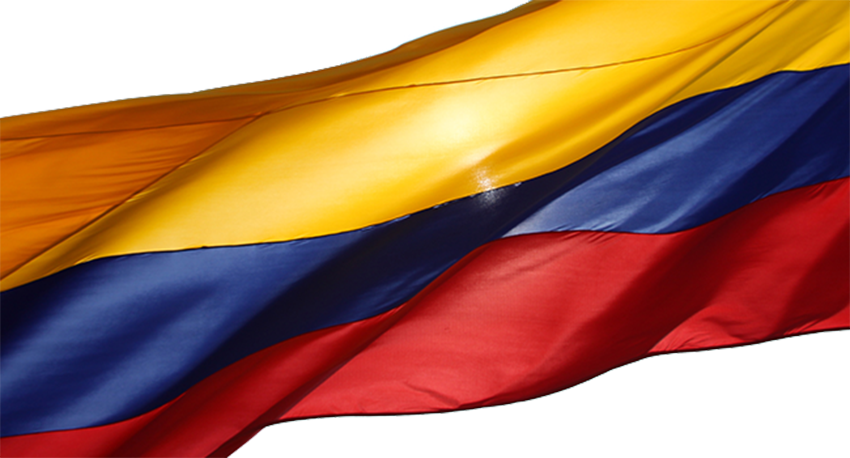 On Sunday, incumbent Colombian president Juan Manuel Santos won re-election. Santos defeated his run-off opponent, fellow conservative Oscar Ivan Zuluaga 51% to 45%.1 His victory was a comeback in nature, after emerging from the first round 500,000 votes behind Zuluaga. Yet on June 15th, Santos won by almost one million votes.2

The main contention of the run-off election was how to pursue further relations with the FARC, the leftist guerrilla group that has sustained a civil war that has cost Colombia nearly 220,000 lives in the past 50 years.2 Santos began negotiations with the rebel group in Havana, Cuba nearly 18 months ago, and ran on a promise to continue these talks and bring peace to Colombia. Zuluaga, however, campaigned to end these talks and bring the war to an end with continued use of arms until the FARC unilaterally surrenders to government paramilitary forces. Both rightists have friendly relationships with the financial sector and similar foreign policy initiatives, thus the election boiled down to two options in the eyes of many voters: “imperfect peace” or “perpetual war.”3

Zuluaga and his main supporter, previous president and fellow conservative Álvaro Uribe, claimed the incumbent used state resources to buy votes and advance his campaign. They criticize his negotiation initiative as unjust, calling it the “greatest corruption in history in the name of peace.”1 Santos has released statements declaring his refusal to acknowledge these accusations. He has claimed to have turned the page on such claims and begin a “new chapter” that ends in peace.

The word itself, “peace,” may be the single syllable responsible for Santos’ victory. The short but powerful slogan represents what moved voters on Sunday. The electoral results have led many to believe Santos’ success resulted from prolonged fears and frustrations instilled by the longest civil war in world history. The promise of a long anticipated peace to Colombians could have been the inspiration needed to choose armless negotiation over continued warfare. Santos was first elected in 2010 as a hardline rightist. Throughout his term conservatives have criticized him as he has ditched traditional allies for those who would support his bloodless peace initiative: intellectual groups, artists, women and Afro-Colombians.1 Support from said groups that have traditionally leaned more to the left was a leading factor in Santos’ victory on Sunday.  Another source of his vote share came from Colombians who refused to support Uribe, remembering his presidential era riddled with human rights violations. Many voters who chose Santos told interviewers that they could not vote for Zuluaga because they saw it as a vote for Uribe.4  One can clearly draw the connection between support for Santos and desire for an imagined peace joined with an enduring fear of continued civil war and strife.

Now that he has won re-election, Santos reassures his populace that his first goal is to both continue and speed up the peace process. He has also discussed an initiative to start negotiating with the ELN, or National Liberation Army, the second largest guerrilla group that plagues Colombia. However, such plans will not be instituted with ease, as domestic politics will surely complicate in weeks to come. Uribe’s party, Centro Democrático, will hold 19 Congressional seats in the upcoming cycle while Santos’ party, Partido Social de Unidad Nacional, has lost relative representation in Congress.5 Santos has addressed this concern and acknowledges that it “won’t be easy,” but is confident that after peace is reached, he will be able to shift his focus to other concerning domestic issues such as the healthcare and education systems that are desperate for revamp.3 The president also mentioned his goals to continue growing the economy, reduce unemployment and shape new trade initiatives. Santos has also hinted at the idea to repeal the law that permits presidential re-election instated under Uribe in 2005, and instead lengthen the term to either five or six years. This would grant a president an extended time period to pursue longer-term policies, such as FARC peace negotiations that were put at risk during this election.1

Fortunately for Juan Manuel Santos and his supporters, FARC negotiations will almost surely continue due to his electoral victory on June 15th. However, the terms of peace may be harder to sell to his newly revised Congress. Coalitions and allies have shifted and domestic politics in Colombia have complicated, leaving Santos’ goal of bloodless peace thwarted by obstacles. The electoral results nonetheless support the claim that Colombians want an end to the half-century long civil war, an end met with words instead of weapons. If, how and when Santos achieves this Nobel Peace Prize worthy goal will be fascinating to watch in the upcoming months.

1) Wyss, Jim. “Santos Asks Foes to Support Colombia Peace Even As They Oppose Him.”

4) O’Hagan, Ellie Mae. “Why Colombia’s Left and the West Welcome a Right Wing