The Rise of Female Incarceration Rates in Latin America 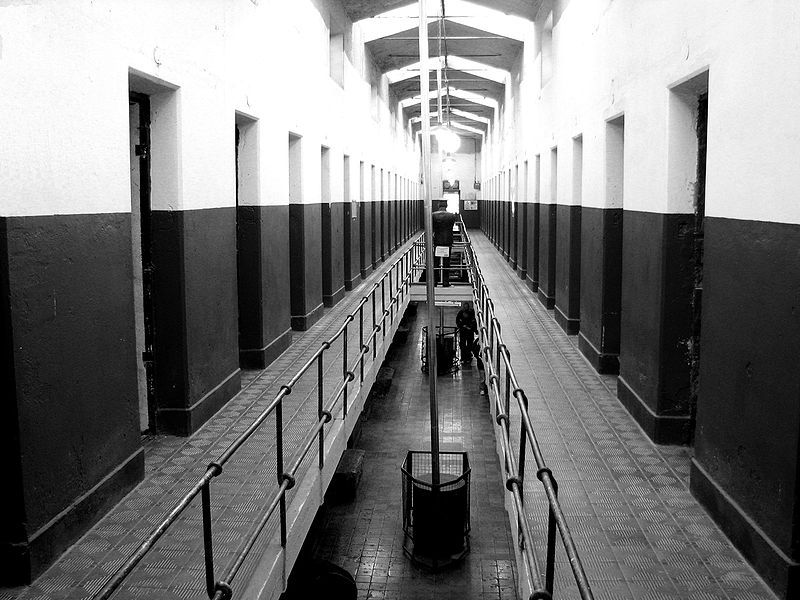 In Latin America, the rate of incarceration for women is rising disproportionately relative to men. The causes of this phenomenon can be traced to the feminization of poverty, the social liberation of women, economic marginalization, and the War on Drugs. Scholars who specialize in the intersectional fields of women’s rights, drug policy, and Latin America demonstrate how the growing rate of the incarceration of women is driven by harsh drug laws.

In many Latin American countries, many violent crimes receive a shorter prison sentence than non-violent drug crimes. For example, in Ecuador, the maximum sentence for homicide is 16 years, whereas the prison sentence for non-violent drug trafficking is anywhere between 12 to 25 years (Cloutier, 2016). Women have been experiencing the impacts of the harsh drug laws at a higher, disproportionate rate than men. Women only make up 6 percent of Latin America’s prison population, but the number of incarcerated women has risen dramatically. In the 2000s, the number of women incarcerated in Latin America was 40,000. This figure rose to 74,000 by 2011. Many of these women are incarcerated for non-violent drug offenses. For example, in Ecuador, Venezuela, Nicaragua, Panama, and Argentina, close to 80 percent of incarcerated women are imprisoned for drug-related offenses. This figure is smaller, but still overwhelming in other Latin American countries, where the rate of women incarcerated for drug-related crimes varies from 30 to 60 percent of the total female population (Cloutier, 2016).

Most women who are sentenced for drug-related crimes were involved at the lowest levels of the drug trade. These women come from the peripheries of society and operate as the “low-level mules” of drug trafficking (Cloutier, 2016). Thus, these women can receive up to 25 years in prison for minimal drug possession or micro-trafficking of drugs.

The War on Drugs is a driving force for these harsh drug laws. Specifically, the United States has heavily influenced and encouraged the strict laws that criminalize any drug activity. The United States advocated for sentences that generalize drug trafficking, and result in the same, mandatory punishment for small- and large-scale drug offenses—sentences that distortional impact women.

These women enter the drug trade often as a result of economic necessity. Specifically, these women are usually mothers with little to no education who live in poverty (Cloutier, 2016). Structural inequalities have led to the disproportionate rise in women’s incarceration, as women resort to joining the drug trade out of the need to provide for her children and family. Additionally, many women are coerced by their partner or family to enter the drug trade (Open Society Foundations, 2019). As a result of this coercion or economic needs, women find themselves in a position of vulnerability within the drug trade with minimal to no capacity for decision making.

Additional structural inequalities that have led to women joining the drug trade include the feminization of poverty, the liberalization of women, and economic marginalization. Feminization of poverty refers to the disproportionate share of women throughout Latin America living in poverty in comparison to men. The number of women living in poverty is continuously rising more than that of men. This rise is correlated with the increase in the number of women who are the heads of the household (Cloutier, 2016).

Lastly, the economic marginalization of women is a final component that may lead to women joining the drug trade. This idea suggests that women are not in the position to take advantage of economic opportunities because they are positioned in the periphery of the economy and society where engaging in criminal activity is not unusual. Women rely on social welfare programs that are restrictive in Latin American economies. Without the funding provided through welfare programs, women are forced to find alternative opportunities for income. Thus, women may turn to the drug trade in an effort to sustain themselves and their families (Cloutier, 2016). It can be concluded that many women resort to non-violent drug crimes as a method to keep up with their growing economic responsibilities, and the limited legitimate work opportunities that are available to them. It is clear that while on the surface, women have experienced an economic and societal liberalization, the opportunities that correspond with welcoming women into participating in society and the economy are extremely limited.

To address these challenges, the National Council for Incarcerated and Formerly Incarcerated Women and Girls the Open Society Foundation, EQUIS Justicia para las Mujeres, and the Washington Office on Latin America (WOLA) have used their platforms to advocate for the past and present women who are incarcerated in Latin America. These organizations call for laws and policies that account for the voices of women who have been incarcerated and address their specific needs. This demand to the criminal justice system extends to the voices who are routinely left out of political agendas and policies—Afro-descendant women, indigenous women, LGBT women. However, during a panel discussion on The Consequences of Rising Female Incarceration Rates in Latin America, Andrea James, the founder and director of the National Council for Incarcerated and Formerly Incarcerated Women and Girls, illustrates the necessity of grassroots campaigns to fight the systematic problem of women’s incarceration (Open Society Foundations, 2019). The National Council for Incarcerated and Formerly Incarcerated Women and Girls is led by incarcerated and formerly incarcerated women and girls. This organization launched the “Reimagining Communities” project which supports community initiatives that are led by incarcerated, formerly incarcerated, and affected women and girls (Written Testimony, 2019). “Reimagining Communities” focuses on the need to support programs that aim to improve housing conditions and create more opportunities for entrepreneurship and development among those impacted by incarceration (Open Society Foundations, 2019). “Reimagining Communities” portrays the need for organizations to focus their efforts on grassroots campaigns that aim to provide women and girls with living conditions and economic opportunities that will keep them out of incarceration.