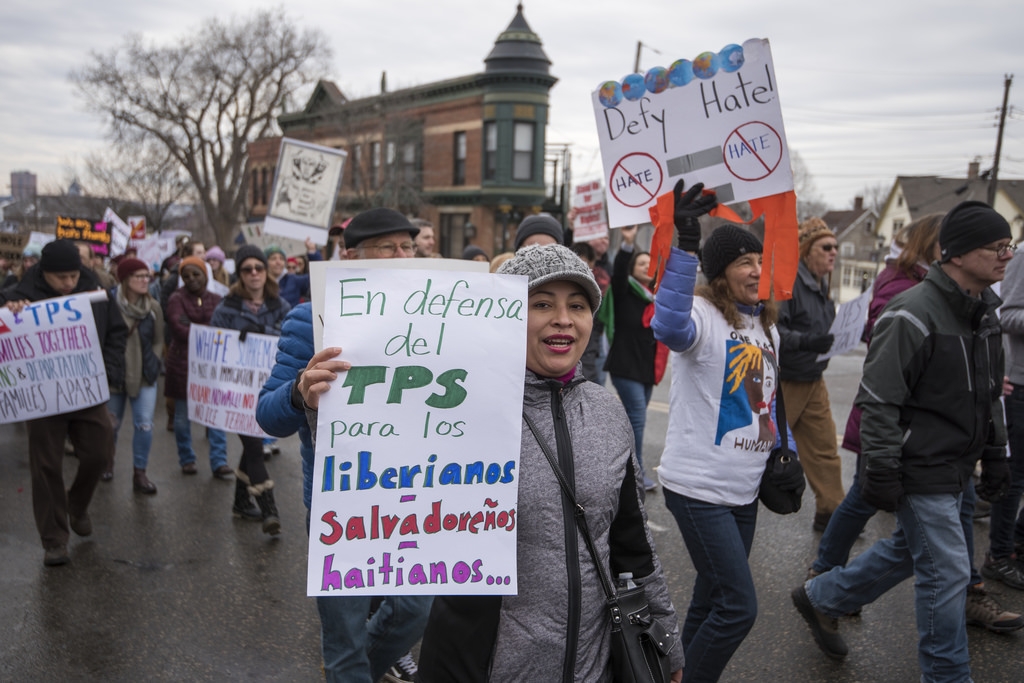 Discussion about TPS, or temporary protected status, has made recent headlines due to the Trump administration’s persistent hardline policies towards immigration issues. In summary, TPS was first enacted by Congress through the Immigration Act of 1990 as an initiative to provide humanitarian assistance to foreign nationals fleeing countries destabilized by ongoing war or disaster (“Temporary Protected”). TPS provides safety and solitude for people fleeing conflict and allows them to legally obtain work authorization and a driver’s license within the United States. However, TPS designation can only be made for 6, 12, or 18 months at a time. At least 60 days to expiration, and the Secretary of Homeland Security must decide whether to extend TPS or terminate it based on the conditions of each country (Jerabek). Every administration since the early 2000’s has renewed TPS every 18 months with little uproar (Miroff). It has served its purpose by providing foreign nationals security because they are unable to return home due to ongoing conflict, environmental disaster, epidemic, or other extraordinary circumstances. TPS protects foreign nationals from many different counties including Haiti, Honduras, Nepal, Nicaragua, Somalia, Sudan, South Sudan, Syria, Yemen--- however the overwhelming majority is from El Salvador (“Temporary Protected”).

Although the United States has granted thousands of Salvadorians temporary protected status, why have so many Salvadorians fled their home country in the first place? The devastating earthquake in El Salvador in 2001 led many Salvadorians to be granted temporary status under the conditions of natural disaster in their home country. However, the destruction of El Salvador started before the 2001 earthquake, and the United States is partly to blame. During the Cold War, the United States sparked many proxy wars against the USSR in Latin America. The United states systematically fought Marxist and socialist ideals by ousting democratically elected President Allende in Chile, funding Contra rebels in Nicaragua, and installing military dictatorships in many Latin American governments through coups d'état. Similarly, the United States became involved in the Salvadorian Civil War by pouring billions of U.S. dollars into backing the Salvadorian government against Farabundo Martí National Liberation Front (Bonner). With U.S. support, the Salvadorian government left a trail of human rights violations including: indiscriminate attacks on civilians, death-squad massacres, and massive internal displacement (Booner). The end of the Cold War left a heavy wake of destruction in countries like El Salvador, which experienced a death toll of over 75,000 (Bonner). In a 2015 Human Rights Brief, a representative of the Instituto de Derechos Humanos de la UCA (IDHUCA), Pedro Martínez, credited the mass displacement and state structure problems based on abiding problems from the civil war (Wood). The state structure never recovered and now inequality, poverty, corruption, and violence are persistent throughout the country. Therefore, is TPS really a “humanitarian” initiative by the U.S. despite causing so many deep-rooted problems in El Salvador?

Why Send Salvadorians Back Now?

Now the Trump Administration wants to terminate TPS status for nearly 200,000 Salvadorians in the United States. However, given that many Salvadorian TPS-recipients came to the United States in 2001, that would force people to leave deep-rooted communities that they have been in for almost two decades. In January the Department of Homeland Security released a statement saying “the Secretary determined that the original conditions caused by the 2001 earthquakes no longer exist. Thus, under the applicable statute, the current TPS designation must be terminated” (“Secretary of Homeland”). While the result of the earthquake that shook the country seventeen years ago are no longer a persistent problem, is it ethical to send Salvadorians back to a country of rampant violence and instability? In the same month that the Trump administration released its agenda to terminate TPS, El Salvador’s homicide rates spiked dangerously. In the first twenty days of 2018 there were 220 registered homicides (Jaramillo). El Salvador is certainly too dangerous to uproot people and send people back without compromising their safety. Even El Salvador’s president, Salvador Sánchez Cerén, had made efforts to ask the Department of Homeland Security to renew TPS—citing that El Salvador cannot handle the deportation of so many people back to the country. However, The Trump Administration points at the word “temporary” with little concern about the security repercussions on Salvadorians who have spent a large amount of their lives in the United States. The termination of the TPS program was met with a lot of backlash by Democrats in Congress and organizations that support immigrant communities. In the past couple of days, the Department of Homeland Security announced that they will extend work visas for Salvadorians in the United States. This is no act of good faith, however, because according to a customs official “the extension is a technical correction that was in order to align the final end date of work documents and TPS for Salvadorans: Sept. 9, 2019.The administration still plans to end the program in 2019.