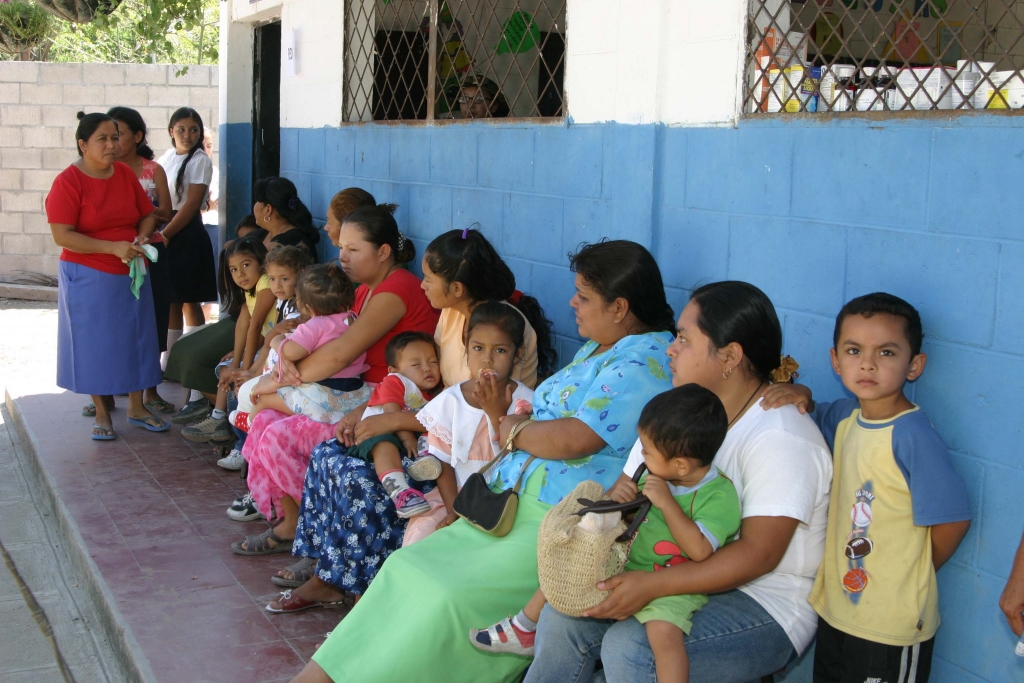 In 1997, El Salvador’s Congress made a motion to criminalise abortion, with legislators finalizing their decision without opening the case for public debate or consulting any medical professionals.  The campaign was headed by a number of anti-choice groups backed by the Catholic church, and the opposition, which took the form of a few women’s rights activists, was literally silenced when their microphones were disconnected during the trial (Lakhani 2017).

Since the decision, hundreds of women in El Salvador have been charged with felonies, a number even being charged with murder, after pregnancy complications.

El Salvador is one of five other countries in Latin America that has a complete ban on abortion, the others being Nicaragua, Honduras, the Dominican Republic, Haiti and Suriname (Malkin 2018).  However, women’s rights groups are gaining traction in their fight against the bill. Women across El Salvador are finding inspiration in Latin American nations which have recently abolished similar laws; last year Chile abolished its absolute ban on abortion, granting women the right to choose when pregnancy complications put their lives at risk.

Groups like the Center for Reproductive Rights and the Citizens’ Group for the Decriminalisation of Abortion (CDFA) have deemed El Salvador’s legislation unlawful since its inception.  Between 2000 and 2011, the CDFA stated that 129 women were convicted of abortion-related crimes, and as of 2015, 26 women and counting were charged with murder (teleSUR 2017).

Of the women on trial, a number are minors who were raped.  A study from the UN Population Fund (UNFPA) revealed that girls under 12 are the population most likely to become pregnant by rape.  As such, women’s rights groups claim that the law is particularly unfair when compared with the measures in place for convicted rapists.  Currently, teenagers in Bolivia who attempt to terminate a pregnancy resulting from assault can be given sentences lasting multiple decades.  A sexual offender, though, can only be charged with 6 to ten years in prison. (Warren 2017).

Just in the year 2016, a report from El Salvador’s National Civil Police showed that the country had recorded 3,948 sexual offense complaints, of which 1,049 were rape.  Over one-third of the victims were minors (Warren 2017).

One such minor is Evelyn Beatriz Hernandez Cruz, who was 19 years old when she was sentenced to 30 years in prison last year.  Hernandez’s became pregnant after she was repeatedly raped by a gang member, and allegedly suffered a stillbirth while unaware that she was even pregnant.  Although medical experts could not determine if the fetus died in utero or after delivery, Hernandez was sentenced on the grounds that she did not seek medical care (teleSUR 2017).

However, opponents of the law have more recently celebrated a few victories.  In February of this year, Teodora del Carmen Vásquez was released after completing 11 years of her 30-year prison sentence.  Vásquez was charged after experiencing a stillbirth in the last month of her pregnancy, but the Salvadoran Supreme Court overturned her ruling after deciding that there was insufficient evidence to prove that she had induced the accident (Malkin 2018).

Not even a month later, the Supreme Court pardoned another Salvadoran woman, Maira Verónica Figueroa Marroquín, after she served half of her 30-year sentence.  Although Marroquín suffered a late-term miscarriage, she was charged with aggravated homicide because she was unable to present witnesses or direct proof of her innocence (Ford 2018).

The Center for Reproductive rights, among others, has been vocal about their support of such pardons, but repeats that its members will not rest until all of “Las 17,” the 17 women who have been imprisoned for pregnancies that failed due to natural causes, are freed.  So far, five of the 17 women have been released; a sixth finished out her sentence (Malkin 2018). Their goal may become a reality if a new bill, allowing abortion in cases of rape or human trafficking, an unviable foetus, or complications which put a mother’s life in danger, is passed.

The bill was introduced in 2016 by Farabundo Martí National Liberation Front, a left-wing party, and marks the first time in Salvadoran history that abortion has been openly debated.  Of course, the proposition faces tough competition, especially from right-wing politicians and groups associated with the Catholic church. Ricardo Velásquez, a deputy from the right wing Nationalist Republican Alliance party, shared his distaste for the bill, saying that, “it is a total lack of creativity to take the simple route to this problem and kill the baby.  It is assassinating a Salvadoran in the making” (Tuckman 2018).

Recent legislative and municipal elections in El Salvador reported that the Nationalist Republican Alliance won 11 of the country’s 14 departments (Prensa Latina 2018).  Such a large majority could put a halt to progress on social matters like the new bill regarding abortion. However, it is possible that these results are a reflection not of El Salvador’s opinion of social issues, but rather is a response to the country’s slow economic growth and debt.