The Release of Brazil’s Ex-President, Lula 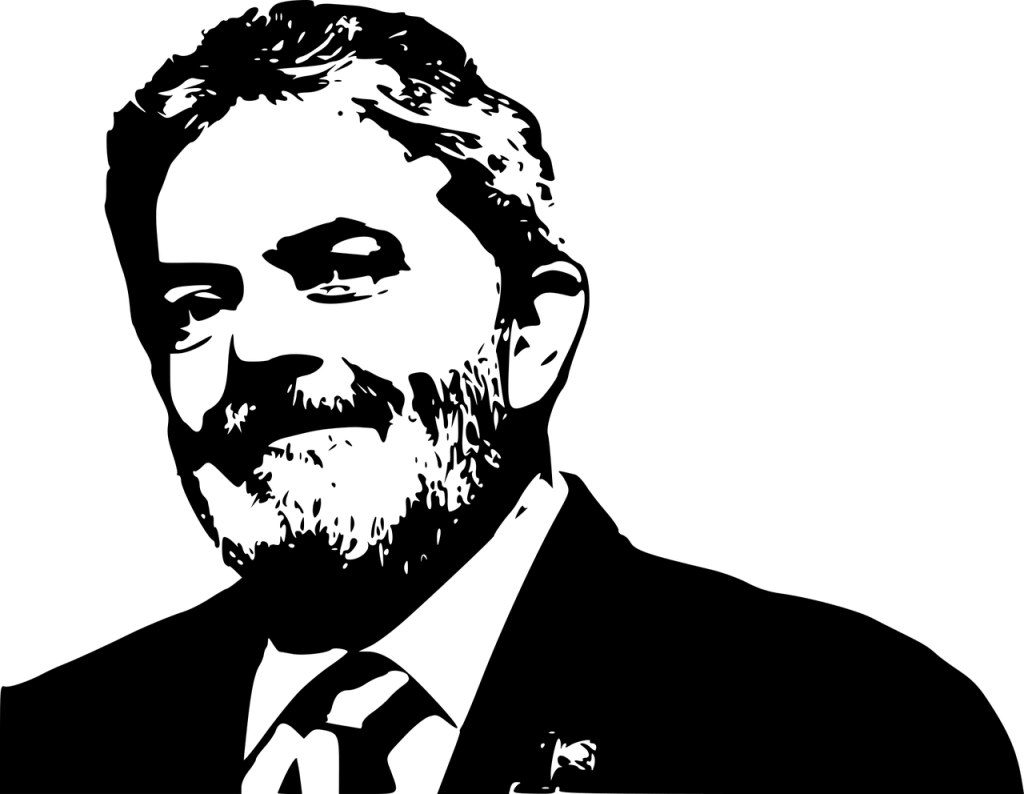 After 18 months in jail, ex-president of Brazil, Luiz Inácio Lula de Silva, commonly known as Lula, was released on Friday, November 8th, 2019. Lula has been held in a prison in Curitiba, Brazil due to charges of corruption. Lula was sentenced in 2018 to more than 12 years. His sentence was eventually reduced to 8 years and 10 months, but was again increased after he was found guilty in early 2019 for accepting bribes from construction companies.

Lula is a Brazilian politician who served as the 35th president of Brazil. He was initially  elected president in 2002 and was re-elected in 2006, serving as the President until 2010. Lula was a candidate and founder of the Workers Party (PT), a socially democratic political party in Brazil that emphasizes social justice and the labor movement. During his presidency, Lula initiated many social programs including Bolsa Família and Fome Zero that benefitted lower social classes in Brazil. Lula’s reputation as a politician and as President has been coined as “lulism”, a political ideology that emphasized how Lula was able to unify societal class divisions under the Workers Party.

However, in recent years Lula has become very controversial in Brazil, causing extreme hyperpolarization among the Brazilian people. “Some see him as the man who finally defeated an elite that had been in power for centuries and who used his powers to better the lives of the masses. Others say Lula is a corrupt populist whose only real project was to perpetuate his party’s stay in power through dodgy deals and alliances” (Gallas 2016). Dilma Rousseff, another member of the Workers Party, took over the presidency after Lula from 2011, but was impeached in 2016. Lula and Rousseff represent the left side of Brazilian politics, but with their time in office and with the allegations against Lula, Brazilian politics have become even more polarized. This was only furthered after the election of the current right wing administration of Jair Bolsonaro.

Operation Car Wash probes a major ongoing corruption scandal in Brazil that focused on bribes from Petrobras, a state-run oil company, to politicians. The investigation began examining money laundering, but has since extended to other charges including corruption. According to BBC World, “Operation Car Wash” began in March 2014 as an investigation into allegations that executives at the state oil company Petrobras had accepted bribes from construction firms in return for awarding them contracts at inflated prices” (BBC World 2019). Since 2016, the scandal has caused 179 people to be charged with 37 varying criminal charges. The scandal implicated many, including politicians. After some time it was unveiled that politicians in the Workers Party were allegedly using these funds to “pay off politicians and buy their votes and help with political campaigns” (BBC World 2019).

This included President Lula, who was found guilty of receiving an apartment by an engineering company OAS, in exchange for aiding the establishment of contracts with Petrobras. But others put it differently, arguing “The only charge that prosecutors had been able to stick on Lula was that he had committed ‘indeterminate acts of corruption” (Mier 2019). According to Mier, the only evidence against Lula was a coerced testimony of the director of the OAS construction company that changed his story more than once, landing on the final decision that Lula had received the apartment in return for political favors. He continues stating that “Seventy- three witnesses, including executives from the OAS company, testified that neither Lula nor anyone from his family had ever owned or lived in the apartment” (Mier 2019). Lula declared his innocence in the charges, stating he was not aware of the apartment and had never visited or used it. He also said his arrest was politically motivated in order to impede his ability to run for President again. His successor, Rousseff echoed this as the right-wing party, including current President Bolsonaro moved to impeach her on other grounds. The Operation Car Wash scandals, in conjunction with other misconduct in Brazil, including the Obredecht scandal, reveal the complex levels of corruption within Brazilian politics, that aids the wealthy in power and prevents a common good.

Before Lula was convicted, he had plans to run in the 2018 election in Brazil, but due to the allegations, was unable to continue. The Workers Party had to announce a new candidate, but was unable to triumph over Bolsonaro in the election. The United States also held a hand in the Car Wash Scandal. The United States Department of Justice gave $682 million dollars in order to help open a privately managed anti-corruption foundation in Curitiba, the conservative city in which Lula was held. Mier references that this seemed to aid companies including Monsanto, Chevron, Exxonmobil and Boeing who would all suffer under Lula and Rousseff’s policies that are based on funding public services, labor rights, education and strategic control over natural resources.

On Thursday, November 7th, 2019 the Supreme Court of Brazil overturned a three-year old rule which “mandated immediate prison time for convicted criminals after they lost their first appeal” (BBC World 2019). This law was initially implemented to try and aid the judicial system in convicting suspects and encouraging them to negotiate plea deals. The law has been criticized by many for affecting the due process of the law. The Supreme Court justices will now have to reinterpret the country’s penal code. This supreme court ruling allows defendants to “remain free until they have exhausted all appeals” (Darlington 2019). This ruling has been said to uphold the concept of ‘innocent until proven guilty’. Others state that this will be a “blow to governance and accountability in a country plagued by corruption” (Harris 2019). This ruling was affirmed without the affect or intention to free Lula, but Lula will be able to benefit from this for some time. His release from prison has stimulated leftists to vocalize their support for their party, which has had a hard time without its leader.

Since being released from prison, many critics and supporters have made their voices heard. Lula insisted that he would prove his innocence and accused the judicial system of “working to criminalize the left”. Bolsonaro has responded saying that Lula is “momentarily free, but guilty” (BBC World 2019). Bolsonaro references that Lula could still face jail time in the future for the accusations, as he could still lose his appeal cases. It's likely that Lula’s release from prison will prompt similar hyperpolarization that Brazil saw during the 2016 impeachment of Dilma Rousseff and the election of Jair Bolsonaro. However, since being released the Lula Livre, or Free Lula, movement has been emboldened, celebrating their leaders release. The Lula Livre movement views Lula as a symbol of democracy, representing the views of many lower social classes and the working class in Brazil. It has been speculated on whether his time in prison has radicalized Lula even further, calling into question whether this could perpetuate the hyperpolarization of politics that Brazil already faces. In the meantime, it is likely that Lula will continue to push back against Bolsonaro’s current administration and reignite the leftist movement of Brazil, but whether or not he will serve time in prison will be up to the court.