Recall Referendums in Peru: a Political Weapon for Bad Losers 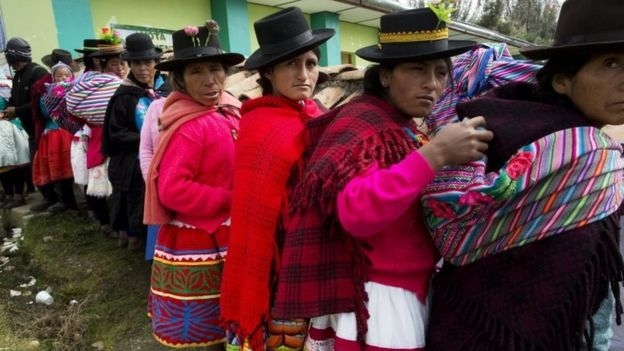 The direct recall referendum – a bottom-up mechanism of direct democracy (MDD) activated by signature collection among citizens and designed to remove an elected authority from office – has become one of the most intensively used mechanisms of citizen participation in South America, particularly in the Andean countries. To give some examples, between 1997 and 2013, more than 5,000 recall referendums were activated against democratically elected authorities from 747 Peruvian municipalities (45.5 percent of all municipalities). Between 2008 and 2010 more than 700 recall attempts were registered in Ecuador of which more than 100 resulted in a referendum. Hundreds of attempts have been registered in Bolivia since 2012 and Colombia have seen a number of recall attempts since its legal introduction in 1991 (see Table 1). The mechanism is also provided in Cuba, fourteen Argentinian provinces and eight Mexican states[1].

In a study recently published by Democratization (see Welp 2016) I deal with the question of what explains the exceptionally high activation rate of recall procedures in Peru by comparing the case with the other Andean countries.

The Andean countries offer an ideal scenario to analyze the working of recall given that they share similarities related to both the political context and the legal availability of the device, but display considerable differences regarding their use (see Table 1). All of them have experienced political transformation through the development of new constitutions that emanated from the power embodied in a constituent assembly. This is the scenario in which an institution only known in a limited number of countries became relevant in South America.

In the Andean countries, recall was introduced in an environment of political decentralization, and the disenchantment of citizens with representative democracy. However, a common element among the five countries is that these instruments have all been introduced in a top-down process, through national governments that amended existing constitutions or induced the adoption of new constitutions. Both leftist governments (Venezuela, Ecuador, and Bolivia), as well as neoliberal governments (Peru and Colombia), have promoted the introduction of these institutions. While the introduction of recall referendums was far reaching in the first group where it can be activated against all elected authorities, the latter group restricted its use to the subnational level.

Three hypothesis are explored to provide an answer to the main question.

H1: since recall is designed to remove elected representatives before the end of their regular term, its activation is expected to be more frequent in contexts of political distrust in a government's performance. This would lead to finding that the Peruvian exception is explained by exceptional levels of dissatisfaction with democracy. However, the Andean countries display comparable levels (or lack) of satisfaction with democracy, similar perceptions of corruption, performance evaluation, etc. (See Welp 2016: 1165-1167)

H2: discarded H1, the second set of explanations refers to the rules to initiate a recall referendum and to remove a representative.  It is expected that the number of recall attempts should be higher the easier it is to activate a recall referendum, while it is expected that the number of attempts should increase with a higher probability of success in removing the respective authority. However, again, the picture here is not clear. While the high number of signatures required to activate a recall in Colombia (40 per cent) combined with the high level of abstention seems to play a role in explaining the relatively low number of activations, the number of signatures required in Peru can not be considered low when compared with the other cases. Also, the unlimited time to collect signatures in Peru helps but only in big units (see Vázques Oruna 2014, Tuesta Soldevilla 2014). In Peru, the recall was defined as a political right and accordingly, dissatisfaction was enough to initiate a process during the period under study[2]. A different model comes from Ecuador, where the highest number of activations happened (2008 to 2010) when the requisites were similar to the ones in Peru. Later on, an amendment affected dramatically the number of activations, suggesting that when electoral bodies evaluate reasons for activation, they could prevent referendums (see Castellanos 2014).

Regarding the probability of success, three factors are of importance: the quorum that is required, the type of majority and the regulations that apply if a recall is successful. However, the threshold to validate a recall referendum only plays a role in Colombia, where none of the  33 votes was validated because of the low turnout. The main factor here seems to be what happens if the authority is dismissed: new elections are called in Bolivia and Colombia, while in Peru, if more than a third of the government (executive and/or regidores, i.e. municipal councillors) is removed, a new election is called, but only to replace the removed authorities. In Venezuela it depends on the time period, while in Ecuador substitutes replace the removed authority, leading to a non-elected interim government. Again, these results are not enough to explain the Peruvian exceptionality.

H3. As a third hypothesis is postulated that the variation in the activation of recall referendums can be explained by a combination of the institutional design of recall and the degree of party system institutionalisation. This combination creates unexpected incentives for political losers and their parties to gain power beyond regular elections activating recall referendums.

In party systems with high volatility, party labels are no more than weak programmatic indicators. When parties that are electorally significant in one election may be crushed in the next, they have more incentives for anti-system behaviour. The literature shows that “the Peruvian party system decomposed to a degree that surpassed even the most notorious party systems in Latin America” (Levitsky and Cameron 2003) and “parties are little more than electoral vehicles. They lack any real presence in society” (Crabtree 2010: 379).

In such contexts of low party system institutionalisation, actors have strong incentives to activate recall referendums and call for new elections. This problem is most severe on the local level. Data shows that in Peru more than 90 per cent of recall referendums held between 1997 and 2012 took place in communities with an electorate of fewer than 5,000 (according to the Jurado Nacional de Elecciones (JNE), of the 1,015 districts in which a recall referendum took place, 91.7 per cent had less than 5'000 registered voters).

Of course, the weak party system institutionalization is not enough to explain the success of a mechanism which requires citizen's participation. The breeding ground is provided by the deep structural problems, like poverty and insufficient water and energy supplies which characterize these municipalities, despite the considerable increase of municipal resources and competences in the last years. Public funding has gradually increased, though many basic needs remain unsatisfied. Fiscal transfers from the central government to regional governments experienced a 29 per cent increase and transfers to municipalities increased by 54 per cent between 2007 and 2010. Revenue generated from taxes on mining and extractive industry profits significantly increased in the regional communities where extraction occurs (Bland and Chirinos 2014: 83). However, the lack of coordination in multilevel party systems (see Freidenberg and Suárez Cao 2014) raises a crucial dilemma for national policy making. Local governments are closest to citizens and concentrate many of the demands and expectations of the population but when they have financial or human resources to respond to these demands and expectations they are also strongly rejected.

In conclusion, the call for new elections through recall procedures became an incentive in cases where a politician's behaviour prioritises personal interest over general welfare or institutional stability, encouraged by unstable patterns of political party competition. In 2012 the JNE showed that 22 per cent of the promoters of recalls were candidates who had lost in the directly preceding election. It is expected that by including loosing candidates from previous elections and their associates (people acting in their names)  this figure would grow much more. The main consequence of the extensive use of recall referendums on the local level is a state of permanent campaigning which may lead to the erosion of governability as well as democratic legitimacy.

Welp, Yanina (2016) “Recall referendums in Peruvian municipalities: a political weapon for bad losers or an instrument of accountability?”, Democratization 23 (7): 1162-1179. 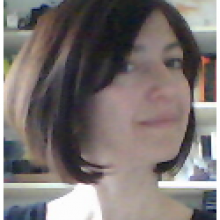