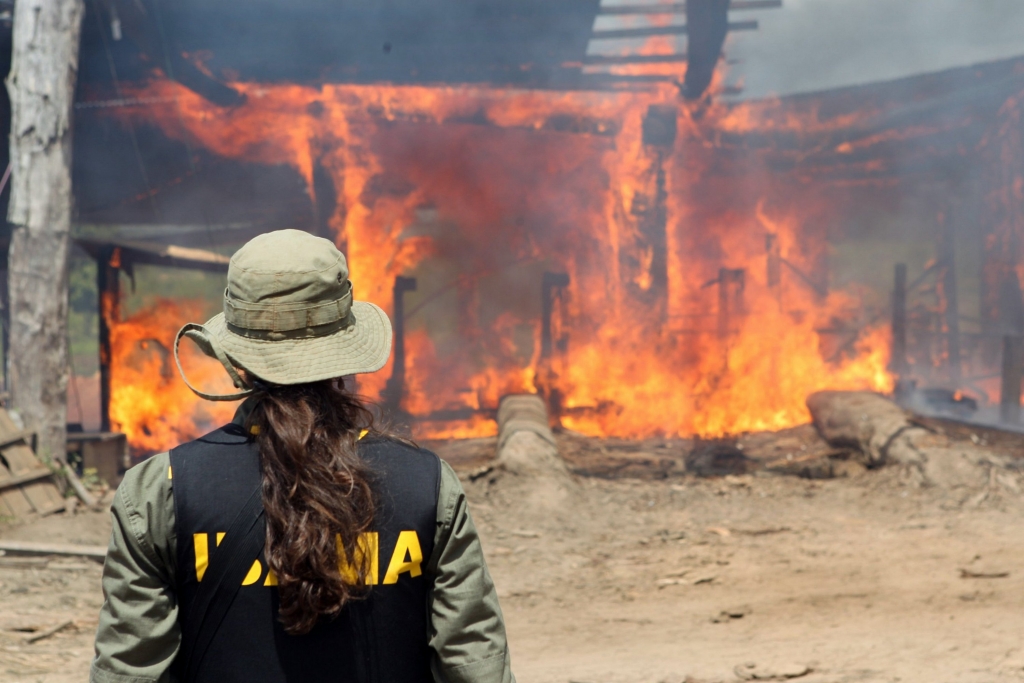 After taking office on January 1, newly-elected President of Brazil Jair Bolsonaro is facing his first major security crisis as gangs in the northeastern state of Ceará continue to launch a series of terrorist attacks in protest of the penitentiary secretary’s recent avowal to crack down on gang factions within prisons. After he was appointed on January 2, Ceará’s Secretary of the Penitentiary Administration Luis Mauro Albuquerque made the declaration that he would no longer recognize criminal factions in prisons and would end the current practice of separating prisoners by gang allegiances. He also claimed that prisons would begin to conduct more thorough searches of inmates and serve stricter punishments for illegal cell phone use. This controversial announcement is in line with President Bolsonaro’s own commitment to cracking down on crime and delinquency in Brazil.

Since Albuquerque made this announcement in early January, gang leaders, afraid of losing the power and status that they gain from controlling parts of prisons, have fought back viciously in an attempt to threaten the state until it concedes the policy plan. These efforts have included the bombing and arson of buses, bridges, shopping centers, banks, and other infrastructure. The majority of this destruction has taken place in the capital city of Fortaleza, although there have been attacks in other cities throughout the state as well. In the month of January, there were at least 278 attacks in 55 different cities (The Washington Post).

As a result of the terrorist attacks, regular activity in the city of Fortaleza has effectively been paralyzed, with residents afraid to go outside. As the attacks began, the gangs released a statement listing their demands and threatening that such incidents would continue until Albuquerque rescinds his plan or resigns from his position. Although these gangs, which include the Primeiro Comando da Capital and Comando Vermelho, are generally considered rivals, it appears that they have actually chosen to put their differences aside in order to fight their common enemy: the Brazilian state. Primeiro Comando and Comando Vermelho are two of the most powerful gangs in Brazil, with significant influence in the country’s largest cities of Rio de Janeiro and São Paolo.

This is not the first time that gangs in Brazil have joined forces and launched a violent campaign in order to influence state politics. The practice is known as ‘violent lobbying’, and actually tends to be a rather successful method of affecting policy change. Like in this case in Ceará, the ‘lobbying’ is often extremely organized, with actors establishing a set list of goals and unleashing attacks on buildings and other infrastructure until state leaders agree to negotiate. Similar cases of ‘violent lobbying’ have been reported across Brazil since the early 2000s, and in other countries such as El Salvador (Insight Crime).

In spite of the considerable violence associated with these recent attacks, however, only a handful of people have been injured and nobody has been killed. This is because, in an attempt to maintain loyalty among members of the community, the groups conducting these attacks take certain precautions to minimize casualties. Before setting fire to buses they always make sure to remove passengers, and when they plan an attack they will send out notices instructing locals to stay inside or to avoid parts of the city (The Washington Post). However, even though these attacks have not seriously threatened civilian lives, Bolsonaro’s federal government sent hundreds of troops to the city of Fortaleza in early January in response to the reported violence (Reuters). By the end of January, nearly 200 people had been arrested, and prisons in the state had been directed to limit telephone communication from inmates (El Comercio).

Prison gangs in Brazil are among the most powerful in the world, at times garnering enough power to usurp that of the state itself. Wherever these groups operate, they typically establish their political influence by infiltrating government bodies and security forces to ensure that they can conduct criminal activities with little interference from the police. Many of these gangs, including Primeiro Comando and Comando Vermelho, were actually founded in prisons, and continue to conduct much of their business from within prison walls. For this reason, it is crucial that gang leaders are able to establish their influence of certain parts of the prisons. For Brazilian gangs, prisons are often considered the central hub of activity, and are where much of the recruitment and administration takes place.

It is for this reason that Albuquerque seeks to put an end to the segregation of prisons by gang faction, which would theoretically hinder criminal activities and end the system that enables these gangs to continue to grow and operate from within prison walls. And, this plan has clearly aggravated cartel leaders who are willing to do anything to prevent a loss of power. However, it is not only gang members who oppose this plan; people throughout the state are concerned that such a change to the prison system could result in significant bloodshed.

The practice of separating inmates by gang membership began in 2017 after Brazil’s prisons saw a wave of heightened violence between inmates of rival gangs which resulted in hundreds of gruesome deaths. Therefore, it became the norm to segregate inmates by gang allegiance to protect inmates and to prevent further violent clashes. These prisons tend to be grossly overcrowded and understaffed, making it so that gang membership offers better protection to inmates than the limited number of security guards. Since prison gangs offer such protection, along with the opportunity to gain status and money, it is often said that prisoners have little choice other than to join a gang while incarcerated.

For this reason, Albuquerque’s recent announcement has received significant opposition from those who speculate that forcing gangs to interact within prisons would only lead to further violence. Among these critics are many prison security officials who will likely continue the practice of gang separation regardless of government direction.

If the government ultimately decides to continue the practice of gang segregation in prisons, however, it does face the obvious tradeoff that this encourages gang membership and allows gangs to maintain their influence within prison walls. In order to combat this trend, a militant approach such those offered by Bolsonaro, or a risky and controversial approach like that of Albuquerque, may not be the ideal strategy. Instead, many would argue that leaders in Brazil should manage the issue of prison gangs by addressing the root problems that foster their formation.

As in most urban states in Brazil, the root of the gang problem in Ceará can be found in the flaws of its prison system in general. The formation of gangs in Brazil is facilitated by extreme overcrowding, insufficient security staffing, and deplorable living conditions. These concerns can be further sourced back to the root problems of insufficient funding and overly harsh prison sentences for minor and non-violent crimes that can be traced back to the War on Drugs. Because so many people are arrested for relatively minor charges, and because there are not enough public defenders to meet the state’s demand, prisons are stuffed far past capacity, causing a shortage of basic resources such as food, water, beds, or medicine to sustain all inmates.

Overall, Brazil has the third highest incarcerated population in the world at over 700,000, behind only the United States and China. However, the country’s prison capacity is only around half of the number of inmates. These statistics are reflected in the case of Ceará: prisons in Ceará are extremely overpopulated, and the state holds the record for having the most prisoners who have not even been formally convicted of a crime (The Guardian). Ceará has also become increasingly violent over the years, and gang influence in the region has augmented as a result of the state’s prime location for transporting drugs to Europe.

It is unclear at this time how the situation in Ceará will conclude—either the state will continue to push its desegregation policy, likely causing extreme levels of violence in prisons, or state officials will be ultimately forced to concede to the gangs’ demands and negotiate an agreement. However, it seems quite unlikely that Albuquerque’s proposed changes will come close to addressing the problem of prison gangs. Instead, it would be wiser for politicians to negotiate a way to reform sentencing laws and improve the quality of life in prisons so that inmates are not forced to join a gang as the only option.