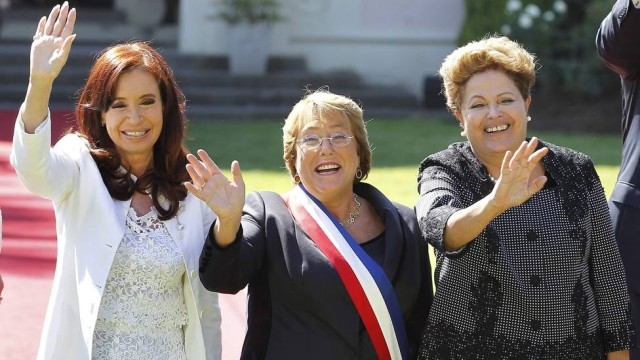 As President Donald Trump has assembled what seems to be one of the most male-dominated cabinets in recent U.S. history, many are wondering what a female president might have done in his place. It is worth looking at Latin America—which has elected female presidents more times than any other region of the world—for lessons on how and why female presidents use their power differently from their male counterparts. In Latin America, presidents have virtually no formal restrictions on who they can nominate (i.e. no legislative body approves the presidents’ ministerial picks).

Turning to elite networks, I also pointed out that presidents seek specific personal qualities in their ministers. Presidents tend to seek ministerial candidates who are like-minded and loyal. They look for like-minded ministers because they need someone who generally agrees with their policy ideas, or is at least like-minded enough to productively disagree and produce a better solution. Presidents also need loyal ministers who will faithfully execute their legislative agenda and are unlikely to threaten their hold on power.

Why would female presidents be more likely than male presidents to perceive women as more like-minded and loyal? The homophily principle and scholarship on gendered political networks helps explain this. Gender homophily is the phenomenon where women tend to associate more with women and men tend to associate more with men, ceteris paribus. Studies on gendered political networks suggest that male-dominance tends to feed on itself, making it difficult for women to penetrate male networks. On the flip side, because elite female politicians are more likely than their male counterparts to network with women, female presidents are more likely to perceive elite female politicians as like-minded and loyal.

But there are informal limitations to female presidents’ power to select ministers. While male presidents often historically have named all-male cabinets, female presidents are highly unlikely to completely exclude men. This is in part because female presidents face an informal constraint in assembling their cabinets. One of the most important constraints on their ability to name female ministers is the supply of female ministerial candidates. One major determinant of the supply is “political capital resources,” which can refer to relationships with party elites and with industries or social groups related to a particular ministry (i.e. women’s groups for Women’s Ministries).

Because women are less likely than men to possess “political capital resources,” the female pool ministerial candidates is generally much more shallow than the male pool. So I also argue that female presidents are more likely to “make a difference” in terms of women’s presence in cabinets when the pool of female ministerial candidates is deepest. Right after their inauguration, the pool for both male and female candidates is deeper than later on in the presidential term. As presidents later fire and hire ministers, the pool of qualified candidates will continue to shrink. I predicted that female presidents’ decision-making in naming women to cabinet is most likely to statistically differ from male presidents’ decision-making at the beginning rather than at the end of their terms.

I tested this argument first by exploring Chilean President Michelle Bachelet’s decision-making for her 2006 inaugural cabinet. I found evidence that both constituency pressures (i.e. her gender parity promise) and elite networks (her numerous relationships with female politicians) influenced Bachelet’s decision to name women to 50% of her cabinet. I then explored whether the argument held water when looking at all of Latin America. I created original dataset of 1,908 ministers of all democratically elected Latin American presidents since 1999. Hierarchical model results are consistent with the theory that presidentas are most likely to “make a difference” when they are least constrained by the supply of female ministerial candidates.

To summarize, I argue that female presidents overall are more likely than their male counterparts to name women to the cabinets. However, due to supply constraints, female presidents’ impact will likely be strongest for their inaugural cabinets and for “feminine” ministries. The U.S. may elect a female president someday, but in the meantime, it is best to look to Latin America, a region where many female and male presidents have named cabinets, for insights on the impact of female presidents. 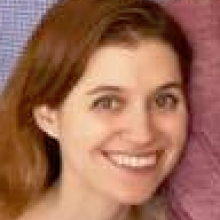 Catherine Reyes-Housholder
Catherine Reyes-Housholder is a PhD Candidate in the Department of Government at Cornell University. She researches representation, the presidency and gender, with a regional focus on Latin America. In addition to her work in Latin American Politics and Society, she has a forthcoming experimental study on symbolic representation and female chief executives in Politics, Groups and Identities. She has also written book chapters on presidents’ use of legislative power to advance pro-women change, the impact of Latin America’s presidentas on women’s engagement and participation and executive institutions and gender in post-transition countries. Her work has been cited by The Washington Post and The New York Times. Check out her web site at www.reyes-housholder.com.