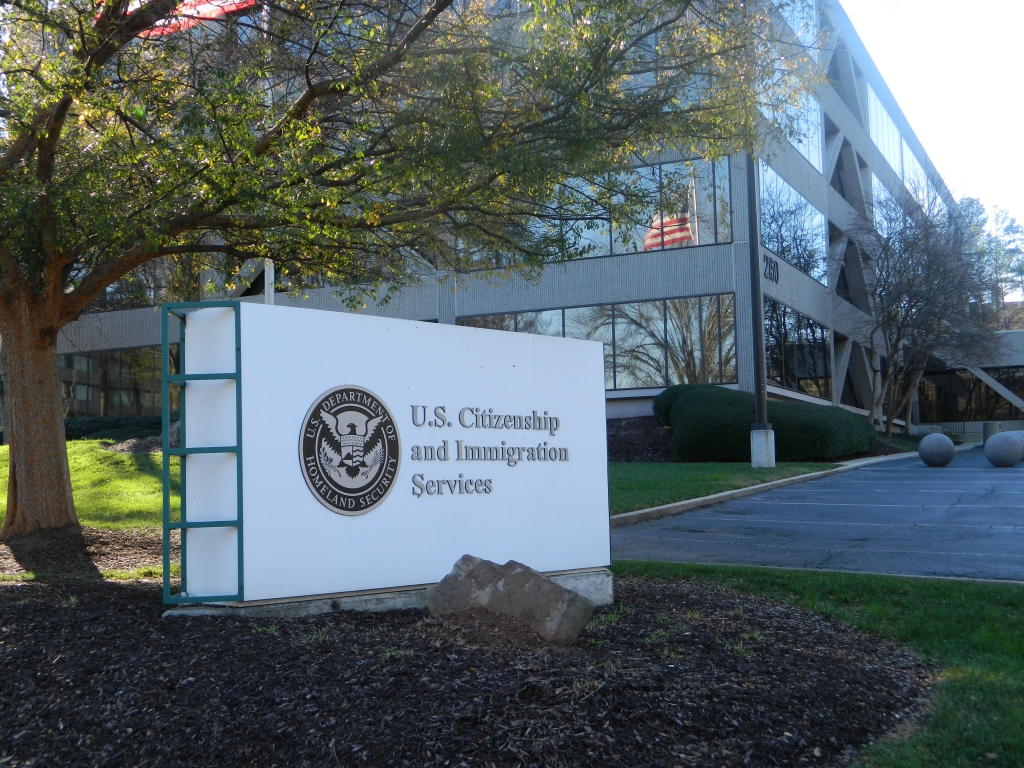 On February 28th, 2020, spirits were raised when a United States Federal Court ruled that the Migrant Protection Protocol, a trump immigration policy, was legally invalid. However, the rise in hope was short-lived due to the court suspending its own ruling by the end of the day, leaving the policy to stand. The contradictions in resulting news reports created confusion and despair among immigrants along the U.S.-Mexico border who seek a new life in the United States. However, more than just impacting immigrants, the rapid change in decision reflects a greater struggle within judicial institutions in the U.S. that are trying to put an end to Trump's immigration policies.

The Migrant Protection Protocol (MPP) was implemented in January of 2019 as a response to the sizable amount of immigration from Central America to the United States in the past decade. According to the Department of Homeland and Security (DHS) , the policy is, “a U.S. Government action whereby certain foreign individuals entering or seeking admission to the U.S. from Mexico – illegally or without proper documentation – may be returned to Mexico and wait outside of the U.S. for the duration of their immigration proceedings, where Mexico will provide them with all appropriate humanitarian protections for the duration of their stay” (DHS 2019). The MPP has been nicknamed the Remain in Mexico policy because its primary purpose is to prevent Central Americans from immigrating to the United States by deporting them to Mexico while they await their trial in the U.S., which can take months or even years. Though the DHS claims that the policy only impacts those immigrating “illegally or without proper documentation”, other sources, including BBC World, state that this policy affects those seeking asylum in the U.S. Immigrants seeking asylum in another country are often very vulnerable to persecution in their home country.

The MPP policy reflects Donald Trump’s key objective to suppress the amount of immigration along the U.S.-Mexico border. Shortly after the Migrant Protection Protocol was implemented, a new policy, The Third Country Asylum Rule, followed. This policy goes a step further and prohibits immigrants from applying for asylum in the United States if they have not applied for asylum in Mexico or another country that they have passed through (BBC World). The policy especially targets immigrants from Central America, including El Salvador, Honduras, and Guatemala who generally travel through Mexico before entering the United States. The combination of these two policies have caused many Central American immigrants seeking refuge in the United States to be turned away and forced to wait in Mexico, where they have faced new difficulties.

The Migrant Protection Protocol has received a negative reputation due to its negative social effects. It has caused many immigrants to be forced to return to Mexico, particularly Tijuana, El Paso, and Ciudad Juárez, and remain there until their court hearing in the United States. The displacement of these people to Mexico, a nonnative place for many of these immigrants, has made them vulnerable to dangerous activity and has left them without the social and familial connections every human needs and deserves. Since the policy was first put in place, more than 57,000 asylum seekers have been turned away from the United States and forced to relocate in Mexico until their court date (Rivlin-Nadler 2020). The immense amount of people seeking refuge in the United States that have been turned away is representative of the lack of empathy the current government administration is showing immigrants. Not only are these immigrants being turned away by the hundreds, but they are also facing risks while staying in Mexico. These immigrants have faced attacks, kidnappings, and violence in Mexico while awaiting trial. They also suffer from high rates of homelessness due to overcrowding at migrant shelters. In November, the Human Rights First organization had already reported “400 publicly reported cases of kidnappings, torture, and assaults against asylum seekers and migrants under the MPP program” (Human Rights First 2019). International organizations have called out this policy for putting  these immigrants in even more danger and denying them their right to due process.

Another direct issue with the Migrant Protection Protocol policy, is that it not only displaces these people and exposes them to dangerous environments, but it does this for an undisclosed extended amount of time. The abundance of people that have been relocated awaiting trial has put an immense amount of pressure on the U.S. judicial system, which does not have the resources to review these cases in a timely manner. While organizations have exhausted themselves trying to offer assistance to these migrants, providing counsel to the thousands waiting trial has proved difficult. According to KPBS, a lawyer with the organization Al Otro Lado told them, “The idea that an asylum-seeker in MPP could get or afford an attorney is simply laughable." (Rivlin-Nadler 2020). Tijuana has attracted a large number of asylum seekers due to its close proximity to San Diego, where many court hearings are held. However, the resources and services in this region are still extremely scarce. “Less than 3% of those in court in San Diego have been able to find a lawyer, as legal service providers are stretched thin and private lawyers are fearful of traveling to see their clients in Mexico” (Rivlin-Nadler 2020). In addition, the Human Rights First organization reported that only 1.3% of MPP returnees had lawyers at the end of June (Human Rights First 2019). The access to counsel or legal representation for these immigrants is deficient, and the U.S. government hasn't made any action to address the support the judicial system is in dire need of. There is an extreme backlog of asylum claims, according to the Washington Office on Latin America, “more than 1 million claims just over 400 judges” (Isacson 2019).

The copious amount of asylum seekers that are relocated to Mexico have also placed an overwhelming amount of pressure on Mexico to provide for the basic needs of these people. According to KPBS, Mexico was covertly forced to accept the austere MPP policy due to U.S. economic pressure. “Andrés Manuel López Obrador, Mexico's president, allowed Remain-in-Mexico to expand and began a crackdown on immigration along Mexico's border after the Trump administration threatened the country with crippling tariffs” (Rivlin-Nadler 2020). This included a five percent tariff on imports from Mexico (Selee 2019). AMLO’s actions have reflected a larger pattern in which Mexican presidents have had a hard time forming their own immigration policies due to the demands and pressure of the United States. This has resulted in the current escalation in force by Mexico’s border security and National Guard who have been reported to use tear gas against migrants near the border (Agren 2020). The National Guard was created by AMLO as a response to fight the violence in Mexico, but instead is currently being used to guard the border. The substantial amount of immigrants has also put a strain on Mexico’s infrastructure. Shelters are unable to house all of the migrants that are turned away at the border, and are beginning to limit how long the migrants can stay to less than one month (Isacson 2020). This puts a lot of stress on migrants to find another place to live or stay on the streets. While many organizations and people are extending a hand to help these migrants, the lack of governmental support from the U.S. and Mexico is denying these people their basic human rights.

When the San Francisco Ninth Circuit Court of Appeals ruled against the Migrant Protection Protocol, hope was instilled along the U.S.-Mexico border.  A wave of relief fell over immigrant communities that saw a potential future of progress for themselves. The court ruled that the policy is invalid due to its “inconsistencies with existing laws” (BBC World). In response, many migrants congregated at the border with their luggage, hoping they would be allowed to cross.The judges sitting on the Ninth Circuit Court of Appeals cited the danger these migrants face when being sent to Mexico as justification to block the MPP policy. According to the Associated Press, the judges wrote, “There is no question about ‘the extreme danger to asylum seekers who are returned to Mexico’” (Spagat 2020). They also said that the MPP violated federal immigration law by prohibiting undocumented asylum seekers from applying for protection in the U.S. (Barnes 2020). The Department of Homeland Security states that the DHS has the authority to implement the MPP due to Section 235 of the Immigration and Nationality Act (INA) that states that the U.S. has the right to “return the alien to that territory” (DHS 2020). Directly after the decision, President Trump asked the U.S. Supreme Court to weigh in. On Wednesday, March 11th, 2020, the U.S. The Supreme Court did exactly that by announcing that the policy will stay in effect while it goes through the legal judicial processes to assess its legality. These judicial proceedings will remain at the lower level courts unless the Supreme Court decides to take the case, which would prolong the process even more.

The back and forth responses by U.S. courts have caused a sense of confusion and despair for migrants at the border who are seeking a place to stay. The continued delay due to courts and legal proceedings will continue to endanger migrants who wait in Mexico for their court date. Many have referenced the U.S. Presidential election in November as their only source of hope for immigration reform. We can only hope that a potential new administration will come into power and take on a more empathetic humanitarian role at the U.S.-Mexico border.