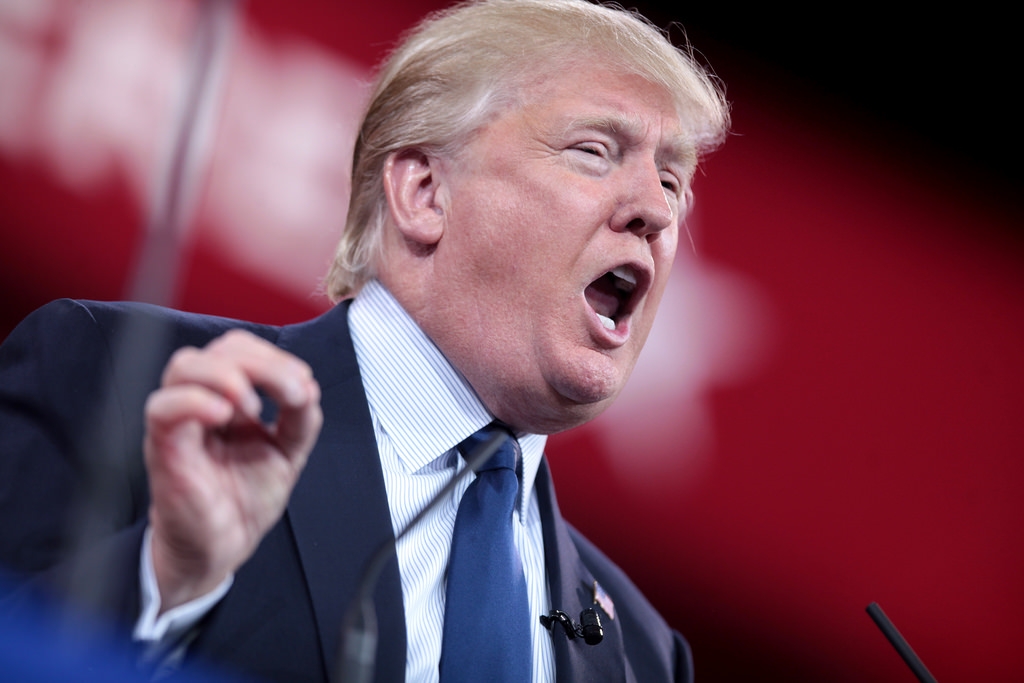 In recent weeks, immigration has once again risen to the forefront of the American political dialogue since President Donald Trump began to vocalize his objections to the latest ‘caravan’ of Honduran immigrants heading towards the U.S. in search of opportunity and political asylum. The President has been active on social media, threatening Central American countries with the withdrawal of aid unless they take action to stop the group of migrants from continuing towards the U.S.’s southern border.

This ‘caravan’ that Trump is referring to is a large group of primarily Honduran migrants fleeing to northern countries, including the United States, in search of economic opportunity and/or asylum. The group began its journey on Friday, October 12, in the Honduran city of San Pedro Sula (The New York Times), and has since made its way through Guatemala and is continuing en route to the United States. Since its formation, the group has grown significantly in size, currently estimated to be anywhere from 5,000 to 7,000 in total (El Periodico).

If this story seems oddly familiar, that’s because it is. The current caravan movement—and the Presidential backlash—closely resembles similar events from earlier this year. In April, Donald Trump released a similar string of tweets and threats in response to reports that a caravan of about 1,200 Honduran migrants was nearing the U.S. The President sent the National Guard to the southern border to deter any illegal immigration. However, as often happens, by the time the caravan reached the U.S. border it had largely disbanded, with many instead settling in Mexico or other nearby countries (NYT). Trump’s threats to Honduras went unfulfilled, and only a couple hundred of these 1,200 original migrants petitioned for asylum in the United States.

The phenomenon of huge groups of migrants traveling en masse towards the United States is not a new one, although it gained significant media attention in the past year as President Trump has associated these movements with his strong anti-immigration political ideology. ‘Caravans’, or semi-coordinated groups of migrants, actually make the trek through Central America quite often, though the frequency of the events varies depending on the state of conditions in the migrants’ home countries.

These caravans are so common in part because traveling with such a large group offers certain benefits that individual migrants or single migrant families might not experience. Bigger groups provide a degree of security against the dangers of traveling such a long distance, such as mugging, rape, or extortion (NYT). Additionally, a group as large as this one has the clear effect of garnering media attention for the poor conditions that they are fleeing, and of potentially gaining sympathy among the public for their situation.

However, as we can see, the response to this migrant movement has not solely been one of sympathy. For politicians and citizens who hold a more anti-immigration stance, these caravans provide fuel for the argument that illegal immigrants are pouring into our country and threatening our national sovereignty. President Trump has largely embodied and intensified this belief among conservative lawmakers, helping to foster the idea that immigrants—and especially Central American immigrants—pose a direct threat to the national security of the United States, and that stronger border security is the only solution.

Such opinions are clear through the President’s recent tweets, in which he has directly blamed Democrats’ ‘open border’ policies for these migration flows to the U.S., and has emphasized that the current caravan contains ‘many criminals’ (The Guardian). Such rhetoric has contributed to an atmosphere of anger and fear around the immigration debate, leading many to believe that the U.S. is in danger of being invaded by criminals. Some far-right wing sources have taken these claims to an even higher level, making false allegations that the caravan is actually fabricated, with its members being paid by democrats as a publicity stunt (American Thinker). The President retweeted a video supporting this claim.

However, while these claims may be effective in garnering support for border security legislation, they fail to show the reality behind these migratory caravan movements. Rather than dismiss the movement as an influx of criminals and illegal immigrants, some have implored further into who these people are, and the reasons why they are on the move in the first place.

According to reports directly from the migrants themselves, the vast majority are leaving their home country of Honduras due to the inhospitable conditions caused by crippling poverty, violence, and gang activity. Honduras has consistently maintained one of the highest homicide rates in the world; though this has fluctuated in recent years as a result of policy changes in the security sector, it remains a highly prevalent issue in the country (NYT). The President’s claim that the caravan has ‘many criminals’ is unbacked, with no reported criminal affiliations in the group. Instead, the majority of the migrants are simply poor families seeking livable conditions, many traveling with small children.

However, the President has continued to portray the caravan as a threat to our national security, and has demanded, either via Twitter, interviews or public rallies, that a number of measures be taken. The first repercussion that Trump initially threatened was the withdrawal of all U.S. aid from Honduras unless President Orlando Hernández takes immediate action to stop the outflow of migrants from his country; however, considering that the group has already made its way out of Honduras and through Guatemala, it is unclear how he is to take such action. The President has since extended this same threat to Guatemala and El Salvador (NYT).

Since the caravan began its journey, Trump has made credible threats to close the southern border entirely and send U.S. military forces to guard the territory (The Guardian). He has also pressured Mexico’s outgoing president Enrique Peña Nieto to stop the caravan and to take action to prevent the group from moving further north in the coming weeks (The Hill). However, the United States holds no official jurisdiction over the Mexican government, so this instruction carries little weight. Mexico has sent federal military forces to the country’s southern border as the group has begun to arrive, and leaders have warned that any members of the caravan without proper documentation (passport or visa) will face detention and/or deportation (The Guardian). Aside from this, the Mexican government has made no indication that it will take further action to hinder the group’s movement.

Perhaps the most worrisome suggestion that the president has made is the threat to reinstate the family separation policy. This policy, established earlier this year as a strategy to deter illegal immigration from Central America, has been highly controversial and was declared unconstitutional in July. However, in an interview last week President Trump alluded to the possibility of bringing the initiative back (The Atlantic) in hopes of disincentivizing families to come to the U.S.

The caravan is moving slowly, and has hundreds of miles and several weeks until it reaches the U.S. border. In that time, it is likely that the President and his allies will continue to warn of the dangers of mass migration from Central America and aggravate the already deep partisan divide around the nation’s immigration debate. There are varying predictions regarding what will happen with the group; some suggest that it will disperse throughout Mexico as they have in the past, while others warn that it will create an immigration crisis on our southern border.

Regardless of this caravan’s outcome, it is important to recognize that it is not the first and certainly not the last of its kind. The most vulnerable populations in Honduras and other Central American countries face disturbing levels of violence and poverty which place them and their families at stake, driving them to leave their homes in search of more hospitable conditions. As developing countries south of the United States border continue to suffer from the effects of gang violence and poor governance, it is important that we recognize the reasons that families are fleeing to our country and identify potential solutions—rather than misinform the public and associate these people with the criminal activities that they are trying to escape.