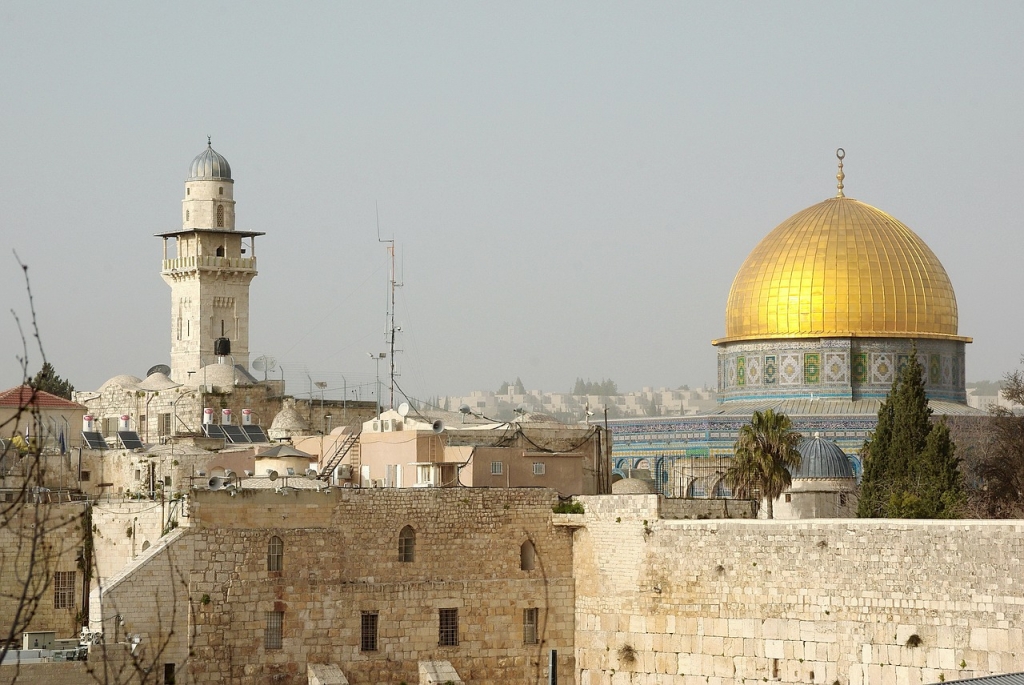 This week, Paraguay’s new president declared that he will be reversing his predecessor’s decision to open a Paraguayan embassy in Jerusalem, now moving the embassy back to Tel Aviv. This decision by Mario Abdo Benítez, who just took office less than a month ago, has seen an angry reaction from Israeli Prime Minister Benjamin Netanyahu, who immediately ordered the closing of Israel’s embassy in Asuncion and the recall of its ambassador.

This announcement comes just three months after Paraguay made the controversial decision to move its embassy to Jerusalem, indicating a formal recognition of the city as Israel’s capital. This action was met with widespread criticism from the international community and from Palestinian leaders, who claimed that such a move would only further tensions and prolong the conflict between the two nations.

Jerusalem is a focal point of the conflict between Israel and Palestine, with Israel claiming the holy city as its capital, and Palestine claiming East Jerusalem as part of its territory. For nearly 70 years, the two nations have been heavily engaged in conflict over resources, territories, and holy sites, including the holy city of Jerusalem. Palestine declared itself an independent state in 1988. However, Israel has yet to formally recognize the territory as Palestine, and much of the area remains disputed territory.

Former President Horacio Cartes made this last-minute decision in May, just months before he was scheduled to leave office after a 5-year term. This came as a shock to many, as Paraguay was only the third country to recognize Jerusalem as Israel’s capital, following the United States and Guatemala earlier in the year. Then-President Elect Abdo Benítez claims that he was never consulted before Cartes made this controversial decision (Times of Israel).

Since the beginning of the Palestine-Israeli conflict in the mid-20th century, U.S. Presidents and global leaders have generally shied away from such direct involvement in the affair, instead resigning to allow the two nations to resign the conflict on their own terms.

For this reason, leaders in Palestine harshly criticized Cartes’s decision, accusing Paraguay’s leader of violating international law and counteracting efforts to establish lasting peace in the Middle East (Al Jazeera). The opening of American, Guatemalan and Paraguayan embassies in Jerusalem generated protests outside of the inauguration ceremonies in the holy city. For the most part, these protests were shut down by Israeli military forces, resulting in thousands of injuries and dozens of casualties (BBC Mundo).

Meanwhile, Israeli leaders happily welcomed this development, with Prime Minister Netanyahu praising President Cartes and Paraguay and the friendship between the two countries. He spoke of the historically strong relationship between the two countries, noting Paraguay’s role in protecting Jewish refugees during the Holocaust (El Periodico). This alliance, however, was quickly broken this week with President Abdo Benítez’s decision, which was met with a furious reaction from Netanyahu and his allies.

On the other hand, Palestine has warmly welcomed the policy change, electing to immediately open an embassy in Paraguay’s capital as a result. Palestine’s foreign affairs minister labeled the change of heart a “new Palestinian diplomatic achievement” (Al Jazeera), hailing Abdo for his decision to respect international law.

Since the U.S. and Guatemala recognized Jerusalem as Israel’s capital earlier this year, several other countries have expressed interest in taking a side in the conflict, including Honduras, Romania and the Czech Republic. According to a statement from Prime Minister Netanyahu, there are “at least a half dozen” countries seriously discussing following the example of the United States (BBC Mundo).

However, though it appears that Israel is gaining more international support, Paraguay has proven an unlikely leader in the opposition for this movement. While leaders in the majority of the world’s most powerful countries have spoken out against the decision to side with Israel, Paraguay’s Abdo Benítez has uniquely reversed a policy to express this commitment to staying neutral in the conflict. This decision has gained Paraguay notable attention and support from Palestine’s allies, and from those committed to a two-state solution.

Recent months have proven to be a particularly tumultuous time for the two conflicting nations, with foreign leaders under increasing pressure to take sides. Though Paraguay is not often considered a major leader of international policy, it is clear that bold moves by its leaders is enough to cause a shake-up in the Middle East, leading many other world powers to question their role in the conflict, and the possibility of a peaceful resolution.