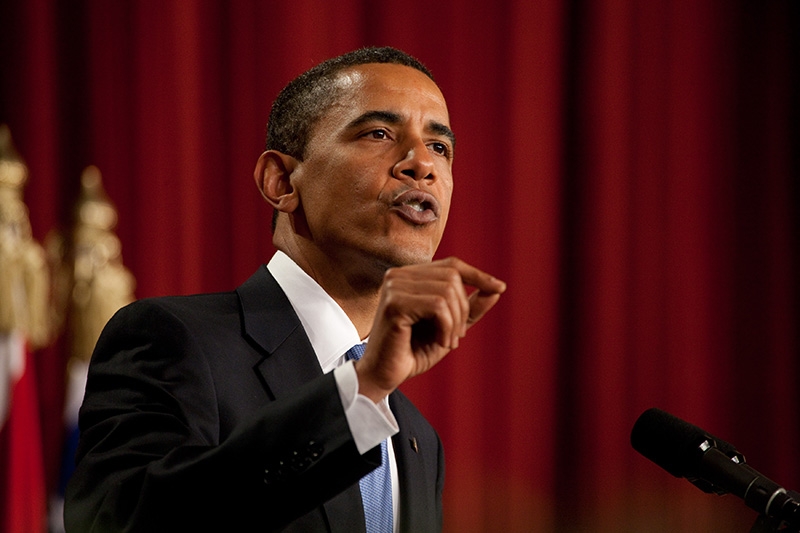 As the one year anniversary of the Democrat-dominated Senate passing a comprehensive immigration bill commenced this week, President Obama announced his willingness to pursue unilateral action toward addressing the steadily rising influx of Central American children crossing the southern border sans guardians.1 He has declared the issue a “humanitarian crisis.” Nearly 52,000 unaccompanied minors, most of them girls under the age of 13, have crossed the Rio Grande since October, a number over double the usual annual statistic.2 The law that currently stands requires that the Department of Homeland Security acts in the “best interests of the child.” Most often an officer drops the child at the local bus station and sends them to their closest relative in the US, which is the outcome for over 80% of these young refugees.1 The Trafficking Victims Protection Reauthorization Act of 2008 signed into law by President George W. Bush permits these unaccompanied children “temporary” permission to stay as long as they remain in school or serve in the military while they await trial. The legal process usually takes years and after such time, they are usually granted permanent residency under refuge.3 These Central American children are treated differently than their Mexican counterparts, who are returned almost immediately to our southern neighbor.2

The President has proposed a policy that equalizes the treatment of these minors regardless of country of origin, which he has publicized he will act on without Congress, if necessary. Obama, with granted additional powers, would enable “fast track deportation,” lessening the load of the Department of Homeland Security and the burden of the Department for Health and Human Services.4 He would augment the resources of these two departments with a proposed grant of $2 billion, supplying South Texas with more border agents, emergency shelters and immigration judges.5 Obama has also spoken of a goal to increase the penalties for “coyotes,” or people smugglers, who target children promising them a successful arrival across the river. The plan includes devoting $250 million of the large sum to an “aggressive deterrence strategy” with initiatives to reintegrate the children and tackle gang violence that threatens these children and their families in their home countries.2

These children are coming from all over Central America, though primarily from Guatemala, El Salvador and Honduras, where civic violence is overwhelmingly threatening, specifically drug-related violence. Honduras has the highest murder rate in the world, a recorded 75.6 per 100,000 people in 2013.1 Other countries of concern are Mexico, Panama, Nicaragua, Belize and Costa Rica. Marielena Hincapie, executive director of the National Immigration Law Center says that such an influx of children screams that parents feel they have no option but to send their children away alone, on a perilous 1,000-mile journey. She claims an across-the-board humanitarian response is necessary, not just rapid deportations.6

As if the issue of immigration isn’t touchy enough, throwing abandoned children into the mix makes it even more taboo. Obama’s proposed plan has been criticized by many that it denies these children due process and could violate of some international refugee laws because over 60% of interviewed children claim “forced displacement” from their home countries due to suffered harms that require international protection.4 Although Obama has demanded that discretion be exercised because the illegal immigrants in question are vulnerable, young children, he appears to favor rejection over protection.2  He wants to send Central America a harsh message to disprove the assumption that the United States is a safe haven for endangered children. He wants to discourage the dangerous venture that these children are taking, reminding their parents the US Department of Homeland Security is not responsible for Central America’s youth.2 In addition, Obama includes a nod to the humanitarian side of the issue, mentioning the installation of programs that will help these parents who feel they have no choice but to send their children away by enabling these distressed countries to better handle their refugees.4

Many are concerned about the lives of these children and denounce the proposal’s harshness and indifference. The US Conference of Catholic Bishops has gone so far as to equate the plan to “locking a child in a burning building.”5 Bringing children into the immigration discussion will lead to a heart-wrenching vote that could prove detrimental to legislators who represent largely immigrant constituencies.3 Unfortunately, the timing of this child immigration crisis could not come at a worse time for the US immigration debate. John Boehner has reported that the House will not vote on an immigration bill yet again this year, leaving Obama with few options.6 Although Republicans have recently been criticizing Obama’s unilateral efforts, including a statement by Boehner that he intends to sue the President, Obama needs to act on this developing crisis.  According to Congressional reports of anticipated rejection of his efforts, the President must find a way to circumvent the legislative branch. The proposed plan should please some Republicans who want stricter immigration policy, so Obama hopes that could motivate some to act and finally vote on a comprehensive bill.7 However, many conservative leaders are unwilling to spend such a large sum of tax dollars on the initiative and deepen the national debt.3 Secretary of State John Kerry will meet with representatives from El Salvador, Honduras, Guatemala and Mexico in the days to come in an effort to form a plan of action.2 Even if a joint agreement is made, Obama must still decide if he should go to bat with Congress to fulfill it or go about repatriating over 50,000 children and addressing Central America’s refugee problem on his own.