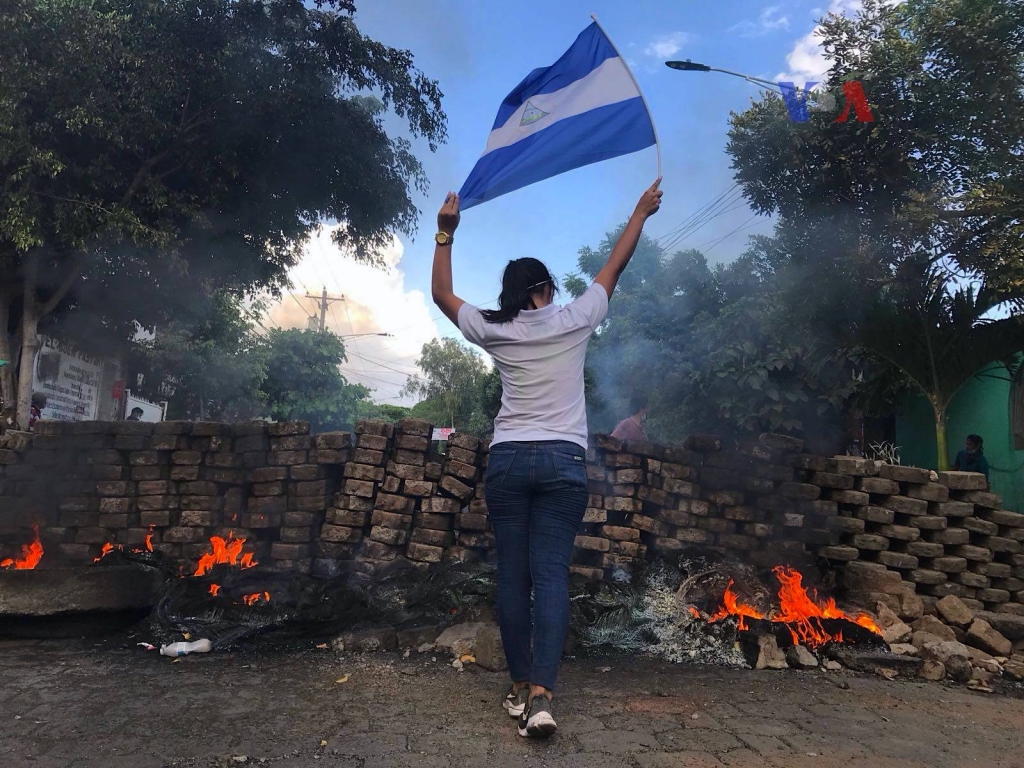 Yesterday, May 16th, protesters shouted chants of “Asesino” or “Killer” to Nicaraguan President Daniel Ortega and his wife, Vice President Rosario Murillo as they entered the seminary in the capital of Managua for the start of peace talks. These talks come after more than a month of protests that have left over 60 dead, hundreds wounded, and a President facing massive calls to step down.

Small protests and demonstrations first began with what many saw as the government’s lack of response to a massive fire that ravaged over 5,000 hectares in Nicaragua’s largest rainforest reserve, Indio Maiz. The protests grew to a national level after President Ortega announced on April 16th that there would be reforms to the Instituto Nicaragüense de Seguridad Social (INSS), the country’s social security, which would raise costs for workers and cut pensions for retirees (The Guardian). Protests, initially led by students from the capital of Managua, were met by violence from police and pro-government groups and prompted forced shutdowns of major news organizations. In the following days and weeks, hundreds of thousands gathered to peacefully march against the violence and INSS reforms. President Ortega has since revoked the reforms and called for the dialogue, but the continuing violence and rising number of dead have become an impetus for demands that President Ortega and Vice President Murillo step down.

INSS Overhaul and the NICA Act

On October 17th, 2017, the U.S. House of Representatives unanimously voted to pass the Nicaraguan Investment Conditionality Act (NICA Act) of 2017, which would require the U.S. government to veto loans to Nicaragua from international financial institutions, essentially cutting large portions of foreign assistance that the country relies upon to pay for social programs, like INSS (telesur). With the NICA Act already putting a chill on local spending, private investment, and foreign direct investment into the Nicaraguan economy, many critics fear a humanitarian crisis is on the horizon and that a new wave of immigrants is now poised to the U.S. from a country that has seen relatively low levels of outward immigration compared to its northern neighbors. (Telesur)

Oretga, whose anti-imperialist rhetoric and U.N. voting patterns align him with other left-leaning Latin American governments, has sought support from Venezuela in the past. The NICA Act is widely viewed by critics as an attempt to undermine the Venezuelan ally. From 2008 to 2015, Nicaragua purchased $314.5 billion in Venezuelan oil at discount prices. The money was funneled back as loans to Nicaraguan banks owned by government affiliates, and subsequently spent on social projects. With the collapse of the Venezuelan economy, exports fell and cuts to Nicaraguan social spending were evident through the doubling of electricity utility costs, decreased zinc roofs distributed, and the overhaul of the INSS (The Economist). The House passage of the NICA Act has most likely contributed to the social spending cuts that have spurred the month of deadly protests.

The current protests pose the largest political threat to Ortega since he took office for a second time in 2007. His term has been defined by consolidating power in the Supreme Court and electoral authority, abolished presidential term limits, and helping his wife, Rosario Murillo, win the vice presidency, a move that is reminiscent of the Somoza family dynasty. This is Ortega’s second time serving as president of Nicaragua. His first term was served just after the Sandinista Revolution, and as a Marxist revolutionary, his government led health and literacy campaigns, and well as agrarian reforms. Since 2007 though, Ortega has sought the support of the Catholic Church by passing some of the strictest abortion laws in the world and catered to big business by implementing macroeconomic policies that allow for predictable economic conditions for large companies in exchange for their subscription to a politically neutral stance the the country (The Economist).

Now, both Catholic Church and Consejo Superior de la Empresa Privada (COSEP), the major business association, have separated themselves from Ortega, with many priests, bishops and business leaders calling for end to the lethal repression by police and pro-government groups.

The peace talks, brokered by the Catholic Church, took place yesterday, May 16th 2018 at 10am. Although many in the opposition call for his removal from office, in an editorial by La Prensa, the opposition newspaper, critics of the president were called upon to give the peace talks a chance and to demand “an immediate suspension of government repression and a commitment that no more students would be killed” (La Prensa). During the talks a university student leader, Lester Aleman, demanded a cease to the violence: “You can sleep easily. Not us. We are being persecuted”. He then continued, “We’re not here to hold a dialogue. We are here to negotiate your departure”.