The Legacy of Fidel and the Future of Cuba 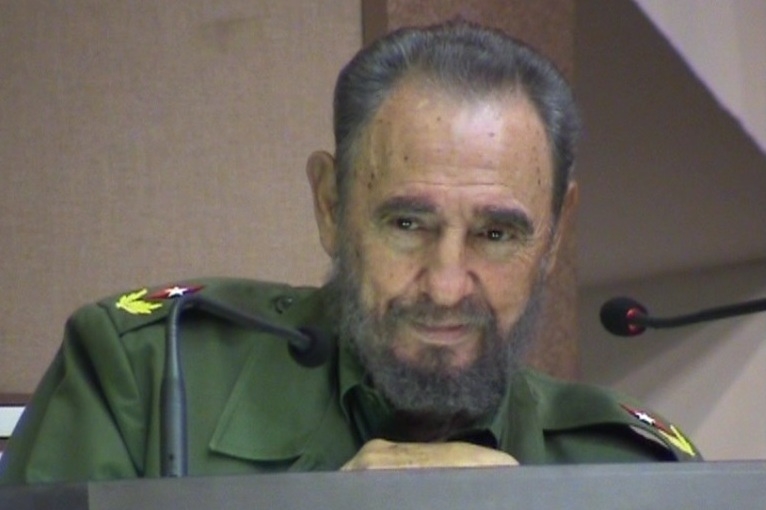 On December 2, the Center for Latin American Studies hosted a panel discussion focusing on how the death of Fidel Castro will affect Cuba and the region as a whole. The event was entitled “The Legacy of Fidel and the Future of Cuba”.

The first speaker was University of Pittsburgh Political Science Professor and Director of the Center for Latin American Studies, Scott Morgenstern. Morgenstern warned that change does not mean improvement in Cuba. He focused his comments on the challenges and opportunities that may lie ahead. Some of these opportunities for expansion and improvement include tourism, biomedics, education and even potentially oil. Morgenstern described how there is a whisper campaign in Cuba and a louder campaign outside of Cuba pushing for changes. The goal for Cuba will be to maintain its legacy and move beyond the problems. While some may look towards Raul Castro as a more pragmatic leader, Morgenstern believes that any changes will be very slow. Morgenstern also pointed towards the free trade zone and the Mariel port as examples of Cuban potential. The role of the United States was also an important part of the discussion of Cuba’s future development. Morgenstern mentioned how President-elect Trump has been unclear about his policy towards Cuba. He could try to open up Cuba in order to build more Trump towers or close down any progress made by President Obama.

The second speaker, Tania Pérez Cano, a lecturer in the Hispanic Languages and Literatures Department, had a more personal take on the death of Fidel Castro because she lived much of her life in Cuba. She spoke of how the silence in Cuba was just as loud as the celebrations in Miami. She focused on both the positives such as Cuba’s medical missions abroad and the negatives such as the lack of technology. Pérez Cano discussed how many of the problems in Cuba can be attributed to the cycles of economic policy in which Castro alternated between policy based on ideology and policy based on pragmaticism. She explained that the series of pragmatic economic policy was an attempt to fix the economic problem caused by Castro’s ideology. These economic problems have continued to cause divisiveness in Cuban society. She also spoke of the expansive financial need in Cuba, due to these chaotic economic policies. Like Morgenstern, she warned about how the Trump presidency may impact improved relations with Cuba. She reminded the audience that President-elect Trump thanked his Cuban supporters in Florida for their support. Trump may be more concerned with maintaining the support of Cuban Americans instead of repairing relations with Cuba.

The third speaker was Amaury Yasmani Perez, a PhD student in the political science department. He also had a very personal story of leaving Cuba at age 14 and going to Miami. He had a very pointed take on the propaganda he experienced in Cuba which he described as constant indoctrinated in school complete with mandatory political events that all students had to attend. He expressed doubt about any immediate possibility of change due to the fact that schools create students who support the revolution and that they come out of the education system feeling like they owe something to the revolution. He also spoke of the large generation gap between Cuban-Americans who all want the same goal, but have different approaches to how to achieve that goal. He explained how younger Cuban Americans, like himself, want to reject the embargo and focus instead of social and cultural exchange. He also focused on how Cubans in Miami have been preparing to invest in Cuba again and that there is a lot of potential for Cuban American investment if economic policies change.

The final speaker was Ariel Armony, the director of the University Center for International Studies and Senior Director of International Programs. He spoke of how Cuba has played a role in all of Latin America. He encouraged looking back at the history of the Cold War era because in Latin America, it was not a cold war, but one in which a lot of lives were lost. Armony recounted that we have not yet recovered that history and come to terms with it; not just in how Cuba has affected Latin America, but in how Cuba has affected the relationship between the US and Latin America. It has been a sore spot in the region. In terms of the future of Cuba, Armony posed the question of whether the Latin American community wants Cuba to become like Costa Rica. He spoke of how Latin America has a selfish dream of making Cuba the utopia they have always hoped for. He questioned whether the rest of the world wants a hand in making the utopia happen or whether we just want Cuba to invent the utopia for us.

Though the panel was a mix of those from different countries, backgrounds and generations, they all agreed on the need for change in Cuba. They also all agreed that the death of Fidel Castro alone will not bring about major change. Despite all of the speculation about the future of Cuba, the panel agreed that there is no way to know what that future holds.