Latinx and Queer in America: Violence, Resistance, and Community 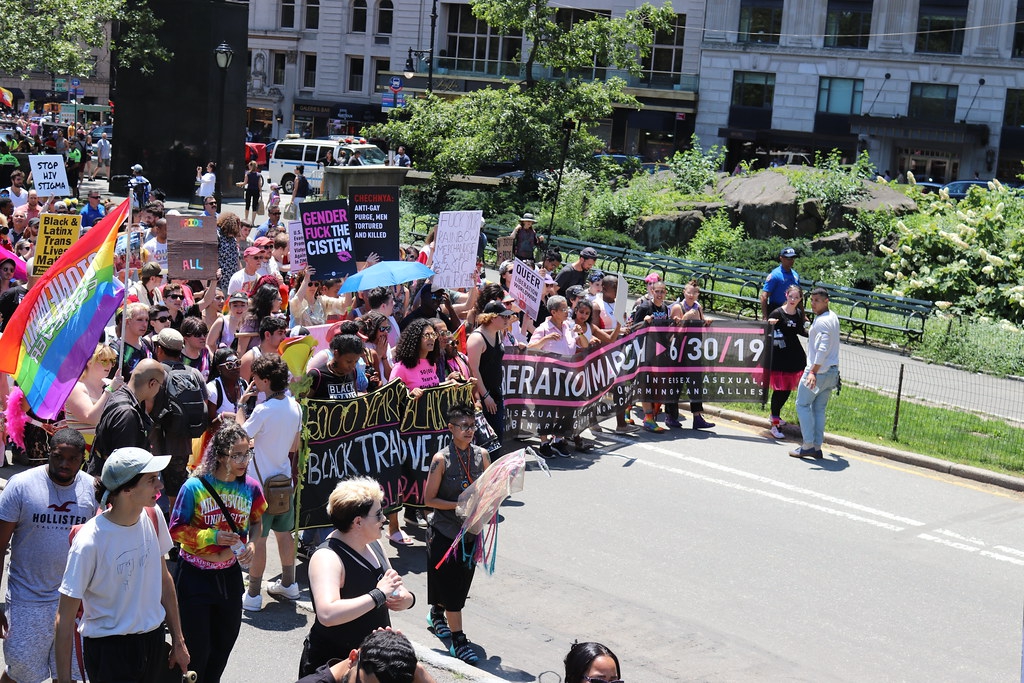 Queerness in the U.S. is a heavily stigmatized and complicated concept. To consider oneself to be anything other than heterosexual is a revolutionary act, especially for individuals of color. Historically, the fight for LGBTQIA+ rights has been one against great violence. Nearly four years after the tragic Pulse nightclub shooting, the violence and murders of the Pulse nightclub shooting have all but disappeared from mainstream public discussions about LGBT violence. Importantly, those who were murdered share something in common with other queer and trans murders that seem to drift from public memory: they were young, poor or working class, queer, Latinx, black, and/or gender nonconforming (Edelman, 2018). In remembrance of this tragic event, we must continue to honor and celebrate the lives of queer Latinx populations, living or departed. Though many are faced with brutality for merely existing, there are many ways in which these individuals, as well as their allies, may protest. Queerness in the U.S. for Latinx individuals can be characterized by resistance, resilience, and community support in spite of the violence enacted against them. Latino/a is more preferable given that it includes Latin-American cultures that are not Spanish-speaking, including indigenous peoples of Latin America and Brazilians. With this in mind, the U.S. based term “Latinx” was coined to erase the binary gender paradigm inherent in “Latino/a.”

Violence against queer communities of color include discriminatory legislation, societal ignorance, and even physical violence. The tragic shooting of the Pulse Nightclub that took place on June 12, 2016, claimed the lives of forty-nine individuals and injured one-hundred-and-nine. At the time, it was the deadly mass shooting that had occurred in the U.S. (Sánchez, 2017). The public narrative of this mass shooting militarized mourning for Black, Latinx, and Afrolatinx individuals, whose queerness and transness have been continually erased. Veronica Bayetti Flores, a queer Latinx writer and activist, elucidated how this event served as “a continuation of the violence that has been enacted upon LGBTQ communities of color”(Cram 2016). Flores contextualized the matter as she sheds a light on the anti-trans legislation, deportations, and criminalization of people of color in this country. Ultimately, those murdered, and forgotten, at the Pulse nightclub, and those like them, will only obtain the capacity to be remembered once the structural inequalities that facilitate the forgetful qualities of their deaths are directly addressed (Edelman, 2018).

During times of grief, “we”, as a society, must become responsive to the presence of violent histories. To do so, we must shift our vocabulary and hold higher powers to greater levels of accountability. “We” must all be accountable, crafting a public vocabulary of a longue durée of violence from the experiences and perspectives of those made most vulnerable (Cram, 2016). At a time in which the public potency of phrases such as “love wins” has been delimited to visions of privatized romance, we must re-member alternative imaginations of love. Spaces like Pulse are sacred because they can foster the forms of political love and kinship that transgress romance, forms of deep friendship inherited across queer generations as praxis of survival. These are spaces of renewal in an exhausting world (Cram, 2016). It is vital that we continue to be proactive and intentional about our language, the literature we consume, and the communities we support.

Pastrana, A. J. , Battle, J. , & Harris, A. (2017). An examination of Latinx LGBT populations across the United States: Intersections of race and sexuality . Palgrave Macmillan. [Crossref], [Google Scholar]OpenURL University of Pittsburgh