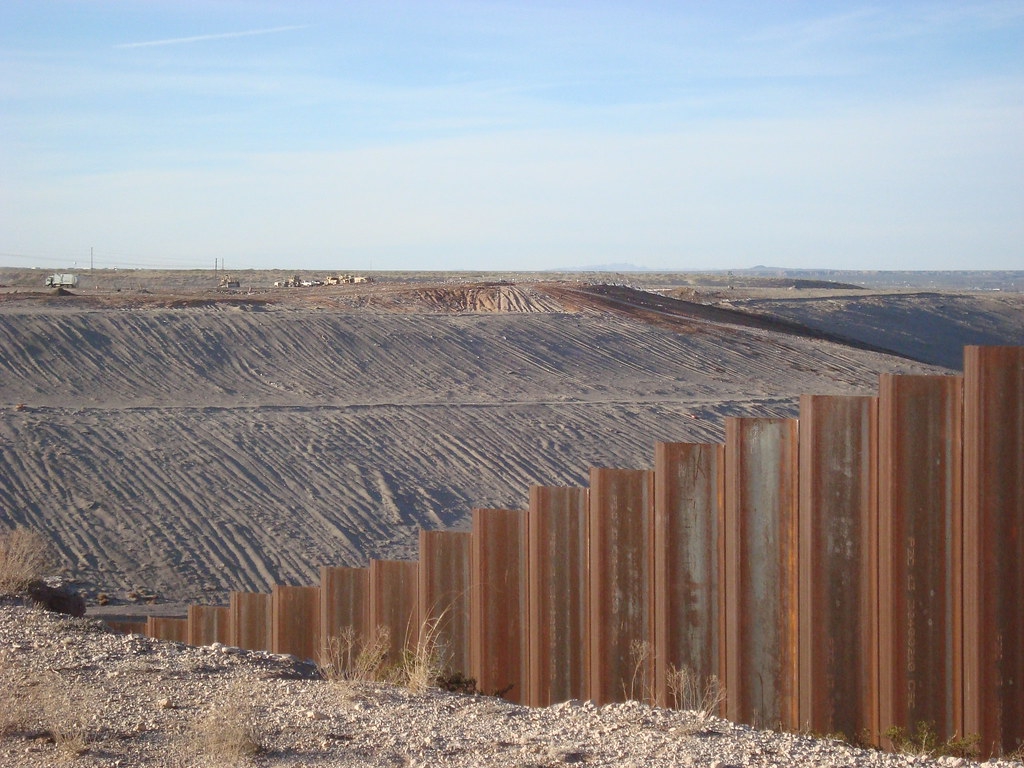 Much of the news over the past five years has been heavily focused on reporting public debates regarding border and immigration control. Of the most hotly debated are the commonly known Muslim ban, DACA removal debates, launching of the family separation policy, and the brief government shutdown over border wall funding. At the forefront of these policies are of course, discussions over human migration. This makes sense since human rights are the most relatable and ethically challenging aspects of border and immigration policy. However, there is another factor contributing to the conflicts over border control that is often overshadowed–animal migration. Conservationists have been fighting hard for animals and habitats that are endangered by the border wall. Who are these animals that can no longer make their continental trek and what does the fight for their migration rights entail?

The area between the U.S. and Mexico is usually portrayed as a dangerous hot, dry, and deserted land, but this is not the case along its entirety. Most commonly pictured is the Sonoran desert which spans 100,000 square miles across the border experiencing between 76-500 millimeters of rain a year, and ranging in temperature from 50 to 104 degrees Fahrenheit. Undoubtedly brutal conditions for humans travelling by foot. Yet, the border crosses through not only a desert but through forested areas, mountain ranges, rivers and other bodies of water, floodplains, canyons, and coasts (Knowles, 2017). These environments are sliced through by the border wall, reducing habitats and disturbing animals as the wall continues to be built. Four inch gaps left between the wall columns allow for only small animals to continue their search for mates and food. The rest are left to starve, fight over resources, or are inevitably killed by human construction and border patrol vehicles.

Even birds are killed by the wall. Many die getting caught between the steel wire mesh (Whitman, 2019). The wall disturbs the habitats of many flying creatures. For the Cactus Ferruginous pygmy owl, its favorite homes the saguaros and organ pipe cacti, ironwoods, and mesquite and acacia trees are all gravely endangered. This fist sized, low-flying pygmy owl flies around four and half feet off the ground. But their flight and hunting paths are ultimately interrupted by the wall which stands 50 feet from the ground limiting their ability to keep small rodents, reptiles, and insect populations in check.

An example of a slightly larger animal is the Javelina Bristly, a type of peccary (a pig-like species) that lives from southwestern United States all the way to Panama. Javis are extremely tough. They have self-sharpening tusks, eat cactus (without cutting the spikes off), and have a really strong unpleasant scent which is why they are also known as “skunk pigs.” Ecosystem health and prickly pear survival are extremely dependent on Javis who eat the prickly pears in their entirety and deposit the seeds via their scat. It is not uncommon for locals to see Javis walking along the border wall looking for a way through (Knowles, 2017).

Javis are not the only species that walk for miles following the border wall in search of an opening. Mule deer have been migrating between Arizona and Mexico for thousands of years. They do this in response to seasonal changes. However, increasing temperatures due to climate change makes foraging much more difficult for the mule deer. To adapt, these animals have been spending more time in agriculture plots in Mexico to find food they no longer have as much access to in the wild. They will walk for 30 miles or more in areas that are no longer federally protected. Many die from “vehicle strikes” by passing border patrol or construction vehicles. Other species like the Bighorn sheep, and the endangered pronghorn antelope are also at risk of being killed by border patrol, who in 2006, gained access to areas listed and protected as wilderness (Whitman, 2019).

Jaguars were extirpated from the U.S. in the 1960s, this does not mean they have gone extinct, but that they have ceased to exist in the region. Since then, less than a hundred large cats have been spotted near the border (Carswell, 2017). The border wall is particularly threatening to Jaguars because males search up to 130 miles away for new territory and mates. If this range is limited, then Jaguars can neither find mates, or are forced to compete for territory and resources.

“Abundant evidence has shown over the past decade that these barriers do not stop people” but they exponentially decrease migration corridors further exacerbating the effects of climate change and biodiversity loss (Schylyer, n.d.). Under the Bush administration many laws were waived that would have required environmental consultation over the construction of the wall. The same has happened during the Trump administration where waivers allowed construction to bypass regulations of Endangered Species Act, Clean Air act, and even the Antiquities act (many traditional sites belonging to Native American tribes are also being destroyed by the construction of the wall) (Hsieh, 2020). Conservationists have been using these regulations to slow construction down. The Migratory Bird Treaty act, and Wilderness act have been utilized by the U.S. Fish and Wildlife Service to buy up land especially throughout the border along Texas and Mexico over the past 41 years. This strategy has effectively increased white-tailed deer populations in these protected areas (Burnett, 2020).

Aside from legally countering the construction of the wall through policy and privatizing land, conservationists have been warning governments about its effect on wetlands. The border acts as a barrier to water much like how a dam would. Water flow patterns are reduced or redirected, stopping the natural drainage of water into wetlands or causing flooding in entirely new regions. Attempts to mitigate this include leaving gaps along the wall, however, these are not entirely effective for several reasons. For one, everything that needs to wash through may not actually flow through those designated gaps, we are talking about nature after all. Secondly, debris like dirt, sand, branches, and plant materials build up along the fence and change the flow patterns of the water which conservationists predict will not only stop traditional floodwater patterns, but create new ones that could change the vegetation of the region. Not to mention, flooding would inevitably damage the wall itself. While U.S. Customs and Border Protection pledged to keep the fence clean, reports of piling up debris have yet to cease (Whitman, 2019).

Another important part to conservation along the border, is tracking and videoing because hard evidence makes the case. Animal behavioral changes and overall habitat loss occur over long periods of time. Tracking, and even videoing numbers are crucial to understanding the long term effects of the wall on animal migration. U.S. Wildlands Network and Mexican equivalent work together to document and track wildlife across the border. There are over 40 trail cameras along southeastern Arizona, for example, where javelinas, bobcats, mountain lions, and even turkeys are seen foraging for food (Sanchez, 2020). Tracking can also help indicate common sources of disturbance besides the border itself. How does construction and lighting affect the animals? What are some differences in animal appearances between protected and unprotected areas?

The U.S./Mexican border is not the only ecologically diverse region being threatened by political borders. There is also the issue of intercontinental migration, which can be seen through the Panama canal where the Mesoamerican Biological Corridor is failing (Ponchner, 2019). This corridor is extremely unique and is a landscape feature not found to this scale on other continents. Not much research has been done on the biodiversity loss of the Panama canal, however this is starting to change. The number one issue at hand for Panama, is to replant forests that have been lost. The next, is to develop a reconstruction strategy that not only works for a single species, but for as many as possible, especially those currently endangered by the shrinking region.

Animal migration is yet another example for how the construction of the border wall is not an action to be rushed into. Waiving regulations and not consulting Native American tribes, private landowners, or conservationists have proven that there are many consequences to building the border wall that threaten not only human lives, but the environments we live in. We must remind ourselves that the lives of these animals are just as important as the lives of humans, for without them, our access to clean water, air, and food would collapse.

Schlyer, K. (n.d.). Embattled Borderlands: Will the border wall strike a fatal blow to one of the most imperiled wild region in North America? Audubon. https://www.audubon.org/features/esri-embattled-borderlands