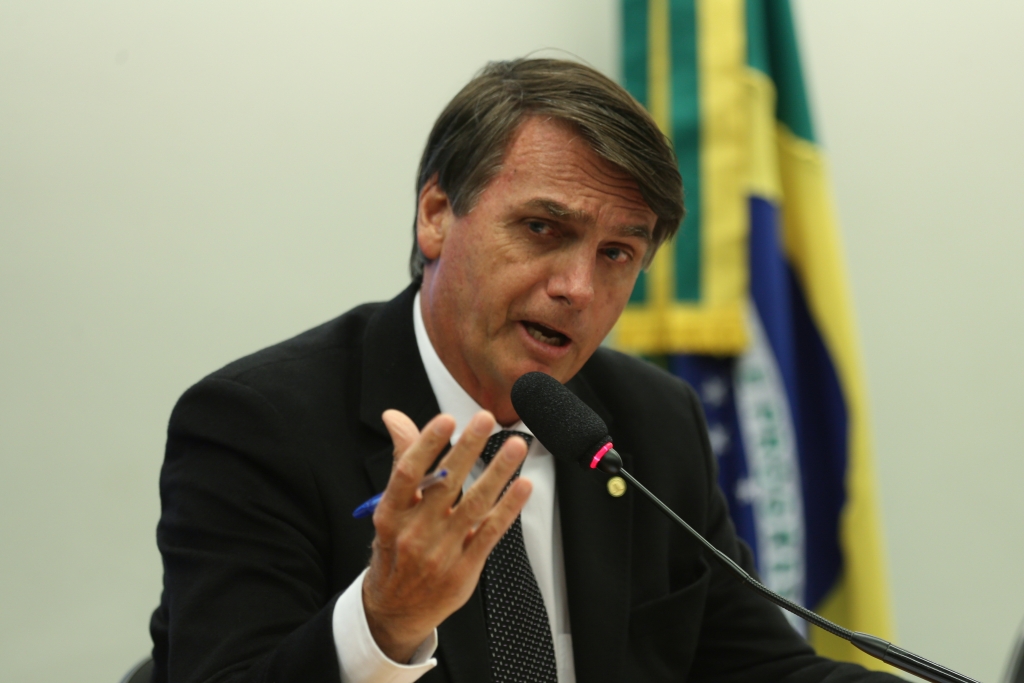 Jair Bolsonaro was named the winner of Brazil’s presidential election on Sunday, October 28. The election had been a dramatic split between a far-right and a far-left representative. Specifically, Bolsonaro was from the Social Liberal Party (far-right) and Fernando Haddad lead the Workers’ Party (left-wing). Bolsonaro defeated Haddad with a margin of 55.1% to 44.9% (Labrador, 2018).

Bolsonaro had focused his campaign rhetoric on supporting the movements confronting the growing problems of crime and corruption in Brazil. The problem of corruption was further provoked as a central problem in Brazil after the recession in 2016. This recession revealed the massive amounts of political corruption happening behind the scenes of the Brazilian government and businesses. Therefore, Bolsonaro portrayed himself as a figure who represents the anger of Brazilians towards these problems. The results of the election demonstrate that the people responded positively to the idea of this figure (Felter and Labrador, 2018).

Likewise, the turnout of the election demonstrates how many Brazilians wanted a hero to combat these problems, as Bolsonaro promised “to take the radical measures to fix his country” (Londoño and Darlington, 2018). Due to similar campaign rhetorics and political attitudes, Bolsonaro has been repeatedly labeled as the “Brazilian Trump” or the “Trump of the Tropics” (Vinograd, 2018 and BBC News, 2018). Bolsonaro earned his political followers through using “harsh language” to promote his campaign and by addressing the violence in Brazil (Londoño, 2018).

Bolsonaro has marked his stance on many political aspects such as minority groups, the environment, the economy, and democracy. For instance, Bolsonaro has demonstrated that he is an advocate for military dictatorship. Thus, the future of the Brazilian democracy (the fourth largest democracy in the world) may be at stake. Also, he has been accused of encouraging the hateful and discriminating rhetoric against women, the LGBT community, and Afro-Brazilians. This past April he was even charged with “inciting hatred and discrimination against blacks, indigenous communities, women and gays” (Londoño, 2018). This charging document cites many instances of hate speech against these specific groups. In continuation, Bolsonaro has expressed his desires towards supporting agribusinesses. The coordinator of climate policy at Clima e Sociedade, Alice Amorim, has described how Bolsonaro supports productivity and efficiency over the environment itself. This could prove to negatively impact the Amazon Rainforest in particular (Leprince-Ringuet, 2018). He has even expressed interest in leaving the 2015 Paris Agreement. Finally, in regards to the economy Bolsonaro has also confronted the “inadequate” economic policies by the Workers’ Party in the past. The economy was an important feature to address since Brazil is just coming out of a economic crisis, and many blame the Workers’ Party. When addressing the economy, Bolsonaro has defended market friendly policies and the need to reduce interventions by the state in the economy (BBC Monitoring, 2018). However, many of the political and economic plans Bolsonaro presented for Brazil were unclear.

Overall, after four consecutive presidencies from the left-wing political party, this shift to a right-wing political agenda will bring a different set of values to Brazil. With his plans to fight corruption and crime in Brazil, Bolsonaro appeals to many Brazilians citizens. However, Bolsonaro’s strong rhetoric regarding social issues has brought some of his ideals into question. Nevertheless, Bolsonaro used the people's anger as a main strategy for his campaign, which has proven to be a successful strategy.