In the midst of what may be called the biggest corruption scandal in Brazil of all time, how are Brazilian government agencies poised to deal with the outcomes of the Petrobras case and investigate other wrongdoings? Pretty well, as long as they are able to work together and share information. That is what we argue in our recent article for Latin American Politics and Society “Inching Toward Accountability: The Evolution of Brazil's Anticorruption Institutions, 1985–2010.” (available at  http://onlinelibrary.wiley.com/doi/10.1111/j.1548-2456.2014.00230.x/abstract).

The article analyzes the evolution of the network of Brazilian federal accountability institutions over the course of the past generation, between the transition to democracy and the end of President Luiz Inacio Lula da Silva’s second term. Substantively, the article charts the significant gains that have been made in accountability institutions. Theoretically, it evaluates the evolution of these institutions as a consequence of the distribution of rules, routines, roles, and resources across a larger institutional network, demonstrating that changes in the various bureaucratic agencies have mutually reinforced each other and generated autocatalytic processes of reform.

Despite considerable improvements, Brazil is still an obviously corrupt country. The open-list proportional representation system makes campaigns much more expensive than they need be, for they pit candidates from the same party (or pre-electoral coalition) against each other. This is one of the main reasons why the Petrobras scandal happened. And although important leaders of the Partido dos Trabalhadores were jailed after the 2005 Mensalão scandal, the courts continue to be a major bottleneck to accountability.

But small-bore reforms that have changed budget processes, fiscal transparency, political eligibility, party recruitment, and auditing procedures have made corruption more difficult. Many of these changes have arisen out of a process of gradual institutional settling, involving interactions across a network of institutions. Brazil has many best practices to share as a result —such as the CGU’s municipal audits, the Fiscal Responsability Law, and the Clean Slate law—, all institutional changes that resulted from complex processes whose effects were not clearly discernable in advance. Accountability is a long slog, and one that may build from one small, incremental improvement to another until critical mass is built in the wider network of accountability institutions.

Due to the fact that it is not a government agency, Petrobras has not been as investigated and held accountable as other areas of government. Pedro Barusco, an Engineering Manager at Petrobras, spawned a new jargon. One "barusco" is worth US$ 100 million, the amount of his corrupt payoffs. When "baruscos" begin to cause perplexity and not an all-knowing nod from Brazilians, the country will be even more on its way to better governance. 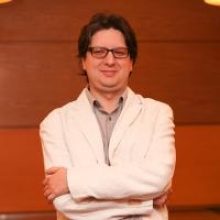 Sergio Praca
Sérgio Praça teaches Public Policy at the Universidade Federal do ABC, in São Paulo, Brazil, and is a researcher at FGV-SP. He blogs at http://colunas.revistaepocanegocios.globo.com/estadoecia/