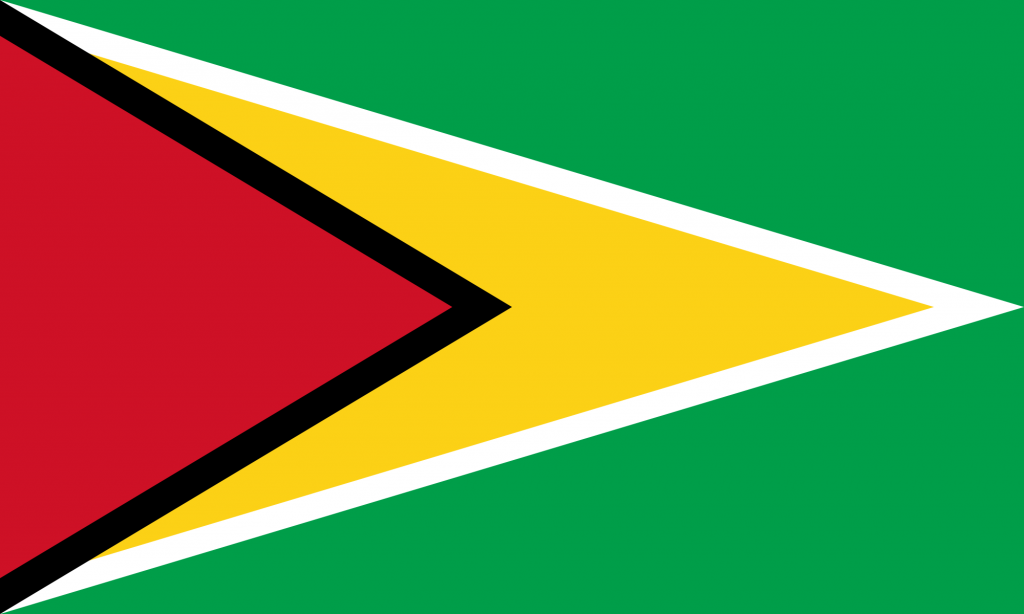 Guyanese politics have historically been driven by ethnicity-based parties. For decades, the Guyanese people have aligned themselves to political parties based on a shared heritage. The largest ethnic group in Guyana is the Indo-Guyanese which accounts for 44% of the total population. The next largest ethnic group is the Afro-Guyanese at about 30%; another 17% of the population identifies as mixed heritage, and the final 9% are indigenous Guyanese (World Population Review, 2019). Even before Guyana gained its independence in 1966, the ethnic groups were divided between those of Indo-Guyanese descent and those of Afro-Guyanese descent and began influencing the country’s politics. Guyana has been run for many years by either of these two parties. The left-wing People’s Progressive Party (PPP), was founded by Indo-Guyanese Cheddi Jagan in 1950 and featured a diverse group of leaders including Afro-Guyanese political leader, Forbes Burnham. The PPP party was created to unify the Guyanese people outside of racial lines, however, differences in political ideology led the group to split into two different factions. Burnham left the PPP and soon founded the People’s National Congress (PNC), of which a majority of the members were of Afro-Guyanese descent. The PPP’s demographics also became more homogenous with a large majority of members representing the Indo-Guyanese population. Not only did the two parties compete for national power, but also dominated different aspects of the Guyanese government. Due to the much larger Indo-Guyanese population, Jagan’s party, the PPP held power from 1992 to 2015. “During this time, the Indo-Guyanese came to have a particularly strong presence in the Guyanese bureaucracy, complementing their longstanding dominance of the business community, while the Guyanese Defense Force (GDF) and police have been dominated by Afro-Guyanese since their inception.” (Ellis, 2019).This rivalry for power was fueled through strict racial divisions for centuries.

Beginning in the 2000s, members of the PPP began to split apart due to ideological differences and eventually formed a new center-leaning party, the Alliance for Change (AFC). In 2011, the PNC created a campaign to expand beyond just the Afro-Guyanese population. The slightly more inclusive coalition was named A Partnership for National Unity (APNU). In the 2011 elections, the still larger party, the PPP won the presidency through their candidate Donald Ramotar, with the APNU and AFC holding a majority in parliament. Controlling parliament, the APNU and AFC would block actions of the PPP government and called for the investigation into cases of corruption within the PPP party (Stabroek News, 2015). The opposition parties with a minor lead in parliament in 2014 worked together to demand a no-confidence vote in protest of the alleged corrupt government spending of Ramotar’s administration. In response to the no-confidence vote proposition, Ramotar took action to, as he explained, give “democracy a better opportunity to breathe” and open the door to negotiations while accusing the opposition of viewing “their own narrow political agenda as more important to them than the national agenda, the development of the country” (Gupta, 2014). To do this, Ramotar prorogued parliament, a constitutional measure that suspends rather than dissolves parliament for up to 6 months. This move was considered an act of dictatorship according to the PPP’s opposing parties. The no-confidence vote was won by a one-person majority in the 65 person parliament, and gave retired GDF senior officer under Burnham, David A. Granger, the Presidency. Granger was also a strong proponent in leading the opposition against Ramotar (Gupta, 2014).

The fragility of Guyana’s government is only proving to be more brittle. In recent years, ExxonMobil and other oil giants became interested in Guyana as a rich resource for Petroleum. After initial surveys in 2017 by ExxonMobil, Hess and China National Offshore Oil Company, petroleum experts announced approximately 1.4 billion barrels of oil mixed with natural gas rendering Guyana’s oil field comparable to some of the largest fields drilled in Latin America (Krauss, 2017). In the midst of these findings, another no-confidence vote was brought up in parliament, this time against Granger. The opposition blamed Granger for not fighting corruption to the fullest extent following his proposed timeline from his first days in office as well as “mismanaging the country’s oil resources and granting Exxon overly generous contract terms” (Reuters Staff, 2019). The IMF reports an estimate that by 2024, the oil sector will account for 40% of Guyana’s Gross Domestic Products. In the emerging oil empire, an already fragile democracy now must learn to navigate the implications of massive oil field findings and the economic politics that will follow, both domestically and internationally. As the vote of no-confidence against Granger was upheld, elections were initiated almost two years before Granger’s constitutional term would be complete. The elections will be held on March 2nd, 2020.

The international implications of the vote of no-confidence in the midst of a scramble to monetize the recently discovered Guyanese oil were immense. Diplomats from the United States, Great Britain, and the E.U. released a statement that “the (vote of no-confidence) comes at great cost to the people of Guyana. The prevailing political uncertainty undermines Guyanese institutions, compromises economic opportunities and delays development… It also hinders our ability to support Guyana’s development needs” (Reuters Staff, 2019). The United States provides approximately $5.4 million in aid to Guyana in terms of health services and education and is an important economic partner for the country.

Some of the Guyanese people worry that their small nation will face similar consequences to those in neighboring Venezuela, that left the national economy dependent on oil and eventually devastated the country. Another concern is that Guyana’s administration is not “corruption-resistant” enough to manage such a sudden large influx of new money. On the other hand, the newly emerging oil empire of Guyana could bring prosperity and a higher quality of life to the Guyanese people. The government under Granger’s administration published a “green paper” in order to “advance the national discussion regarding how to manage the windfall” and “has begun building management and oversight mechanisms to deal knowledgeably with its commercial oil sector partners. It has also proposed a ‘natural resources’ sovereign wealth fund and has taken other steps to strengthen institutions” (Ellis, 2019). The coming elections will be essential in seeing what the future holds for Guyana’s citizens and its resources. The fragility of ethnicity-based politics and unified call to fight corruption may bring a new multi-ethnic political party to power, or racial divides will continue to infringe on Guyana’s democracy.