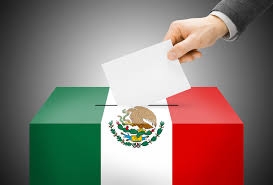 A certain atmosphere of “rehearsal” is always present when sub-national or mid-term legislative elections take place with a new race for the national executive already in sight. The electoral dispute for diverse state-level and municipal offices, including the governorship of Mexico’s homonymous metropolitan state (Edomex), on June 4th was no exception. The widely shared impression that a victory of the opposition had become a highly probable result after almost a century of uninterrupted control by the Partido Revolucionario Institucional (PRI), contributed in this case to rise expectations and anxieties. Many analysts shared the opinion that the loss of this citadel –a relic from the ways when the PRI enjoyed a solid, nationwide electoral hegemony- could provide a decisive blow to the former hegemonic party’s possibilities of retaining the presidency in 2018. Considering this horizon, PRI militants’ scarce enthusiasm to celebrate the retention of the most important governorship is understandable –one correspondent dubbed it amarga victoria (a “bitter victory”).

Indeed, the PRI was among the most seriously injured. Its share of the vote in the most populated state descended from the 65% collected in the previous election (2011) to 33%. Votes for Alfredo del Mazo, the new governor elected, exceeded only a 3% the ones for Delfina Gómez, candidate of the Movimiento Renovación Nacional (MORENA), who arrived in second place. The wider picture is hardly more encouraging. In the state of Veracruz (another former PRI redoubt, and the third electoral bounty of the country), vote for the incumbent party was below 20%; in Coahuila, 60% of votes went to opposition parties. According to Jorge Castañeda’s analysis, the first conclusion is that these results have made current president and former governor of Edomex Enrique Peña Nieto “the most unpopular president of Mexico’s modern history.”

The main winner is, at first sight, Andrés Manuel López Obrador (AMLO), leader of Morena, former mayor of Mexico City and defeated runner for the presidency in 2006 and 2012. His party’s failure to make Gómez governor of Edomex should not obfuscate the fact that, in spite of a candidate that was not particularly brilliant, it quadrupled its 2015 electoral performance. Moreover, Castañeda observes, the fact that the accumulated votes of the two main parties of the left –Morena and the more traditional Partido Revolucionario Democrático (PRD), AMLO’s former party- surpassed the 50% threshold, suggests that an eventual coalition of the left should have no difficulties winning on a landslide in 2018. If such a coalition ends eventually crystallizing, however, it will certainly not be because of the foundations laid on this campaign, during which AMLO demanded from the PRD and the small Partido del Trabajo (PT) the withdrawal of their respective candidates. Should they choose to do otherwise, he threatened, they would frustrate any chance of an electoral agreement to back him as a common candidate in 2018.

Not surprisingly, none of the targets received well the threats and the arrogance they transpired. They both maintained their respective candidates, and the PRD’s president announced, 24 hours after AMLO’s ultimatum, the decision of PRD and the main party of the right, the Partido Acción Nacional (PAN), to advance negotiations conducive to participate in the 2018 election as a coalition, the Frente Amplio Opositor, with a common presidential candidate. What in theory may sound like a coalition contra natura would actually not be a complete novelty –both parties have presented common candidates in some sub-national elections-. However, analysts find an eventual agreement around a common program easier to work out than one on a single candidate. In any case, it is clear that the priority for both prospective partners should be the processing of their respective internal disagreements. That should prove particularly difficult for the PAN, whose candidate for the governor of Edomex, Josefina Vázquez Mota, arrived in fourth place, well below than expected.

In spite of the disappointing performance of the traditional conservative option, financial operators and investors found the PRI’s victory –or, perhaps more accurately, Morena’s defeat- good enough a reason to celebrate.

In the end, of course, Mexican democracy is the one suffering the most. Because of the extremely high levels of abstention, in first place –53% of registered voters, although this represents an improvement on the 46% of the previous Edomex election. Secondly, because, meagre as it was, the PRI’s victory clearly owed something to the party machine and to traditional channels of presidential interference –according to AMLO, who still has not accepted the official results and questions the transparency of the counting of votes, also to electoral fraud. On the last campaigning day, Lorenzo Meyer, one of Mexico’s most respected political analysts, reminded his fellow citizens that there are good reasons to assess the Mexican transition to democracy as still incomplete -a defeat of PRI in its most important electoral bastion being the pending acid test. Maybe in six years.