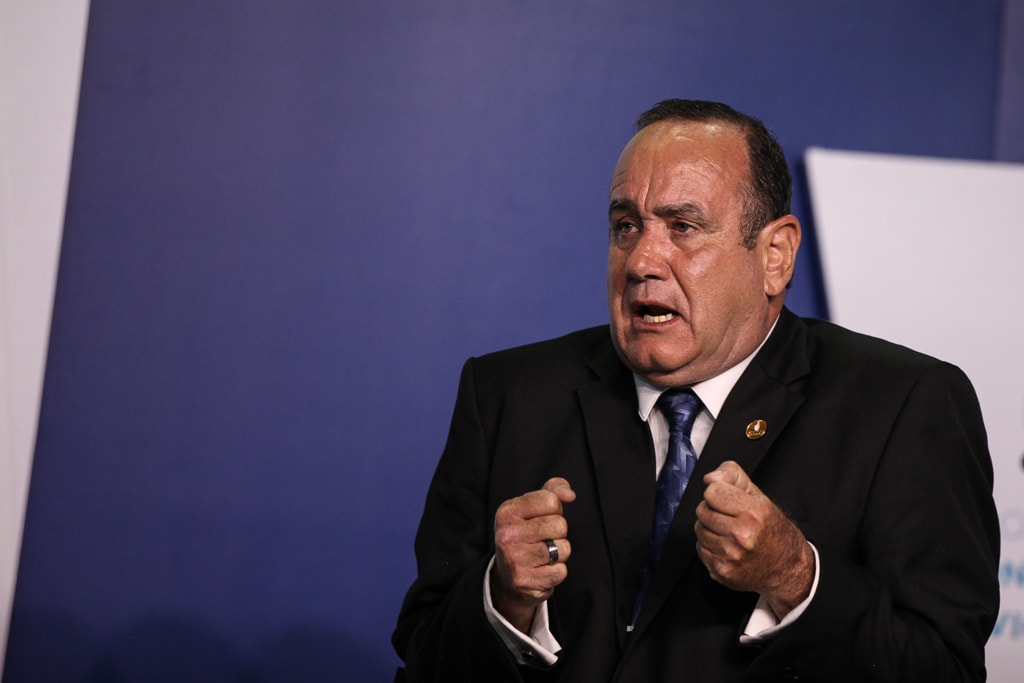 Recent elections in Latin America have resulted in an increase in the hyperpolarization of political parties, leaving a fragmented region between the left and the right. In some countries we have seen a swing to the left in the election of Alberto Fernandez in Argentina, Andrés Manuel López Obrador in Mexico and Lenín Moreno in Ecuador. However in other countries we have seen a swing to the right, including the election of Jair Bolsonaro in Brazil, Iván Duque Márquez in Colombia and Miguel Juan Sebastián Piñera Echenique in Chile. The difference in political ideologies has caused tensions in the region, creating new allies and forming new adversaries. Guatemala, in 2019, has furthered the right-ward trend in Latin America by electing their new President Alejandro Giammattei.

Alejandro Giammattei will take office on January 14th, 2020 as the candidate of the Vamos political party. Vamos is a center right to right wing political party that was originally founded in 2017 and places conservatism, social conservatism, and economic liberalism central to its ideologies. Prior to his election in 2019, Giammattei also participated in the presidential elections in 2007, 2011, 2015 and lastly in 2019. His election means that he will act as President of Guatemala between 2020 to 2024. Mr. Giammattei has focused on the return of the death penalty to Guatemala in order to restore order and terminate corruption and gang violence. He has also highlighted his views against same-sex marriage and abortion.

Giammattei will be replacing Jimmy Morales, the 50th president of Guatemala, and the candidate of the National Convergence Front. Morales is also a conservative candidate who used anti-corruption rhetoric in his campaign, which Giammattei followed. Morales and Giammattei both won against Sandra Torres, who was the First Lady of Guatemala between 2008 to 2011. Torres is a member of the social-democratic political party, National Unity of Hope, and has focused her campaign on fighting femicide, improving responsible parenting,  fighting against poverty and improving the domestic economy. She has tried to appeal to conservative voters by opposing abortion and same-sex marriage. Morales beat Torres in the second round of elections with 67.4% of the vote, while Giammattei beat Torres with approximately 60% of the vote. Voter turnout in both elections have been surprisingly low, 59% in 2015 and 42% in 2019 (Walsh 2019). The economic pressure that Guatemala has been under has caused many Guatemalas to seek refuge in other countries, particularly in the United States. Giammattei hopes to decrease the large amount of emigration from Guatemala to the U.S. by aiding the domestic economy and squashing domestic violence.

Though they seem similar, Giammattei and Morales hare less than would be expected in common. Giammattei openly disagreed with Morales’s migration agreement with the United States. The new agreement outlines that “migrants in Guatemala must apply for asylum there, and fail to get it, before they can apply for asylum in the US” (Walsh 2019). Guatemalan migrants that migrate without applying for asylum in Guatemala will be returned to their home country. This agreement was made due to an intense amount of migrants leaving Guatemala, Trumps’ desire to limit migration in the United States, and Morales’s desire to prevent their citizens from leaving. Giammattei, however, views Guatemala’s vast amount of migration as an economic problem. Giammattei has stated that he will focus first on reducing unemployment and amending the deal that Morales made with the Trump administration. Giammattei plans to aid their economy by increasing foreign investment and trade, building a relationship with Mexico and work with the private sector to create jobs.

Guatemala’s economic troubles have come as a culmination of many factors. In recent years the agricultural sector of Guatemala has seen a hit due to climate change. According to the World Bank, “an estimated 59% of Guatemalans live in poverty” (Brigida 2019). Many are worried that Giammattei’s economic promises will not be able to help those that need it the most. “Through Guatemala has posted steady economic growth, the World Bank says it has one of the highest rates of inequality in Latin America, with some of the worst poverty, malnutrition and maternal-child mortality rates in the region -- particularly in Indigenous communities” (Malkin 2019). The large inequality in Guatemala is due to a small few elites holding a majority of the economic power, leaving many without hope for their future.

Giammattei will have a lot to prove in his upcoming time as president, as he hopes to try and turn around an unfavorable record. In 2006, Giammattei was involved in a prison raid that left seven Guatemalan inmates dead. Prior to his role in politics, Giammattei was a prisons director. Even though he was eventually acquitted, he did spend 10 months in jail. Morales has also had his hand in corruption scandal, including family members who were arrested. While Morales was not directly implicated, he did order the removal of the International Commission Against Impunity in Guatemala (CICIG), a UN based commission that investigates corruption officials, after it  began investigating Morales himself. CICIG was the organization investigating the new president Giammattei for the deaths in the prison system, but the case was dismissed. Although Giammattei has claimed he wants to end violence in Guatemala, it is unlikely he will bring CICIG back. Sandra Torres, Giammattei’s competitor, has also been accused of illegal campaign financing. This highlights the high levels of corruption that have taken place recently in Guatemalan politics. The corruption has led to an increase in skepticism towards politics in democracy among the Guatemalan people.

Not only does Guatemala’s large migration problems come from a lack of economic opportunities and fear, but it also comes from social concepts. One of these includes a widespread idea that hope and change is unlikely. This is due to frequent investigations into corruption in government, leaving many with the idea that systemic change is unlikely. However, it is not just ideology that causes immigration; it is also the differences in social sectors. Guatemala is home to a large amount of inidgenous people who have long been discriminated against and excluded. The indigenous population of Guatemala has contributed to the large amount of Guatemalans leaving. According to the New York Times, “In the last 10 months since last October, 250,000 Guatemalans have been caught or turned themselves in at the border with the United States, more than twice the number who arrived in the 12 months before that” (Malkin 2019). Giammattei has responded to indigenous groups leaving by stating he will try to enforce more projects, social and economic, to occur in rural areas. Migration, however, continues to be an aspiration for many Guatemalans. The journey of migrating from Guatemala to the United States is treacherous and dangerous, however the persistence of the high levels of migration shows the dissatisfaction of many Guatemalans and their yearning to begin a new life.