'A Good Criminal is a Dead Criminal' — Police Violence in Brazil 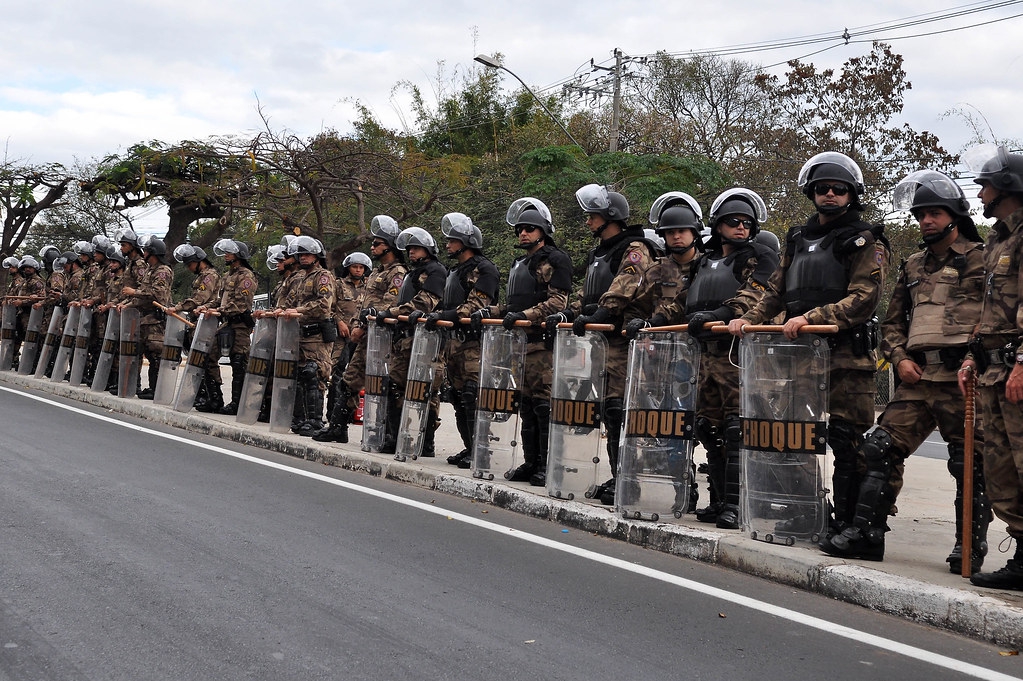 In the United States, recent cases of police killings have highlighted the persistency of police brutality in the nation. In Brazil, the problem is even more exacerbated, as police violence continues to grow at an even higher rate than in the United States. The causes of police violence vary throughout each nation. However, the frequency of these police killings emphasizes the limits of democracy and the inequitable nature of basic rights in these countries. Police violence is just one of many social issues that result from unequal social systems.

Within Brazil, government leaders have taken a strict stance on reducing the amount of violent crime and gang-violence. President Jair Bolsonaro and Governor Wilson Witzel (Rio de Janeiro state) have encouraged police to use violence to confront criminals and to remove the threat of gang-violence. For instance, under the official permission of the government, police are allowed to use lethal force to confront an immediate threat. Additionally, Bolsonaro and Witzel have called for a change in legislation that officially grants immunity to police who kill on duty. Bolsonaro has repeatedly expressed his enthusiasm for this policy and even excitedly stated that criminals will “die in the streets like cockroaches” if the new proposal was approved (BBC News, 2020).

Bolsonaro and Witzel play a key role in the persistence of police violence. During his campaign last October 2019, Witzel promoted himself as a leader who would not submit to crime. Encouraging the use of violence to fight crime, Witzel described how police would “dig graves” for criminals (Bachega, 2019). Since being elected, Witzel has highlighted the necessity for violence in curbing crime, and even ordered snipers to kill suspected criminals from helicopters. President Bolsonaro is no less draconian in his stance on using violence to reduce crime, and has often been quoted for his phrase, “a good criminal is a dead criminal” (BBC News, 2020).

The continuous prevalence of police violence in Brazil is often blamed on the government’s push for criminal confrontation. In 2019, police killed approximately 1,810 people in Brazil (BBC News, 2020). In comparison, in the United States, police killed 1,099 people in 2019 (Mapping Police Violence, 2020). The total number of killings in Brazil represent an 18 percent increase from 2018 (BBC News, 2020). However, in the case of Brazil, these statistics underrepresented the reality of the number of deaths caused by police violence. Additionally, police killings represent only a portion of the violence in the nation.

Authorities have labeled the victims of these killings as armed men who died from conflicts with police. However, it is often the case that these official statements cover up the truth—that innocent people have died in the crossfire of the conflicts or were even targeted by mistake. Additionally, research by Ignacio Cano (2010) finds that racial bias has impacted the police’s use of lethal force in Brazil within the states of Rio de Janeiro and São Paulo (Ceccato et al., 2017). Cano found that black and mixed-race Brazilians made up a large population of the victims of police violence in these states. Additionally, João Costa Vargas and Jaime Amparo Alves (2010) argue social categories of class, age, gender, and ethnicity define the frequency and experience of police violence in Brazil. Thus, they argue that police violence is a way of solidifying the boundary between the privileged and the marginalized.

The question remains whether Brazil can break the cycle of police violence, as it has grown each year since the 1990s. Many short-term policies have tried to reduce the conflicts between police and Brazilian gangs such as adapting police training programs, but many long-term actions have proved to be ineffective. With the current mentality of Brazilian leaders, it is increasingly difficult to establish long-term changes to the public policies or programs. However, there is a clear need to adapt the judicial system and the public policies in order to ensure marginalized groups are ensured protection.