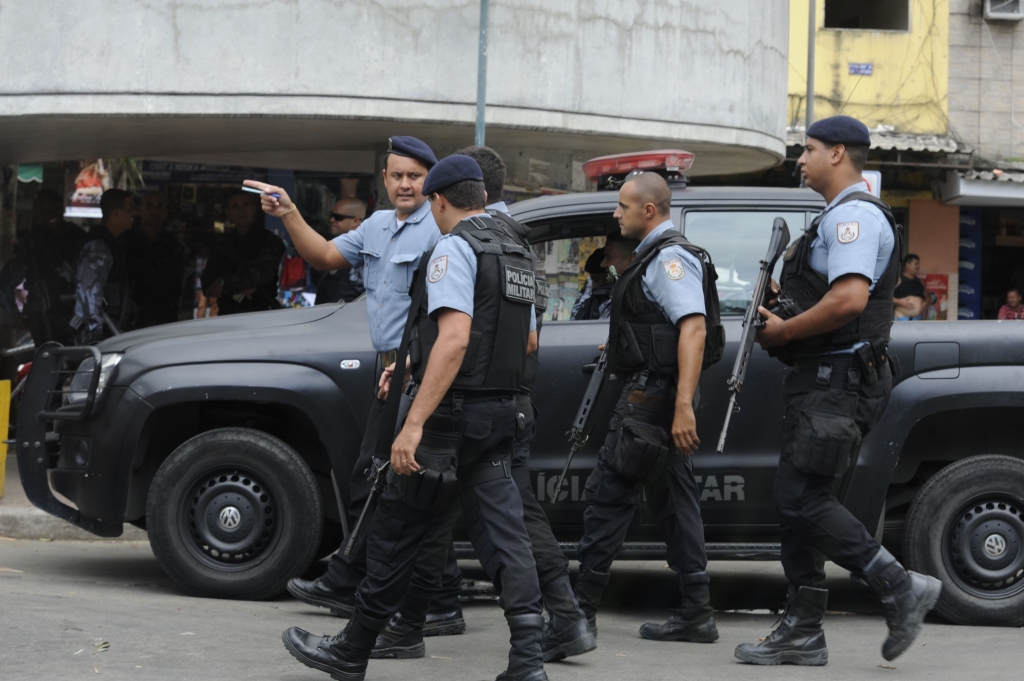 In September 2017, Brazil’s military was deployed to manage the chaos between rival drug gangs in the Rocinha favela in Rio de Janeiro. The violence escalated to the point where the airspace over the favela was shut down. Schools, businesses, and streets were on lockdown with residents hiding in their homes using social media to communicate the events outside. The 950 soldiers deployed to the community suspect the infamous ruling drug lord Antonio Bonfim Lopes aka Nem to be behind the violence from inside prison. The night before the violence broke out, the an audio message was circulated saying that an invasion was coming the next night. This extreme violence is becoming a common part of life in the favela.

The military was sent into the streets of Rio during the Olympics over a year ago, but many believe that the armed forces are only escalating the violence. These forces are only trained in winning military battles instead of rebuilding the favelas and creating a sustained peace. Currently, the citizens of the favelas are living in constant fear of sporadic and surprise violence with many too afraid to plan events in public spaces. There have been numerous efforts to try and bring a sense of security to these areas, but none have been particularly successful. The Police Pacification program was created to bring more police to the slums to counterbalance the power of the drug gangs. But the state of Rio has declared a financial emergency and they lack money to even pay for the police forces. This has largely kept the program from moving forward and being effective.

Being a police officer is exceedingly dangerous in Rio. Currently the city is one of the most dangerous places to be a police officer with 91 officers killed by August of this year compared to 23 officers killed in the first six months of the year in the entire United States. One study by the Brazilian police found that a police officer in Rio is more likely to be killed in action than an American soldier in World War II or Vietnam. The violence is on the rise with approximately 3,5000 people murdered in the first six months of the year, 15% more than in 2016.

With the police unable to make effective change and government corruption including the  former Mayor Eduardo Paes who is being investigated for bribery surrounding contracts with the Olympic games, citizens have taken measures into their own hands. Dennis Coli and Henrique Coehlo Caamaño have developed their own app to alert citizens of the favela of outbreaks of violence. Their app Onde Tem Tiroteio or Where There Are Shootouts can alert others of violence within two minutes of the first gunshot. Cecilia Oliveira has also developed a similar app called Cruzado or Crossfire with the help of Amnesty International to expose and record the violence. Oliveira has needed to continually expand her network in order to respond to all of the shootouts and she does not see this problem coming to an end soon.

Another local group is working on their own initiatives to address the problem of drugs, which is the underlying root of the violence. Movements or Movimentos is a group of primarily younger adults that have developed their own plan to address these issues in a way contrary to the process of the government which they claim has treated the problem as a war. They believe there needs to be a discussion of a change in drug policy and that youth need to be included as they are at the forefront of the effects of the violence. The organization mentions the movements in other countries to decriminalize or legalize with regulation various drugs, because they share the view that the war on drugs has entirely failed. The group has developed a pamphlet detailing facts about the violence and drug usage and deaths in the country in an attempt to educate their community about the issue. Despite all of these efforts, all agree that an end to the violence is still far off.