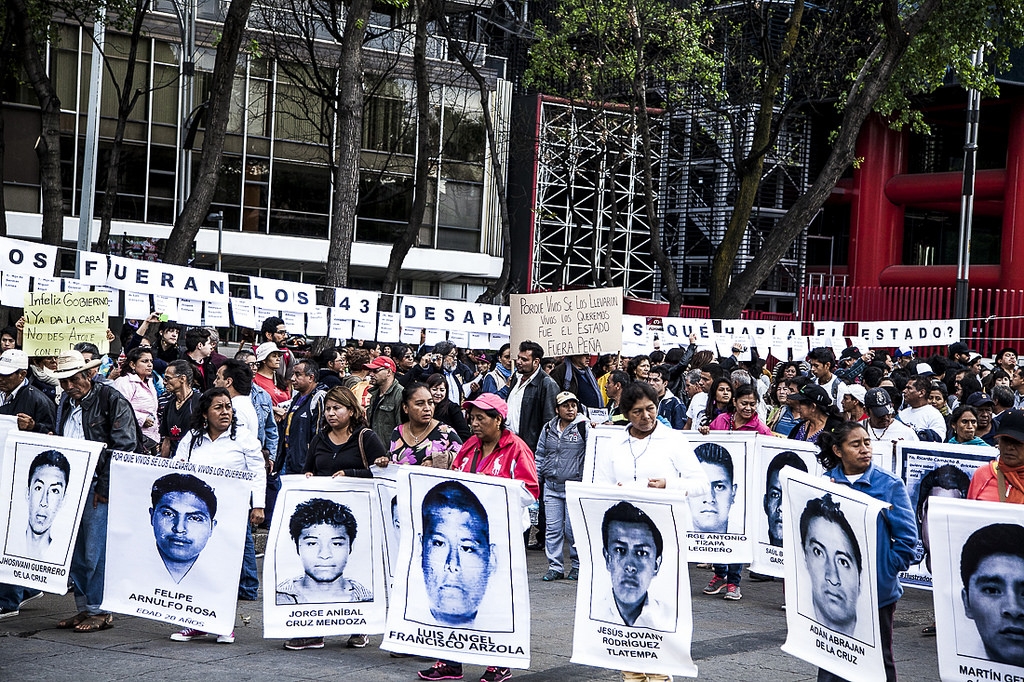 On September 3, 2015, the president of Guatemala resigned after being charged with fraud, illicit association and corruption.1 Less than a week later, in Mexico, the government account of what happened to 43 missing students was discredited, calling into question the integrity of everyone from Mexico’s military to the president himself.2 Neither of these things could have happened without a key element of the investigations: two external investigatory commissions, organized by the UN and the OAS respectively, which turned out reports negating the validity of the governments’ official accounts.

Corruption is nothing new in Central America. The authorities of the region have an infamous history of accepting bribes, deceiving the public, and covering up bad behavior with impunity. That’s why the world was so shocked when Guatemala’s most powerful were brought down this summer. The former vice president, Roxana Baldetti, resigned and was arrested in May. After months of fierce protests throughout Guatemala City and elsewhere calling for the resignation of President Pérez Molina, Congress voted unanimously that he be stripped of his immunity from prosecution. Like Baldetti, he is now behind bars.3 Baldetti, Pérez Molina and several members of the administration have been charged with taking millions of dollars in bribes in return for cutting taxes for large corporations.3,4

How was such an extensive scheme exposed in a nation that is ranked the 115th worst out of 175 countries on the corruption scale?5 The game-changer here, experts say, was the International Commission against Impunity in Guatemala. The CICIG was set up by the United Nations in 2006, and investigated the recent scandal as an independent international body.6 The fact that the investigation was conducted by foreign experts may have been the precise reason that it was so successful: With no vested interests in the country itself, the only thing that the independent investigators are concerned with is the truth. The same could be said of the Inter-American Commission on Human Rights in Mexico, where it investigated the famous case of the missing 43 and published a report refuting—some have gone as far as to say “damning”—the government’s official story.4

The September 2014 attack by police on the students of a teacher’s college in the small Mexican town of Ayotzinapa shocked and outraged the world. The students had commandeered buses to transport themselves and others to Mexico City, to attend a march commemorating the 1968 Tlatelolco student massacre. Such a practice—students stealing buses—was common, expected, even “traditional,” according to the IACHR report.2 It was on these five buses that the students were shot at, apparently by every police branch in the area. The motive for the attack is unknown, but many have wondered if the students had unwittingly stolen buses carrying drugs. A few students ran, hid in the nearby hills, and survived. The other 43 were never seen again.7

Four months after the mass disappearance, then-Attorney General of Mexico, Jesús Murillo Karam, declared it the “historical truth” that the students had been killed by members of a drug gang working with local police, and their bodies burned past the point of identification.8 This was when the IACHR stepped in, responding to families’ dissatisfaction with the government’s efforts. Their panel of experts interviewed survivors, family members, police, legal officials, and many of the 110 people who have already been detained in connection to the crime; they conducted forensic examinations of their own; they studied case files extensively. Finally, this September, they presented a report that decisively negated the government’s “historical truth.”9

For example, the government claimed that the fire which incinerated the bodies burned for 14 hours. The IACHR panel determined that a fire big enough to burn 43 bodies would have taken 60 hours—or over two days—to burn.9 This fire and its smoke would also have been visible for miles, but no such fire was spotted. The heat from the fire itself would have scorched everything near it, from the trees around the site to the gang members whom the government said had gotten close enough to the fire to add fuel to it.2 Essentially, as one member of the panel put it, “the students simply were not burned in that place.”10

On top of all these appalling forensic gaffes, the government recently admitted to basing a large part of its account off of coerced confessions. Four construction workers testified to being a part of the Guerreros Unidos drug gang and killing the 43 students only after the government tortured them.11 These and other gross blunders and inconsistencies—including missing or destroyed security footage and the utter exclusion of an entire busful of students from the official account—have caused the public to ask if and when Mexican officials will finally face charges of negligence, or even complicity, in the case.2,9,10

The IACHR, similarly to the CICIG in Guatemala, was hailed as the most important part of the case’s investigation. “Without this report,” said the Human Rights Watch director for the Americas, Jose Miguel Vivanco, “the full extent of the investigative failures would probably never have come to light, and the case of the 43 students would have remained closed. The country’s justice institutions need external scrutiny to avoid a repetition of this shameful performance.”9 The IACHR’s team will continue to work on the case for six more months or as long as it takes to pin down what really happened to the missing 43.2

Seeing the success that the external commissions had in Guatemala and Mexico, other Central American countries are calling for their own versions of these international panels. Honduras, where protesters have been demanding the resignation of the president in response to a $USD 200 million graft scandal, requested the Organization of American States’ support this September. The OAS responded by revealing plans to create Honduras’s own anti-corruption body, the Mission to Support the Fight against Corruption and Impunity in Honduras.12 El Salvador, which itself benefited back in 1993 from a UN commission investigating violations of human rights, has also called for an anti-corruption commission.12,13

On the one hand, it’s no wonder these international commissions are all the rage in Central America right now. As Arturo Alvarado, a former Honduran finance minister, put it, a foreign institution is necessary because “those who benefit from the status quo aren’t going to change things.” But Eric L. Olson of the Latin American Program at the Wilson Center says that bodies like the CICIG and the IACHR aren’t the solution to Central America’s corruption problem. Rather, an honest and adept attorney general’s office is the key. These countries deal with crime by “focusing on confrontations with criminal groups, prison and incarceration,” Olson says, “but they never deal with the underlying problem of corruption and weak state institutions, and that’s what’s really at the heart of it.”1