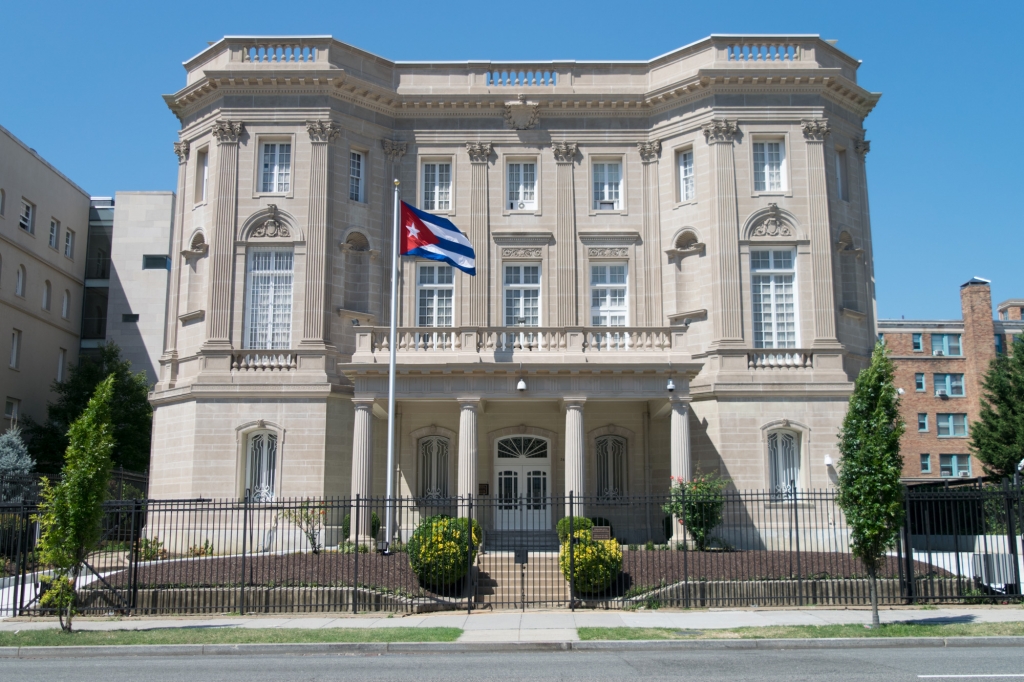 Over the course of the last year, a number of American Embassy personnel stationed in Havana has fallen victim to a series of symptoms thought to be the result of an attack per sonic device, toxin or virus.  As of the beginning of this October, as many as 22 employees and their spouses have experienced hearing loss, dizziness, balance and visual problems, headaches, and even cognitive issues, prompting an additional response from the White House (Harris, Hirschfeld Davis, Londoño 2017).

Earlier this month, the Trump administration embraced a move to issue a travel warning and reduce its staff in Cuba to 27 people, citing its concern regarding the safety of U.S. citizens as its motive for removing any nonessential personnel from the island (Harris, Hirschfeld Davis, Londoño 2017).  However, within a week the president had decided to amplify his initial strategy, expelling 15 members of Cuba’s diplomatic staff – over half of the agency - from the United States.  Although the State Department has held that it is not holding Cuba responsible for the attacks or attempting to break diplomatic ties, its course of action has sparked outrage among Cuban government officials and proponents of the open diplomacy advocated by former president Obama (Kelemen 2017).

An understaffed embassy will induce a frustrating interruption for travelers and business between the two countries as well as a legitimately dangerous lack of communication, especially given that Cuba’s operations are significantly less visible than those of the United States.  In addition, the warning could have a devastating effect on Cuba’s recovering tourism industry, as it may sway insurance companies to pull coverage for tour operators, hotels, and cruise lines despite there being any apparent risk for tourists or hotel employees (Harris & Goldman 2017).

Foreseeing the ramifications of Trump’s decision, the Cuban government deemed his actions “hasty, inappropriate and unthinking,” and reprehended the U.S. government for not reporting the problem to Cuban officials earlier or accepting and/or acknowledging the help extended to them (Harris, Hirschfeld Davis, Londoño 2017); earlier, in a surprisingly open act, the Cubans allowed the Federal Bureau of Investigation to enter the country to investigate the situation (which has also affected a Canadian diplomat) (Harris & Goldman 2017).  The Cuban government also offered a team of their own doctors and researchers to collaborate in finding the cause of the attacks, but were denied contact with the afflicted embassy members.  Those in Havana made it clear that the diplomatic dispute would further exacerbate relations between the two parties (Harris, Hirschfeld Davis, Londoño 2017).

The two nations’ quickly freezing ties could sabotage more than the progress of Cubans and Americans in recent years.  Looking further south, the U.S. depends upon this relationship if it hopes to retain any sort of footing with a number of its neighbors in the Western Hemisphere or voice its opinion regarding any policy issues.

Despite its size, Cuba has a powerful influence throughout Latin America, and many look to it as the region’s “ultimate revolutionary icon,” as the Woodrow Wilson International Center for Scholar’s Latin American Program director Cynthis Arnson told USA Today.  This unique profile has occasioned that every Latin American country has friendly relations with the island nation (Gomez, 2016).

Most recently, the importance of this reputation became quite clear with Cuba’s ability to aid in negotiating a peace deal, after five decades of fighting, with the FARC in Colombia.  Some argue that, as Cuba can provide a backdrop of state-run media in a private, removed setting, the country is perfect for future peace talks which would need to be kept classified (Gomez 2016).

One such necessary peace talk in which Cuba already plays a critical role concerns Venezuela.  In addition to providing the environment conducive to a forming a productive plan for Venezuela’s future, Cuba’s leverage with president Nicolas Maduro is crucial.

Cuba currently has over 40,000 Cuban doctors, teachers, intelligence, and security personnel stationed in Venezuela and holds Maduro’s absolute trust (Castañeda 2017).  In fact, among other top Venezuelan government officials, Maduro himself is protected by Cuban bodyguards (Aponte-Moreno & Lattig 2017).    In return for this manpower, Cuba receives cash and subsidized supplies of crude oil (Castañeda 2017).

Aware of this symbiotic relationship, Mexico sent its foreign minister to Caracas in August with hopes of convincing the country to pressure Venezuela into restoring democratic order, to no avail.  An official stated that Mexico perceived the situation to be futile without Cuba’s help.  This help may become even more elusive given the Trump administration’s most recent actions, as Cuba has always been indifferent at best towards plans backed by the U.S. to restore democracy to Venezuela (Stargardter 2017).

Cuba’s reluctance to adhere to a plan so supported by the United States will be fueled by more than pride, though.  Venezuela’s ability to support its closest ally as it has in the past is quickly diminishing, but it is still a reliable source of cash, however small.  Trump’s public denouncement of Cuba’s safety will work to dissuade United States and European businesses from investing in Cuba (Castañedad 2017).  Combined with the knowledge that the United States will not provide any sort of transitional assistance to wean the island off of its financial stream from Venezuela, Castro’s hand will be forced to cling even more tightly to its southern ally.