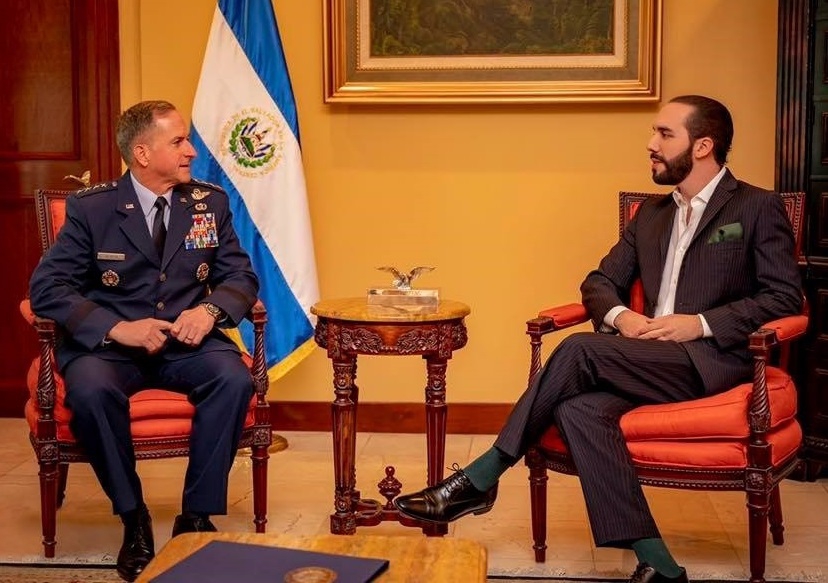 These centers also increase the likelihood of transmitting the virus. The chances of healthcare treatment are low in containment centers. Traveling for business, Carlos Henriquez Cortez contracted the virus and died as a result of the lack of preventative measures and treatment he received while contained (The Economist, 2020). In everyday life, Salvadorans must maintain a strict home quarantine or risk detainment. Citizens are allowed out of their home one to two times a week to purchase groceries.

The man behind these constrictive measures is El Salvador’s 38-year-old president, Nayib Bukele. The strict actions encouraged by Bukele have exhibited characteristics of authoritarianism. Salvadorans fear that Bukele may revert the country into an authoritarian regime—what the nation’s costly twelve-year Civil War fought to end (Kitroeff, 2020). Bukele has routinely resisted the orders of the Supreme Court to stop the detainment of those who break quarantine. Human rights organizations, other non-governmental organizations, and Salvadorans protest the nature of these strict measures, as they violate basic human rights (Aleman and Sherman, 2020).

Despite the repressive actions by President Bukele, more than 85 percent of Salvadorans approve of him (Kitroeff, 2020). These high approval ratings may reflect how Salvadorans may fear Bukele and the potential repercussions of expressing their disapproval of him. This fear is instilled through Bukele’s fear-mongering tactics that particularly influences the poor and other vulnerable populations. Nonetheless, these high approval ratings may give Bukele the impression that he is exempt from legal obligation or punishment (Duarte, 2020).

Bukele has also demonstrated authoritarian tendencies through his encouragement of police to use violence to combat the rise in gang-related crimes. On April 24, the murder rate in El Salvador jumped from an average of nine murders per day to more than 60 murders in four days (Aleman, 2020). Bukele blames gangs for the recent increase in the murder rate. On April 26, he tweeted, “the use of lethal force is authorized for self-defense or in defense of the lives of Salvadorans” (Bukele, 2020). Bukele has promoted the use of “lethal force” by the police to combat the gangs and the recent rise in the number of murders (The Economist, 2020). The authorization of violence and murder in an effort to reduce gang violence is frighteningly similar to war tactics.

Additionally, photos have been released that portray the extreme punishments being taken against imprisoned gang members. One photo depicts hundreds of imprisoned gang members stripped and forced into a demeaning position—piled up on top of each other. Bukele also tweeted that “The gangsters that committed those killings, we’re going to make them regret it for the rest of their lives” (Aleman and Sherman, 2020).

Within the prisons, Bukele demanded that members of different gangs be placed into the same cell. He tweeted that “They won’t be able to see outside the cell anymore” and that “This will keep them from communicating with signs in the hall. They will be inside, in the dark with their friends from the other gang” (Aleman, 2020). However, a representative from a prominent gang, the Barrio 18 Sureños, describes how the president’s actions will not reduce violence within the country, they will only lead to chaos (Aleman, 2020). Bukele is creating an atmosphere that is highly susceptible to bloodshed.

International actors and experts warn that the Bukele’s harsh actions could lead to gangs uniting against the government—potentially regressing El Salvador back into one of the deadliest countries in the world (Aleman, 2020). During the presidency of Mauricio Funes, El Salvador had 6,657 murders in 2015 (104 murders per 100,000 people)—making the nation one of the deadliest in the world. These rates came after the gangs’ truce collapsed. Alternatively, the gangs could unite and fight together against the police. Salvadoran criminologist and gang expert, Ricardo Sosa, states that the “gangsters will have to adapt, learn to live packed together, get along with their enemies” (Aleman, 2020). Sosa also describes how the gangs have learned from their mistakes in 2015.

As the presidency of Nayib Bukele continues, international actors will watch to see if the authoritarian actions of the Salvadoran president continue. Additionally, it will be essential to follow how the gangs respond to Bukele’s harsh measures in both the short- and long-term.