The Democratic Quality of Latin American Leaders: a Typology

Political leaders can make a difference. They can start a war, sign a peace treaty, promote democracy or establish authoritarianism. In fact, world history could be learned through the study of leaders. And yet political leadership has been of secondary importance in the political science literature. There are more studies about democracy than about democrats and without democrats there is no democracy. This has been especially the case in Latin American political studies so far. We welcome the fact that this is changing and there is more interest in analyzing leaders. Our research is a step on that new direction.

Recently there has been an increase in the number of studies about the quality of democracy. We argue that is also crucial to explore the democratic quality of our leaders. We emphasize that different types of leaders can have an impact on how well democracy works. Thus, we aim to highlight the need to combine studies on how good democracies are with the impact that leaders have on how well democracy works. This need becomes evident when we look at the gap between support for democracy and satisfaction. In 2013, the Latinobarómetro report (http://www.latinobarometro.org/documentos/LATBD_INFORME_LB_2013.pdf) showed that while 79 per cent of Latin Americans believed that democracy is the best form of government only 39 per cent were satisfied with democracy in their country. This difference between support and satisfaction has been named by Pippa Norris (2011) as democratic deficit which indicates a gap between citizen´s aspirations and level of satisfaction. The widening of the deficit promoted studies about the quality of democracy which aim to address the following questions: why are citizens dissatisfied? What are the weaknesses of democracy? How can we measure its quality? Why it does not deliver? Our main question is slightly different: can the democratic quality of Latin American leaders explain citizen´s dissatisfaction?

From 2009 we have been researching on these issues. Thanks to the generous support of the Foundation for Open Society Institute from Washington, DC, we conducted 285 interviews in Argentina, Colombia, Ecuador, Uruguay and Venezuela. We interviewed legislators, former presidents, former vice-presidents, incumbent vice-presidents and party leaders. Due to the word-limit, the article in the Bulletin of Latin American Research (BLAR) only compares Argentina, Ecuador and Uruguay. The full analysis of the five case studies is being published this November by Zed Books http://press.uchicago.edu/ucp/books/book/distributed/L/bo22553823.html. The BLAR article presents early findings and proposes a typology of leaders which has been comprehensively developed in the book.

In the article we analyze post-crisis scenarios in Argentina, Ecuador and Uruguay. Our objective is twofold. First, we show that domestic political conditions can explain the emergence of different types of leaders. Secondly, we offer a typology of leaders based on their democratic quality

Our three case studies dealt with the consequences of economic crisis differently. In 2001, Argentinean President Fernando De la Rúa was forced to resign due to his inability to rescue the economy from a deep and long recession. The slogan chanted in the streets was que se vayan todos (‘all must go’). Although the political crisis was resolved by the old political elite (the Peronist Party, created in 1945, and the Radical Party, formed in 1890) soon after the country moved from its traditional two-party system to one with a fragmented dominant party. The Peronist party had one leader who monopolize power at the top while many small leaders fight against each other to praise ‘the one and only’ so as eventually to succeed him/her. The majority of our respondents offered a clear diagnosis: 74 per cent opined that the main political problem resides in the combination of strong leaders with weak political parties. The interviews also reflected the key role that political clientelism plays in building and concentrating power. From our respondents´ point of view, political parties are extremely isolated from the power building process becoming mere electoral machines.

In Ecuador, economic instability and unpopular government decisions unleashed the collapse of the political party system. After the ‘dollarisation’ of the economy, President Jamil Mahuad was forced to resign in January 2000, leading to a period of political uncertainty that did not end when Lucio Gutiérrez won the 2002 general elections. Gutiérrez was dismissed in 2005 due to increasing social unrest. As in Argentina, the slogan was que se vayan todos. But in Ecuador this became a reality. The political party system collapsed and a deep renovation of the political elite took place. Former finance minister Rafael Correa won the 2006 presidential elections and assumed office in January 2007. He had a strong discourse against the so-called partidocracia (‘partyocracy’), a negative term used to describe old, traditional political parties. Correa and his PAIS movement were seen by 45 per cent of our respondents (including some from the opposition) as a fresh start in a politically-stagnated country. However, the renovation of the political elite did not break with old political practices: 90 per cent of our respondents argued that clientelism continues to be a strong political tool. Nevertheless, some changes were identified. First, Correa represented a unifying figure in a historically-divided country. Second, Correa has transformed clientelism by centralizing and institutionalizing it through the plan Bono de Desarrollo Humano (Human Development Bonus). Third, Correa’s attacks against political parties turned out to be very popular. He rejected political parties from the very beginning and this strategy has been so successful that now politicians are still cautious about mentioning the re-birth of political parties. Political parties’ reputations are so damaged that most interviewees prefer to regard their organizations as ‘movements’.

Our third case study, Uruguay, went through an economic crisis without jeopardizing its political system. The country’s economy, particularly its banking sector, was affected by Argentina’s financial crisis. Throughout 2001, many Argentines, trying to flee their country’s uncertainty, deposited money in Uruguay’s banks. However, the drastic measures taken in Argentina in December 2001 to overcome the crisis led to a lack of confidence in the banking sector and, in the first months of 2002, many deposits were withdrawn in Uruguay out of fear of similar decisions. This left some Uruguayan banks in a weak position. In July-August 2002, Uruguay’s banking system was under pressure and President Jorge Batlle, from the Colorado Party, decided to rescue some of the banks, leaving others to collapse. This increased uncertainty. Some looting and social unrest followed. However, Uruguay shows significant political differences: the streets were not packed with citizens shouting que se vayan todos; President Batlle finished his mandate; traditional parties did not collapse, but neither the National nor the Colorado Party won the 2004 presidential elections. For the first time since its creation in 1971, the Frente Amplio, a coalition of left-wing political parties, won the presidential elections and Tabaré Vázquez took office in March 2005.

We argue that some Latin American countries seem to have fallen into a political trap: weakly institutionalized regimes undermine political competition that in turn helps leaders increase their autonomy and the quality of democracy deteriorates. Leaders become autonomous and democracy becomes dependent on their actions.  This trap was described in many of the 180 interviews undertaken for this study: the logic behind it seems to be that concentration of power, despite its negative consequences, secures stability.

These political conditions can be related to the emergence of different types of leaders. We offer a new typology of democratic leaders which has been built through the analysis of the interviews. In order to articulate the typology, we have analyzed three elements: the political context, the ability of the leader to lead and the impact of the leader on the quality of democracy. We developed a typology which is based on three dimensions: the relationship between the leader and the rule of law; his efforts to achieve consensus or to provoke polarization and his methods to increase power. Our typology of democratic leaders is normative with an emphasis on the impact that leaders can have on democratic quality.

We have identified five different groups of leaders: democracy-enhancers, ambivalent-democrats, hybrids, soft-usurpers and power-usurpers. In general, the first group includes leaders who push for the building or reinforcement of democratic institutions, accept power limits imposed by state institutions, respect and promote democratic rights and civil liberties, and leave their posts on time. In turn, power-usurpers accumulate power by absorbing it from other state institutions, either by minimizing the role of the legislative or by undermining the independence of the judiciary. Power-usurpers are democratic leaders since they have been elected in free elections. However, while democratically-legitimate in origin, some end up manipulating constitutional or electoral instruments to increase personal power, thus worsening the quality of democracy. Power-usurpers believe that they are the only legitimate representatives of their people. Politics becomes embedded in his/her person. In Latin America, power-usurpers usually establish populism and clientelism as political instruments to retain power. They tend to aspire to perpetuate themselves in power. Hybrid leaders are those who neither usurp power in a systematic manner nor enhance democracy. Likewise, there are flexible usurpers who sporadically do accept power limitations and ambivalent democrats who can respect norms and institutions while at the same time concentrate power in their hands. We have confronted this typology with our post-crises scenarios. Our research suggests that the political context of Uruguay is more favorable for the emergence of democracy-enhancers, ambivalent democrats or hybrids. Argentina and Ecuador offer political scenarios that can provoke the emergence of power-usurpers or soft-usurpers. However, many of the leaders who could be considered power-usurpers are extremely popular and have been able to maintain themselves in power through fair elections. Power-usurpers have been able to build a political democracy that has legitimacy without transparency and accountability. Despite their popularity, we argue that power-usurpers are risky and are incompatible with the strengthening of democracy. 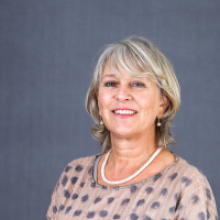