The Defensoria del Pueblo and Human Rights Protections in the Americas 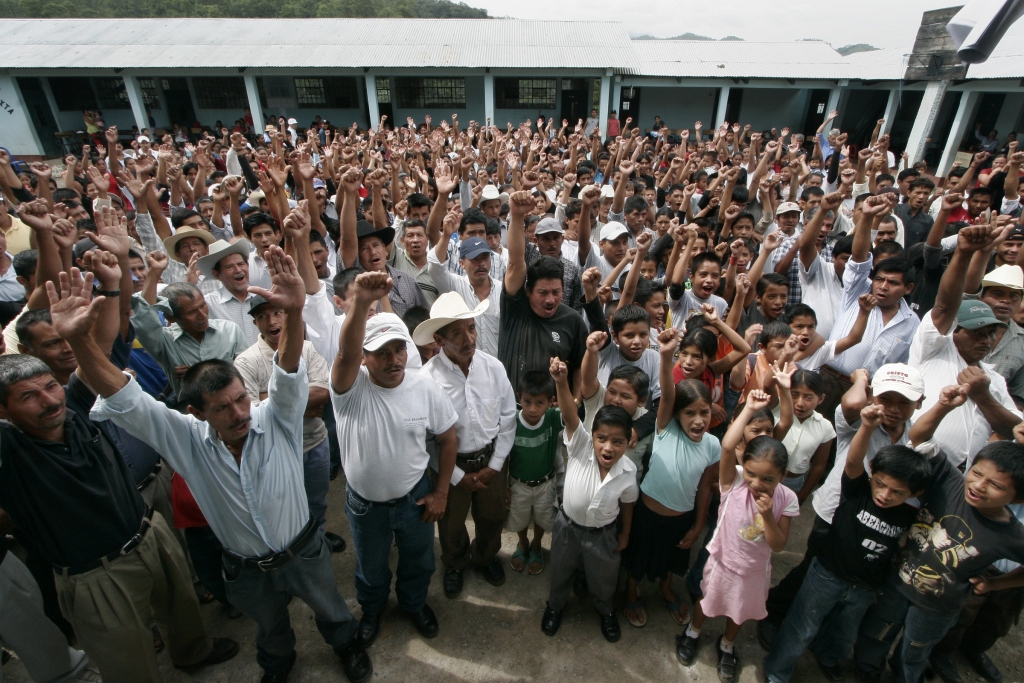 Democracies across the Americas have seen the proliferation and expansion of democratic institutions for decades.  Along with anti-corruption offices and new courts, at least sixteen states across the Americas have adopted Human Rights Ombudsman agencies since 1985.  While they go by a variety of names (e.g. Defensoría del Pueblo, Procuraduría de Derechos Humanos, or Comisión Nacional de Derechos Humanos), these agencies share several key features.  For one, they operate as public advocates, championing the rights of citizens when they are infringed upon by the state.  Second, they are permanent features of the political landscape, not temporary or ad-hoc agencies.  Third, they are required to conduct oversight and investigations publicly.  Across the Americas, these agencies are further charged with upholding the twin mandates of government accountability and human rights promotion without the ability to levy sanctions against wrongdoers. This broad mandate stems from international covenants and treaties, including the 1948 Universal Declaration of Human Rights and the UN’s International Covenant on Economic, Social, and Cultural Rights [ICESR] that have served as part of the legal underpinning for these hybrid ombudsmen across the Americas.

Although the Defensoria is an institution that owes its existence to accountability agencies created in Europe in the nineteenth century, it currently represents efforts to bolster public confidence in consolidating democracies. This is hardly a trivial challenge given the sheer complexity of social, political, and economic issues that the region faces.  As a recently discussed in Latin American Politics and Society, if democratic institutions matter for a range of quality of life issues across the world, it stands to reason that an institution built specifically to protect and expand human rights protections should matter too.  In this context, I conducted an examination of the agency’s contributions to human rights, including the protection of personal integrity (or protection from violence) and social and economic rights (e.g. access to food, housing, education, healthcare, and decent work) from 1982-2011.

While it might seem that a non-sanctioning agency like the Defensoria del Pueblo would contribute little to improving citizen well being there are several reasons why we could expect this agency to have a positive impact. Here, it helps to think of this agency as part of a broader “web of accountability” through which the posited outcomes, accountability and human rights protections, are a function of a multistage process that includes myriad actors conducting oversight, investigation, and sanctions. These stages are, of course, likely to draw out different actors from their respective accountability agencies to carry out the task at hand. Although the Defensoria is one of several agencies that conducts oversight it is the only one that acts as public advocate and maintains close ties with the citizenry; so the agency’s strength is its investigative powers and its link to society.

By acting as a public advocate, the Defensoria can perform a “fire alarm” function to “shame” government officials into providing redress. For instance, high compliance rates for the Bolivian Ombudsman (Defensoria del Pueblo Boliviano) have been attributed to the practice of publishing the names of noncompliant individuals and government agencies in its yearly reports and in the national media. In this respect, the ombudsman functions in a manner much like the “fourth estate,” the media.

The Defensoria has two other tools that work to promote and expand human rights: access to the legislative process and alternative dispute resolution mechanisms.  There are myriad examples where the Defensoria has provided legal analysis, drafted legislation, or vetted policies for their ability to protect human rights. Here, ombudsmen serve as expert advisers to the region’s legislative bodies, often working with multiple agencies to coordinate on the creation of new legal mechanisms or remedies that are consistent with international covenants and accords. The high levels of salience and technical expertise stored in the human rights ombudsman’s office make it a relevant player even without the need to employ sanctioning mechanisms.

The Defensoria is also empowered by international norms and domestic law to use alternative dispute resolution mechanisms (ADR), including negotiation and mediation.  ADR mechanisms may prove more effective where the legal system is viewed as corrupt, costly, or time-insensitive—as is the case throughout Latin America. Even where the outcomes are less than ideal, citizen participation in a mediated solution allows all players to “buy into” the process and increases the likelihood that the result is seen as legitimate. ADR remedies can alter standard operating procedure for government actors and encourage the rule of law, especially with respect to human rights, because public servants and agencies could be singled out and required to make amends through mediated or negotiated agreements.  Here, the use of alternative dispute resolution mechanisms to help victims participate in creating justice introduces a novel means of addressing rights violations.

The analysis I conducted in the study published by Latin American Politics and Society first addressed the protection of personal integrity rights, by employing measures from the Political Terror Scale (cite), which used reports from Amnesty International, the US State Department and Human Rights Watch to produce an index that captured the likelihood that a citizen would experience threats of violence.  Here, high scores on the political terror scale suggested that citizens do not live under the rule of law; the use of terror was widespread, along with political imprisonment, unlimited detention, and political murder.  A statistical analysis of sixteen states in the region between 1982 and 2011 found that while the mere presence of a Defensor was not enough to translate to improvements in the protection of personal integrity rights, the manner in which the agencies were built did have an impact on the spread of political terror across the Americas.  Specifically, the probability of experiencing fewer personal integrity violations is reduced by 2.7% when the appointment process for the Defensoria is dominated by elected officials, compared to 20% when the appointment process includes members of civil society. In other words, where the Defensor owed its position to elected officials and—by extension—was less independent of elected actors the protection of personal integrity rights was lower than those instances where the Defensor owed her appointment to a wide range of actors and was less beholden to the elected officials.  Since there are several instances in the Americas where the Defensor is selected with the consultation of professional organizations, members of civil society, and unelected members of the state we could expect the agency to act with greater discretion to improve human rights provisions.  In contrast, when appointees are beholden to elected officials they may find it difficult to use their moral authority to shame the government into protecting personal integrity rights.  Furthermore, when the Defensor is beholden to elected officials she may find herself unable to focus on human rights protections since it may only embarrass the administration that appointed her.

Social and economic rights were measured using the Social and Economic Rights Fulfillment Index, which measures the extent to which states made progress on their potential to achieve human rights with a focus on access to food, education, healthcare, housing and decent work.  Here, higher scores indicated that a state has improved its progressive realization of economic and social rights to the maximum of available resources.  So, unlike other indicators like infant mortality or educational attainment, these measures capture the extent to which the state is making good on its promise to live up to human rights norms shared across the world.  When taken as a whole, the presence of a Defensor led to a ten-point (10.34) increase in the progressive realization of the combination of social and economic measures on a scale of 0 to 100.  When the measures were disaggregated, the study found that the presence of a Defensor is enough to produce small but positive increases in the progressive realization of access to education, health, and housing by 1.07, 1.03, and 1.13 points respectively.  So, in contrast to the findings for personal integrity protections, the mere presence of a Defensoria was associated with overall improvements in social and economic rights.  The analysis also suggested that the design of the Defensoria, including measures of formal independence from elected officials like appointment rules, tenure lengths and funding rules, the results were mixed.  Here, independence of the agency was associated with a small (1.007) increase in the progressive realization of access to healthcare.  Once the index was disaggregated, the analysis found that the presence of international donors was the largest contributing factor in determining improvements in access to healthcare.  Since many of the donors that contributed to Defensorias across the Americas have interests in expanding health outcomes for women and children, as is the case for UNESCO, Save the Children, and the UNDP (United Nations Development Program), this finding suggests that their efforts have produced some tangible results across the region.

Although the findings for social and economic rights are mixed there is no doubt that the Defensoria del Pueblo has had an impact across the region. There is a tension that arises from the creation of an agency that is expected to act as an independent public advocate and simultaneously dependent, in varying degrees, upon elected officials, either as a result of appointment, funding, or tenure rules.  To address this particular tension, the study examined the possibility that the variations in formal independence of the region’s Defensorias are simply a reflection of their elected branches, which are responsible in many ways for their existence.  Using a two stage selection (Heckman) model, the analysis indicated that when the president’s party does not control the legislature, the Defensor is less constrained by the fear of being replaced, since her tenure will not overlap the tenure of elected officials, which helps the agency act more independently and results in improvements in the realization of access to housing.  However, there is no support for the notion that the Defensoria’s independence and effectiveness on other human rights measures is a function of the political (or partisan) context it inhabits.

The creation of human rights ombudsman offices across the Americas is a trend that speaks to the concern for deepening democratic norms through the creation of institutions.  These hybrid agencies are tasked with ensuring democratic accountability and upholding human rights norms in their respective states.  While there are serious challenges facing these agencies, this study suggests that they are having some, albeit mixed, success in promoting human rights norms across the Americas. These findings, however, prompt more questions about this agency’s independence and effectiveness across the world on a range of human rights measures.  But, for now, it is fair to say that the region’s Defensorias are not trivial players and their actions are having some measurable impact on human rights. 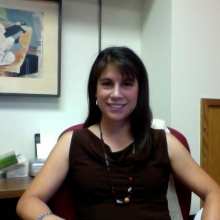 Erika Moreno
Erika Moreno’s current research has focused on democratic institutions across the Americas, from political parties, to inter-branch relations. Her recent interests revolve around the role of the Defensoria del Pueblo, the public, and other governmental institutions, including the legislature and judiciary. She is an Associate Professor of Political Science and International Relations at Creighton University.