DACA: Advocacy and Response at UPitt 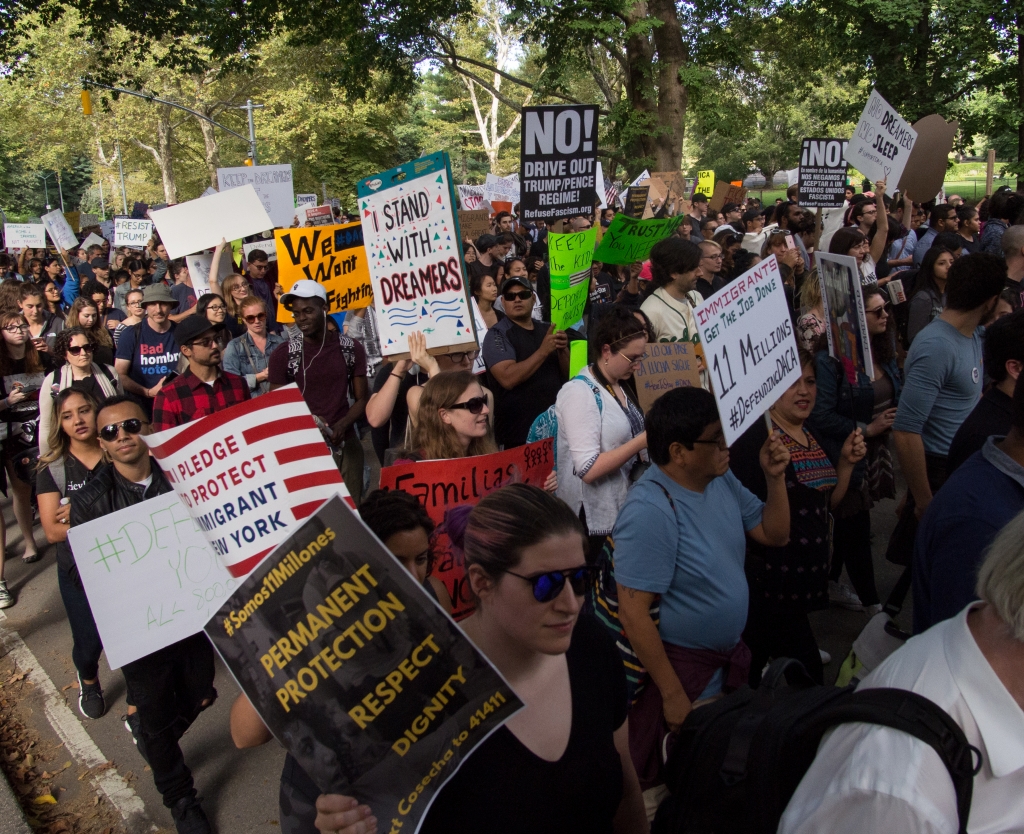 Deferred Action for Childhood Arrivals, or DACA, began in June 2012 under the Obama Administration. The policy allowed for some individuals who had entered the country as minors to receive deferred action from deportation and work permits. When the program was first established, over 800,000 individuals applied, although it is estimated that up to 1.7 million may be eligible.
On September 5th of last year, Attorney General Jeff Sessions, with the support of the President, moved to rescind DACA, which will terminate the legal status of the 800,000 DACA recipients, or Dreamers, terminate their protected status, and end work authorization. The final expiration date to end the program is March 6th, 2018. As of September, all new applications to DACA were denied, and no current DACA recipients are currently able to renew their status. It is estimated that each day 122 Dreamers lose DACA and therefore permission to legally work and reside in the United States.
Sessions defended the move by calling for Congress to create legislative solutions for DACA recipients. To date, three bills have been proposed but not passed. Those bills include BRIDGE, DREAM, and RAC. Although it is a bi-partisan issue, enjoying support from both sides of the aisle, and from 75% of Americans, a legislative solution has yet to be reached.
Of the 800,000 Dreamers, 41% are enrolled in college, and a further 9% are enrolled in graduate school. The Migration Policy Institute estimates that of those recipients that are currently in school, one out of three students also works.
In Pennsylvania, it is estimated that over 6,000 individuals have DACA. Many Pennsylvanian universities have come out in support of DACA students. The University of Pennsylvania announced in November of 2016 that it would become a sanctuary campus, thereby barring ICE, U.S. Citizenship and Immigration Services, or Border Protection on Penn grounds unless those agencies arrived with warrants. In Pittsburgh, several universities, including the University of Pittsburgh, have issued statements of support to DACA students and specific commitments to maintain this support.
On January 30th, the University of Pittsburgh’s Human Rights Working Group, in association with Pittsburgh Human Rights City Alliance released an open letter to University of Pittsburgh Chancellor Patrick Gallagher urging him to defend the human rights of DACA recipients through specific action. The Human Rights Working Group, an initiative to “strengthen working relationships between the University of Pittsburgh and community leaders working to address a variety of human rights concerns” in the region, has support from the University of Pittsburgh's Research in Diversity Initiative of the Office of the Provost and the University Research Council. The group called for a responsible action plan and public statement of support for students, employees and residents of Pitt that were affected by the termination of DACA, including standing with the Pittsburgh Public School System which last year declared itself a sanctuary campus.
The Chancellor responded two weeks later on February 9th thanking the Human Rights Working Group for advocating on behalf of students facing a precarious future after Sessions rescinded of DACA. The letter went on to outline the steps Pitt has taken since September 5th to provide support for students with DACA. Along with other universities across the United States, the University of Pittsburgh has publicly condemned the ending of the program and has expanded efforts in the Pitt Federal Affairs team to petition the Pennsylvania Congressional Delegation and Congress to find adequate and permanent legislative solutions to the gap in the U.S. immigration policy in which DACA recipients fall.
Although the University of Pittsburgh has yet to declare itself a sanctuary campus, the work being done on behalf of the Chancellor and the Human Rights Working Group, as well as OTHER student run organizations, has opened a discourse and raised public consciousness on the imperative of maintaining human rights for students, employees and residents at the University of Pittsburgh and its surrounding communities.
The Human Rights Working Group letter to Chancellor Gallagher and his response can be found here: http://www.utimes.pitt.edu/?p=47606