The Current Escalation of U.S.-Venezuela Relations 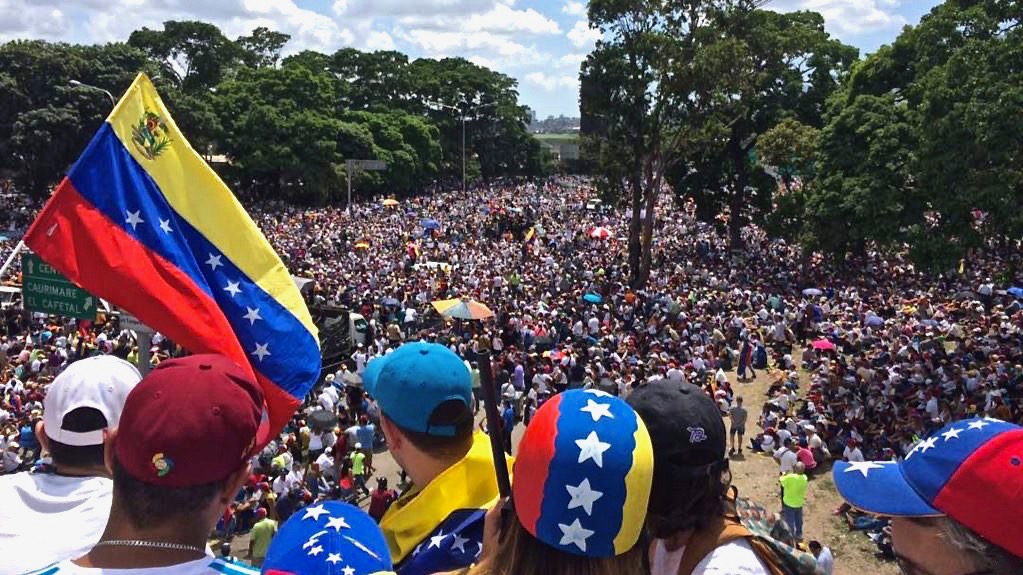 The United States has had a longstanding tumultuous relationship with Nicolás Maduro, the acting President of Venezuela. Maduro has been President since 2013, but Juan Guaidó, an opposing politician, has proclaimed himself as Venezuela’s interim president, threatening Maduro’s power. Venezuela is suffering from an economic crisis that has left a large amount of people without food and resources to cover their basic needs. Maduro took office after the death of Hugo Chávez, whose economic policies and over-reliance on one commodity, oil, caused the economic downfall. Maduro’s role in trying to stabilize the economy, has resulted in the mismanagement of the economy and the suppression of opposers. The U.S. government has continued to question Maduro’s position, recognizing Guaidó as the current president (Reuters 2019). In the latest events, the U.S. has charged Maduro with “narco-terrorism” and has stepped up efforts to oust him from power.

The United States sour relationship with Venezuela began with the election of Hugo Chávez in 1999. Chávez’s presidential campaign denounced foreign influence, including that of the U.S. that he believed was taking advantage of Venezuela, a then oil-rich nation (Macias 2019). The nationalist, anti-imperialist rhetoric of Hugo Chávez came after oil prices plummeted in the 1980’s causing high rates of inflation. During his presidency, Chávez allied Venezuela economically with Cuba and accused the U.S. of an attempted coup in 2002 (Macias 2019). After Chávez’s death, tensions only worsened, particularly after Maduro stripped the Venezuelan legislature of its power, which the U.S. saw as a characteristic of a dictator (López 2014). After another economic downfall in 2014 where international oil prices continued to fall, Maduro turned to Russia, another U.S. opponent. In the meantime, the U.S. has continued to try and exert its influence by imposing economic sanctions on Venezuela, hurting the people even more. In August 2019, Trump signed an executive order that freezes Venezuelan government assets in the U.S. and bars transactions with Venezuela (BBC World 2019). According to BBC World, “The move is the latest aimed at increasing pressure on President Nicolás Maduro to step down” (BBC World 2019).

Trump has again ramped up efforts to attack Maduro and his administration, by charging him with “narco-terrorism” (BBC World 2020). The charge accuses Venezuela of “flooding the US with cocaine and using drugs as a weapon to undermine the health of Americans'' (BBC World 2020). The charge is related to a narco-terrorism and international cocaine trafficking conspiracy, that Trump accuses Maduro led. The charge is a monumental escalation of anti-Maduro efforts by Trump and comes at a time when most of the world is focusing on preparing for COVID-19, the virus that has affected and killed many. According to The New York Times, “The State Department announced a $15 million reward for information leading to the arrest of Mr. Maduro, who has led Venezuela’s economy into shambles and prompted an exodus of millions of people'' (Benner 2020). Maduro was charged along with other politicians of the Venezuelan government and from the Revolutionary Armed Forces of Colombia (FARC). This action further delegitimizes Maduro’s position as President and adds animosity at an already stressful time. The steps taken by the United States prompts the question; is it just to post a reward for evidence to get another president arrested? The $15 million reward acts as another way that the U.S. is interfering in the domestic politics of a foreign country. If the U.S. is doing this in the name of democracy, it could promote and advocate for a new presidential election in Venezuela in 2022, instead of trying to oust Maduro from power. Aside from the political conflict between the U.S. and Venezuela, by charging Maduro and other Venezuealan officials with narco-terrorism, the U.S. is placing blame on Venezuela, as it has on other South American countries, for the presence of drugs in the U.S. without aiding its own citizens that are suffering from drug addiction with cheap, accessible rehabilitative services.

Days after charging Maduro with narco-terrorism, the U.S. offered to lift economic sanctions on Venezuela in response to the agreement of a “power-sharing deal” (BBC World 2020). The economic sanctions the U.S. has placed on Venezuela has perpetuated the already resource-scarce country that has been known to have food shortages in recent years. The U.S. proposal aims to set up a democratic transition framework that would include a transitional council and future elections within the year. Neither Maduro nor the oppositionist leader Juan Guaidó would have a place on the transitional council, likely as a way to prevent rooted polarization (BBC World 2020). According to the Washington Post, the agreement, “amounts to a power-sharing arrangement that would guarantee Maduro’s socialists — if not Maduro himself — a seat at the table of a transitional government” (Faiola 2020). Giving the socialists representation in the transitional government, is a common method when transitioning from a dictatorship to democracy that satisfies the generally leaving party. The proposal comes at a time where the economic sanctions have been particularly detrimental, during the coronavirus pandemic. In the context of COVID-19, resources and daily necessities are even more critical, in order to prevent the spread of the virus and provide health services to those who are suffering from it. Maduro’s administration rejected the proposal and referenced that it was the U.S. that needed to step aside, by lifting economic sanctions and respecting Venezuelan sovereignty (Faiola 2020).

After the proposed deal was denied by Maduro’s government, the U.S. has continued with its fight against narco-terrorism. In the latest move, the U.S. has said it is sending warships to the Caribbean in order to stop the transfer of drugs into the U.S. On Wednesday, April 1st, 2020, U.S. President Donald Trump announced the deployment of these ships at the White House. He states, "Today, the United States is launching enhanced counter-narcotics operations in the Western Hemisphere to protect the American people from the deadly scourge of illegal narcotics," (BBC World 2020). The U.S. action aims to stop narco-terrorism by increasing surveillance, interupting drug shipments, and providing support to eradication efforts. The efforts described mirror the efforts of the Andean Strategy of 1989 that spent copious amounts of money to decrease cocaine in the U.S. However, some of these methods have been accused of being ineffective, particularly focusing on the interdiction of drug shipments. The Venezuelan government has responded stating that Trump’s recent actions are a distraction from the current COVID-19 pandemic the world is facing and that Venezuela will continue protecting its citizens during this time (BBC World 2020).

Venezuela’s response does trigger the question, why now? With plenty of national constraints and problems in facing COVID-19, why has the U.S. chosen now to vastly increase measures to oust Maduro? Donald Trump has received plenty of criticism that the U.S. government isn’t responding fast enough to the Coronavirus pandemic and that more needs to be done to adequately prepare U.S. hospitals for the increasing number of patients they will receive. Not only this, but the government also has to figure out how it is going to help the millions of Americans that have lost their jobs and applied for unemployment. The current global atmosphere of fear has acted as a call for action from our leaders; it does not seem like an appropriate time for Trump to begin to tackle the years of political turmoil between the U.S. and Venezuela. If the U.S. is doing this for the Venezuelan people, Trump should consider lifting previous economic sanctions anyway, so that these people can access resources during this pandemic, and consider proposing the democratic transition after the pandemic has ended. In all, the recent escalation towards Venezuela may have the purpose of aiding the Venezuelan people, but it comes at a time where it may hurt more people than help.