Cultural and Political Factors in the Development of the Nonprofit Sector in the US and L. America 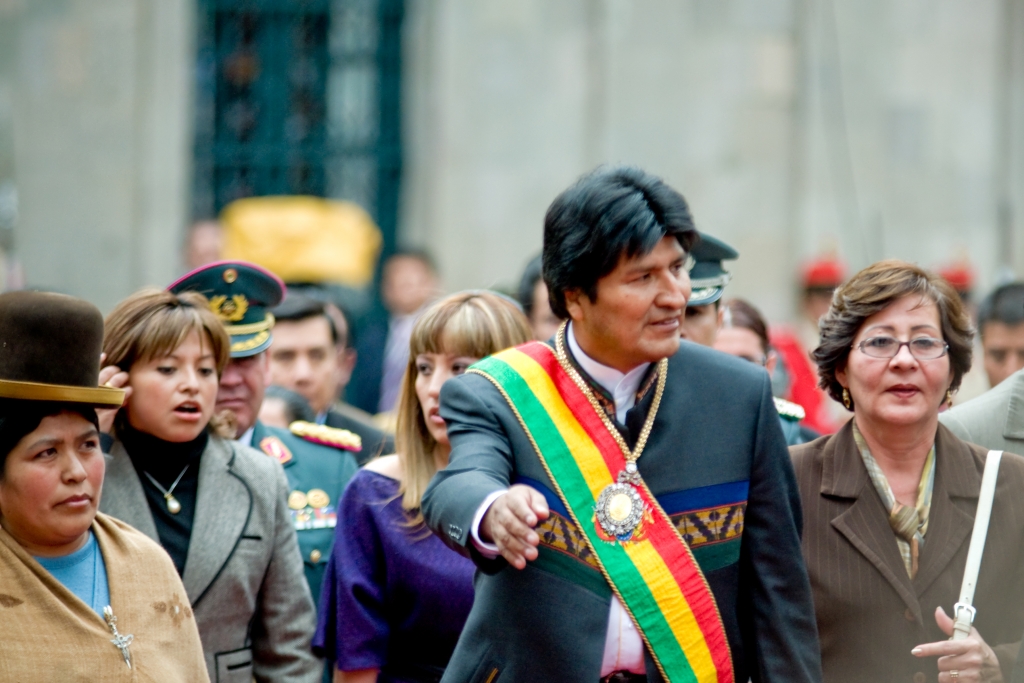 Non-governmental organizations (NGOs) proliferated due to the inability of governments to provide solutions to problems such as extreme poverty, shortage of health systems and education, lack of basic services, and the bureaucracy of state institutions. The development of these organizations began in various regions, including Latin America. However, cultural and political factors of Latin American societies have determined a path for the development of these organizations, a path that is markedly different from that in the United States. Volunteerism and professionalism are the forces driving the nonprofit sector, but the role of these forces in the Latin American nonprofit sector have been developed in different ways and at different paces. This article will focus on exploring the features of the nonprofit sector of the United States and Latin America. Understanding these features can help us implement social projects more efficiently and at the same time, those in the United States can learn a new perspective of providing social services.

Our civil societies, far from being aggregates of individuals guided by free choice and utility, are deeply heterogeneous. Beyond social constructs, this heterogeneity is projected on economics ("family"-based companies on economic networks, corporations, and others) and politics (ethnically based political movements or religious, ideological or programmatic parties, parties heritage, etc.). This means that the boundaries between the various fields (private/public, social/political), are tenuous, causing confusion to outside observers and multiple dilemmas for those living in the Latin America maze.

During the ’60s, non-governmental organizations developed a framework to take into account processes of democratization and institutionalization of human rights, expansion of civil societies, and strengthening a new way of organizations and institutions. Countries with the biggest economies in Latin America initiated processes of industrialization; these changes resulted in the expanding gap between the poor and rich, causing disadvantaged people to claim for human rights, land, and wages. These groups began to look for better opportunities migrating from rural to urban areas, but industrialization worked as a barrier to participate in markets as consumers and sellers. This caused the development of informal markets that became an important component of the economy in countries such as Bolivia. In the ’70s, 13 Latin American countries had military dictatorships, and thus societies began to demand the breakdown of dependencies and oppression through the opposition to the traditional political context. Many authors considered this revolution a failure of the program Alliance for Progress, which was a new mode of development that began in the United States in order to establish economic cooperation between Latin America and to promote freedom and hope. However, this program only slightly improved public relations and had limited economic advances.

The precariousness of the political systems made room for socio-cultural and public space outside of the state level, thereby accelerating the development of several nongovernmental organizations. The Catholic Church played an important role through its commitment to the poorest and most disadvantaged sectors of societies. Several non-governmental organizations had a philanthropic and paternalistic image, while some others were critical toward political oppression.

During the ’80s, NGOs continued growing, covering a wide range of areas: agricultural development, human rights, education, environment, health, and scientific research. In 1980, NGOs were responsible for social policies, together with international cooperation focusing on areas of extreme poverty, environment, health and education. In many cases, these organizations were assuming functions that the state had neglected, and democracy brought stages of collaboration between NGOs and the governments to fulfill different roles. The purpose was to develop activities to strengthen weak areas in disadvantaged communities, while civil societies claimed for autonomy and independency of political parties.

In the case of Bolivia, the Law of Popular Participation (1994) marked overcoming a seemingly impossible gap: to make an open economy that is not against a fairer redistribution of income and an essential concept of democracy, citizens’ participation to choose their destination. Even though this law helped to criticize imposed policies and create a fairer distribution of resources for the disadvantaged, it ended up legitimizing the neoliberal model and joining the pragmatic proposals of “help” for poor people. Authorities responsible for the implementation of this law misrepresented popular organizations (cooperatives, unions, and indigenous organizations) that were supported at the beginning of the process.1

“At the end of the eighties, three activities seemed to master the act of NGOD[1] in the country; the education and communication aimed at forming a critical and emancipated conscience, health in order to contribute to overcome various health problems, and production to raise and improve income.”2 In the nineties, traditional areas of action remained the same, but the institutional strength gained national relevance, which allowed NGOs to be respected and valued in many sectors of the population.

Over time, the forms of direct funding from multilateral organizations like the Inter-American Development Bank replaced the idea of solidarity cooperation, and social aid projects began to aim at pleasing the relationship with funders, causing NGOs to be seen as implementers of projects and not as bodies that promote innovative development projects according to the needs of the most vulnerable populations. Criticism rose from popular organizations that argued that NGOs were reluctant to lose control of resources or projects and to be excluded from positions of power. NGOs were said to be representatives of popular sectors without any right. People in general began to ask NGOs to be accountable to the society that they were serving. At times, NGOs were accused of organizing community protests against the governments.

Today, the relationship between NGOs and the government of the Plurinational State of Bolivia is weak and needs to be restored.  The total number of active Bolivian NGOs in 2010 was estimated at 604, of which 77% are registered in the National Register of NGOs (RUN).3 The purposes of these organizations are diverse, but sometimes confusing. There are those that stem from a genuine interest in improving the lives of impoverished communities, and those that seem to function as instruments of personal or partisan political agendas. At least, this was what happened with the expulsion from Bolivia in December 2013 of IBIS, a Danish nonprofit organization accused of conspiring against the government of Evo Morales. This action was allowed by the Law of Granting of Juridical Personality (Act 351), which according to the Minister of Autonomy Claudia Peña, has the objective to regulate functions of these organizations and reform their operations in the country in order to avoid irregular situations.45 The Bolivian government said it decided against the Danish NGO under the same principle used to expel the US aid agency USAID (United States Agency for International development) in May of the same year.7

On the other hand, in his article "Regarding the expulsion of IBIS: NGOs at the Crossroads", journalist Alfonso Gumucio states that the expulsion of IBIS was unfair and was the result of a misunderstanding. “The government is on the defensive, just as happened with NGOs in times of dictatorship. The regime does not admit criticism, admits no dissent, allows no political and cultural pluralism because it implies it weakens their control over social movements.”6

In the United States the nonprofit sector has a completely different context. In the history of these organizations, confusion exists due to unclear classification and definition of public and private nonprofit organizations concerning their roles to provide public services. This is why the Revenues Internal Code classified nonprofit organizations from 501(c)(3), which are charitable tax-exempt, to a more inclusive group of 501(c)(4) civic organizations, which are exempt from taxation but do not allow deductibility of donations. There are still some organizations that are not clearly defined in this classification, but overall nonprofits have stability as long as they have well-defined purposes and explain the way they want to provide services in different communities. Some organizations are better-off making profits that will be invested in a specific purpose to benefit their target population, while others determine that the best way to generate revenue is to receive donations from different sources without profits.

There are two key factors that strengthen the nonprofit sector in the United States: volunteerism and professionalism. In different states the private sector was discouraged; tasks of education, health, and care for the disabled were carried out by public agencies. However, this provision did not prevent private donations, volunteer companies, and philanthropic organizations from participating in these sectors. Over time, donating time and money became part of the American culture. There are many nonprofit organizations with few staff members, but thousand of volunteers who contribute to their mission. According to 2013 national data from the Corporation for National and Community Service, 62.6 million Americans volunteered in 2013––about 2 million fewer than the number of volunteers in 2012. Volunteers in 2013 contributed 7.7 billion hours of services, accounting for an estimated value of $173 billion.8

Professionalism is another significant force shaping and enhancing the nonprofit sector. Even though the majority of nonprofits began from someone else’s passion of helping disadvantaged communities, the nonprofit sector demanded not only committed people, but also professional people who can provide the knowledge necessary to design strategies that ensure the effective implementation of programs and accountability to the intended beneficiaries. In this sense, universities and colleges began to provide professional values, knowledge, and experience necessary for nonprofits to compete and maintain their position in the communities they serve. Professionals in this sector have full-time careers and expertise in the charitable work nationally and internationally. Nonprofit organizations need to compete with each other to provide their services in the best way that they can, which is why they need a strategic plan.

It is important to understand the difference in the history and current situation of the nonprofit sector in the United States and Latin America, especially in countries like Bolivia where some nonprofit organizations have lost confidence in the serving communities and the government is taking actions to control of them. By understanding this situation, nonprofits can better design and implement programs and projects to benefit Bolivian society. It is imperative to build a relationship with different levels of the government so that they can coordinate activities, and protect and provide services to the disadvantaged communities. In addition, they need to understand that the country is in the process of change that aims at empowering communities to increase and enhance domestic production.

8. Volunteering and Civil Engagement in the United States, National Data from Corporation for National and Community Service, 2013, <http://www.volunteeringinamerica.gov/national> 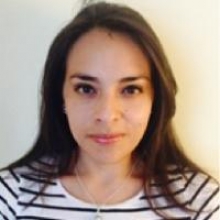 Alexis Vargas
Alexis Vargas is from Bolivia. She is candidate for a Master’s in Public Administration majoring in Policy Research and Analysis. She studied Business Administration at the Military School of Engineering in Bolivia. She worked for the Government of Bolivia., at the Ministry of Education of Bolivia and at the Ministry of Culture. She found Harmony of the Andes which is a startup nonprofit organization to be based in the United States developing health education programs for street children in Bolivia. She is an part-time instructor at the University of Pittsburgh