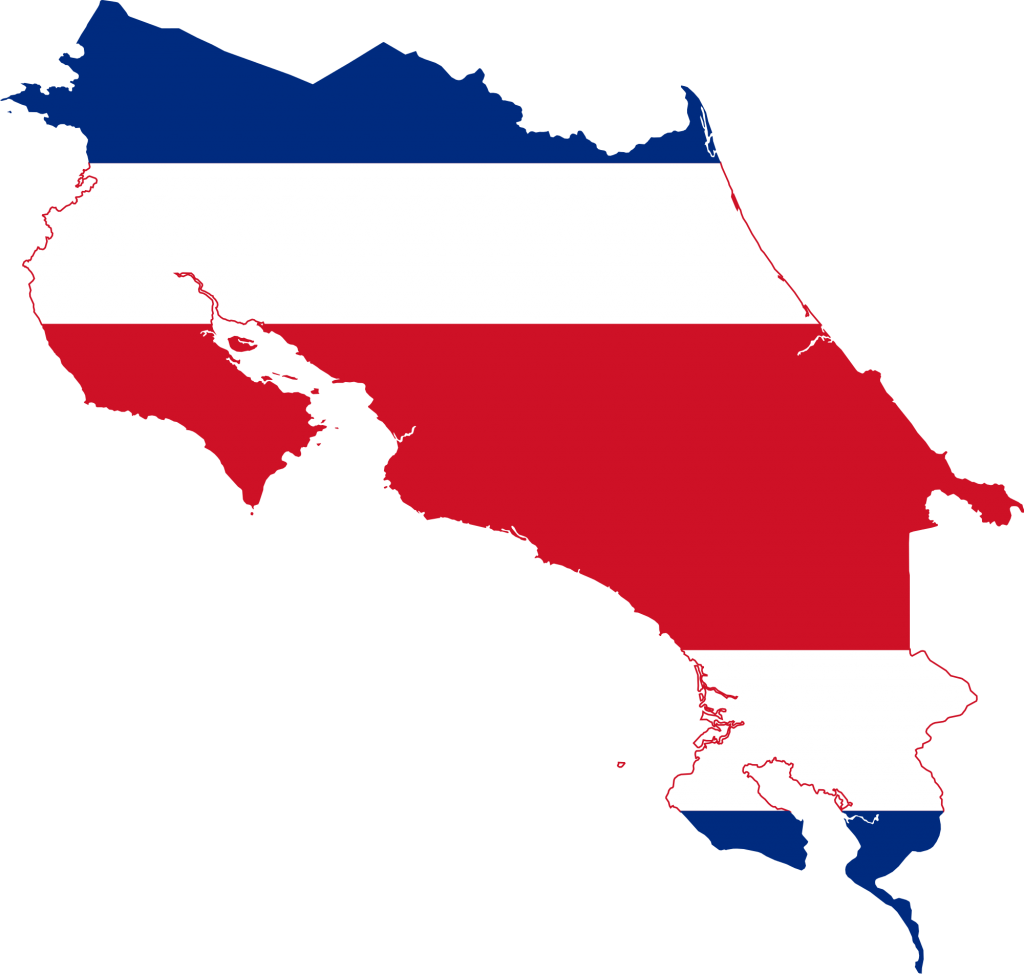 The Costa Rican presidential elections are quickly approaching, scheduled to be held on February 4th, 2018. The candidate who receives over 40% of the vote will serve as Costa Rica’s next president from 2018 until 2022. If no candidate receives more than 40% of the vote, a runoff will be held between the two top candidates. Despite the rapid approach of these elections, Costa Ricans are torn between the candidates as a recent scandal has stirred uncertainty in voters. There are thirteen candidates currently running for the office of Presidency in Costa Rica, Mario Redondo (PADC), Óscar López (PASE), Edgardo Araya (Frente Amplio), Juan Diego Castro (PIN), Antonio Álvarez Desanti (PLN), Sergio Mena (PNG), Fabricio Alvarado (PRN), Rodolfo Hernández (PRSC), Carlos Alvarado (PAC), Jhon Vega (Partido de los Trabajadores), Rodolfo Piza (PUSC), Otto Guevara (ML), and Stephanie Campos (PRC). Only a few have a real chance at winning the election. However, it is a huge step for Costa Rican politics as until recent years the elections were split between two main parties. Out of the thirteen candidates, surveys held in November of 2017 show that there are four candidates with the greatest chance of becoming the next President of Costa Rica. These candidates are: Antonio Álvarez Desanti, Rodolfo Piza Rocafort, Juan Diego Castro, and Carlos Alvarado (Alvarado, Nov. 2017). Recent polls by the University of Costa Rica show candidate Fabricio Alvarado leading the polls with 17%. This poll predicts that no candidate will secure more than 20% of votes, less than half of the required votes to win the presidency in the primary elections. Fabricio Alvarado is closely followed by Juan Diego Castro and is greatly outnumbered by the “undecided” vote which makes up 27% of the poll. With such inconclusivity in the minds of Costa Rican voters, it is likely that the primary elections will be followed up by a runoff election (Rico, 2018).

The current leading candidate, Fabricio Alvarado is the representative for the National Restoration Party and is known for his work in journalism and as a Christian singer. A graduate of the University of Costa Rica with a specialization in Journalism, he has worked for CBN, the Costa Rican Christian Broadcasting Network, as well as other news networks, and is currently the director of the Christian music television program, Metamorphosis. The extremely conservative National Restoration party has typically been supported by evangelical Christians (a minority in Costa Rica), however, with Alvarado’s campaign has gained many Catholic supporters, a large demographic for the small Central American nation (Alvarado, Nov. 2018). Following a move by the Inter-American Court of Human Rights to legalize same-sex marriage in Costa Rica, Alvarado gained a huge amount of support as the opponent to same-sex marriage, an opinion shared by a majority of Costa Ricans (Manuel Madrigal, 2016).

Alvarado’s runner-up in the polls, Juan Diego Castro, is representing the conservative National Integration Party (PIN). Despite his current affiliation with PIN, Diego Castro was previously a member of the democratic socialist National Liberation Party (PLN) with which he held government positions. A graduate and practitioner of law from the University of Costa Rica, Diego Castro has also served as the Minister of Public Security and later the Ministry of Justice in the 1990s (Alvarado, Nov. 2017).

Among other key candidates is Antonio Álvarez Desanti of PLN, who faced controversy early in his career due to his stance on lesbians. He instructed officials not to allow “foreign lesbians” into the country and said that lesbians should be stopped at the border, and could be identified as women with short hair, wearing pants, and travelling without men. He has since renounced his decision, which was made in the early ‘90s, saying that his stance has since changed as it was a long time ago. Nonetheless, it may cause liberal voters to be hesitant in voting for him (Anders, 2017). Álvarez is ranked at 11% in the most recent poll by the University of Costa Rica, followed by Rodolfo Piza Rocafort of the Social Christian Unity Party (PUSC) which has had its fair share of scandals over the past few years, Carlos Alvarado of the Citizen Action Party (PAC), the same party as the current president Luis Guillermo Solís, and Roldofo Hernández of the Social Christian Republican Party (PRSC) (Rico, 2018).

The winner of these upcoming Presidential elections will play a large role in determining the future of current economic, social, and political issues that have divided political parties and Costa Ricans in recent years. One of these issues is that of the fuel monopoly held by the Costa Rican Oil Refinery, also known as RECOPE. In July 2017, presidential candidates Guevara, Álvarez, Piza, Redondo, and Alvarado attended a debate held by a former CNN journalist on the matter. Guevara, Álvarez, Piza, and Redondo supported the idea of breaking up the monopoly. An idea that Guevara noted as “a libertarian idea, now being embraced by other parties” (Arias, 2017). Another key topic discussed prominent in the campaigns of the presidential candidates is the use of natural gas and energy along with the creation of an Energy Ministry, an idea which all five candidates at the debate agreed upon.

Same-sex marriage is another principal topic in the candidates’ campaigns. On January 9th, 2018, the Inter-American Court of Human Rights endorsed the legalization of same-sex marriage in Costa Rica. Being a majority Catholic Country, the Roman Catholic Church’s stance opposing same-sex marriage has caused resistance to the Court of Human Rights decision. The decision was a response to a petition by the current Costa Rican president, Solís, in 2016, whose goal was to increase rights for the LGBTQ community (Reuters, 2018). There is a growing trend in Latin America of legalizing same-sex marriage, precedented by countries such as Argentina, Brazil, Colombia, and Uruguay.

Perhaps the most significant issue in the Costa Rican 2018 presidential campaigns is the Cementazo Scandal which is currently under investigation— the issue that has caused the greatest amount of uncertainty among Costa Rican voters. Cementazo, literally translated to cement in English, refers to a corruption scandal involving the shipment of cement into Costa Rica. Prior to 2015, there were two businesses in control of the cement and concrete business, determining the pricing of cement. The companies both greatly benefitted from a law implemented in 2005 that prevented the entry of cement into the country that was over 45 days old, as cement can go bad over time. The government supposedly intended to lower the cost of cement and make the market more available to other competitors, despite concerns over the quality of the cement. Businessman Juan Carlos Bolaños created the Sinocem corporation in 2014 to import cement from China, stating that international certification companies would evaluate the quality of the cement. The government then overturned the 45-day rule based on a study that assured the cement quality being imported from China was up to standards, allowing Chinese cement to be commercialized.

In June of 2017, it became known that Banco de Costa Rica had approved a loan to Sinocem of nearly $30 million to import cement from China, with the guarantee being the cement, a decision many found concerning since cement has such a short life-cycle. Questions were also raised about Bolaños’s intentions as some of the funds were exchanged between several accounts. It also seems that influence from various congressmen, CEOs and even the current President of Costa Rica were a part of the decision. The commission investigating the case has been looking into meetings held between Bolaños and congressman and presidential candidate Otto Guevara, the board of directors of Banco de Costa Rica, and even President Solís (Alvarado, Oct. 2017).

Amid these controversial presidential platforms, Costa Ricans will elect a president who will represent them and create reforms and decisions that will greatly influence the future of the Central American country. With such uncertainty among Costa Rican voters, the initial round of elections will likely move to a second, run-off election. Despite Fabricio Alvarado’s current lead in the polls, 17% is not nearly enough to win the run-off. With only weeks away, Costa Rica’s presidential elections are far from predictable, yet will shape the future for Costa Ricans for the next four years.