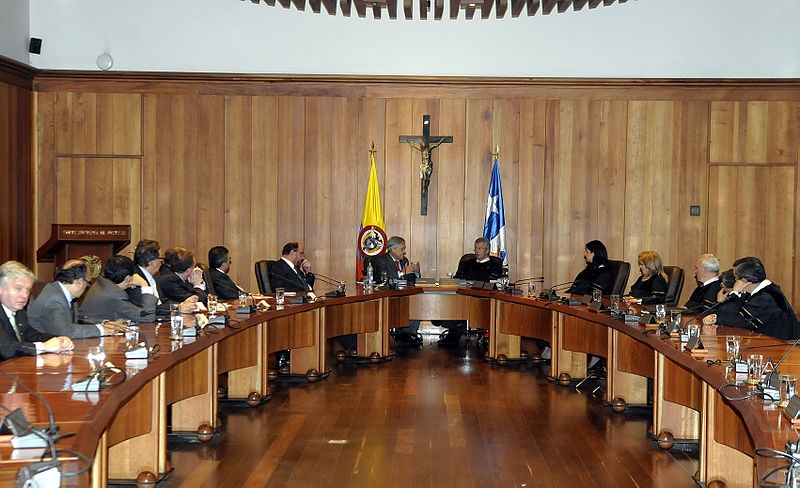 Earlier this month, Colombia held a historic parliamentary election, as it included candidates from the former militarized guerrilla group, the Revolutionary Armed Forces of Colombia (FARC).  The success of the election and its results may be a projection of the upcoming presidential election at the end of May, as well as a hint to outside investors of the country’s ability to maintain a stable economic sphere.

As many analysts expected, FARC’s agenda did not receive much support, and its candidates received under 0.5 percent of the overall vote.  Of course, FARC will still hold 10 seats in the Senate - five seats in each of the two chambers - , as was agreed upon in the 2016 peace deal (Rueda 2018).

Despite the memorable peace accord between the FARC and the current Colombian administration, the votes of Colombia’s citizens during the parliamentary election suggest that a majority are not yet ready to forget the 200,000 politically-inspired deaths prompted by the group.  Current President Juan Manuel Santos’ bloc, the Party of National Unity, finished fifth overall, despite being the largest political group in the departing congress (Rueda 2018). On the contrary, former president Álvaro Uribe’s party, The Democratic Centre, which does not support the highly controversial peace deal, won the most seats in the election.  Right-wing parties, while failing to win an overall majority, were the most-favored (BBC 2018).

Still, a number of left-leaning allies were able to secure their seats, including the first openly-gay member of Congress, Mauricio Andrés Toro Orjuela.  Angélica Lozano Correa, an openly-lesbian candidate, was also elected into the House of Representatives, where she joins her partner Senator Claudia Lopez, who is running for the Vice-Presidency alongside Sergio Fajardo with the Colombia Coalition (teleSUR 2018).

The overall push towards the right, though, has many wondering if the upcoming presidential election will follow suit.  Reflecting the results of the parliamentary election, Senator Ivan Duque, who is Uribe’s personal choice for his party’s presidential candidacy, tore past his conservative competitors in the primary election.  Taking home a majority in an election counting more than 5.8 million votes, Duque enjoyed more support in his primary election than either of the top finishers of the 2014 presidential election were able to garner (Rueda 2018).

The current spread of pro-peace deal candidates and their opponents threatens to further splinter the vote for the left.  Voters in support of the pact will be able to choose between Gustavo Petro, Sergio Fajardo and Humberto de la Calle. Fajardo and Calle are under pressure to join teams, as critics of the peace deal vote only have two candidates to which they can give their votes: Ivan Duque and German Vargas Lleras of the Radical Change party (Rueda 2018).

The uncertainty this projection spells for the outcome of the presidential election, though, has many investors on edge.  Analysts currently predict that Colombia’s economy will expand about three percent by the end of the year. However, it is also estimated that the government will have to invest billions of dollars in the reintroduction of FARC members into society, and there are even more costs associated with offsetting the group’s impact on certain economic sectors (Kissi 2018).

On the other hand, any decision from a conservative candidate to overturn the peace deal could return the country to an unstable state, making it more difficult for foreign investors to navigate a charged landscape.

Right now, though, President Santos does not see the parliamentary election as a prophecy for future hostility.  Instead, following the peaceful elections including the FARC, a feat many would have not believed possible when Santos first took office in 2010, the president was moved to reopen peace talks with the National Liberation Army (ELN).  After the FARC entered initial peace talks in 2012, the ELN moved to occupy territory previously controlled by the FARC.

Discussions with the ELN were suspended January 29 after seven people were killed and 40 were injured in a series of attacks on police stations.  The Colombian government blamed the ELN for the attacks, of which the rebels only admitted their involvement in one of the three (BBC News 2018).

Now, Santos is applauding what he calls, “...the most peaceful and transparent elections in half a century,” and believes that, like the FARC, the ELN can trade “...the bullets for votes” (BBC News 2018).

Kissi, Dawn. 2018. “Colombia’s elections are seen as a test of whether investors will ‘look beyond’ a fragile peace.” 10 March. CNBC. Available to read here: https://www.cnbc.com/2018/03/09/colombias-elections-are-seen-as-a-test-of-whether-investors-will-look-beyond-a-fragile-peace.html [Accessed 13 March 2018].